Guest Post: A Journey of a Thousand Miles, Part 2 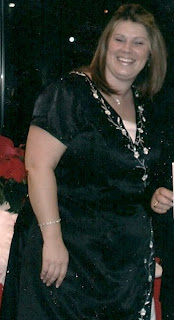 As mentioned, I had lost weight previously. I had actually lost about 60 pounds ten years ago. This time however, was different. I wanted to not only lose weight, but also get healthy and set some long-term goals. Before, when I lost weight, when I hit my goal, I didn’t have a plan. I was so focused on the weight loss that I had no plan with what I would do AFTER I lost my weight. Previously, my goal was to get skinny – now I had to mentally prepare to get healthy.

This time I knew that I had to mentally prepare for the long haul – the rest of my life. I knew the weight would come off, and since it took me a few years to put it on, I was going to give my body the time it needed to get rid of it healthily. I will tell you from personal experience, there is no quick fix in weight loss, especially when you have to lose over 100 pounds. I went to the doctor when I was at my biggest, and experiencing severe shoulder problems – and she classified me as MORBIDLY OBESE! What???? Not just obese, but morbidly obese. There is only one step above that … GROSSLY OBESE! I had to mentally prepare for and be okay with the fact that it would take time to lose weight correctly. I needed to be committed to be in it for the long haul. But I knew that I had to do it in a way that I could sustain. I knew that the time was going to pass anyway, and I could whine and complain and feel sorry for myself, and the time would pass anyway, or, I could do something about it, and be in a better place a year from then.

I also had to be brutally honest with myself. This was going to require a lifestyle change. I had to prepare myself mentally, physically, and emotionally to lose 100 pounds. This wasn’t me trying to recover from a bad meal, or a binge week – I had to recover from years of self-neglect, and there is no magic pill for that.

Its funny because people today constantly ask me what I did to lose my weight, as if it happened overnight! They are seeing the end result of a nearly two-year process! I know it frustrates them when I answer with – learn to eat right and exercise!

Part of my mental preparation was to recognize that I had to stop making excuses for the way I was. I can still to this day hear the justifications that went through my mind as my weight crept up! I had been diagnosed earlier in life with an underactive thyroid. Thank heaven this weight gain is not my fault – I have an underactive thyroid! I have a slow metabolism – another great justification for why I was gaining weight. Yah, slow because it was clogged with my bad food choices and lack of willingness to exercise! Remember, I hadn’t been heavy all my life, so it’s difficult to blame it on my genes or justify that medical ailments were causing my weight gain. I had to shift my paradigm and realize that my medical ailments were a result of my weight gain – I IDID control that!

I had to come to a realization that my relationship with food was the root of my problem! I had to have a proverbial “come to Jesus” with myself about why I eat food, and more particularly, why I ate too much and especially why I ate the wrong kinds.

Recently I was watching a TV program about people who had large amounts of weight to lose. In an interview with one of the participants, they made this observation that put my issue with food into perspective – he said that a drug addict gives up drugs completely to recover. An alcoholic gives up booze completely to recover. But when you are addicted to food, you CAN’T quit food cold turkey! When you are addicted to food, you have to re-learn how to eat, and what to eat, and most importantly, WHY eat!

My problem was food: too much of it, the wrong kinds, and eating at the wrong time. I was simply eating more calories that I was burning off. That needed to change. But I also had to be realistic. I was not going to be able to change every aspect of my relationship with food overnight! To do so would set myself up for failure, and I didn’t want to fail. You know that trite cliché – “nothing tastes as good as skinny feels?” Well I was ready for that change. For too long my mantra was “Everything tastes better than skinny feels!” I had a shift of paradigm. I knew in my heart and in my head that I didn’t like the way I looked, and would feel prettier, more confident, happier, and less depressed if I lost weight. I came to the realization that I was addicted to food, and I ate because I was depressed, bored, worried, scared, even happy – it was the remedy to every emotion that I experienced. Did you ever lose a good friend who has been there for you through thick and thin, through good times and bad times, through it all? Well, stupid as it sounds, I felt like I was letting go of a good friend.

But something that I learned as time went on was that sometimes you can have too good of a friend, a friend who is too up in all your business! I learned that food was a dysfunctional though necessary friend whose relationship I needed to redefine!

I can literally remember one of my first meals as I began this journey. It was at Subway with Kevin, my husband. I sat there and cried at the table because I missed the old way I used to eat! But I had mentally prepared myself for a yearlong journey – 100 pounds was not coming off overnight, no matter how much I wanted it too! A year was going to go by anyway, I might as well be 100 lbs lighter. 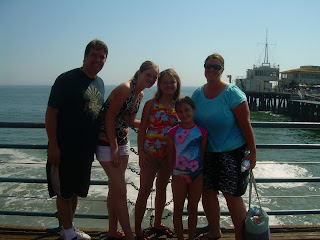 A Journey of A Thousand Miles…

I apologize for spending so much time getting to this point. Hopefully Jenna has edited it for me so this doesn’t read as a Joyce novel! (Jenna did not, because she loves every word from Amber!) But I can truly track my success in weight loss to my willingness to prepare mentally for the journey. It was as important to be emotionally and mentally ready, as it was to be physically ready to start.

I made one significant initial step on my road to losing weight. I recognized that I had to wean myself. I was convinced through the basic laws of nature and reason that if I consume fewer calories than I burn, I would begin to lose weight. This was going to be a heck of a journey, and I needed to set a pace early on that I could maintain. Otherwise I would set myself up for failure. My steps would require me to wean into or out of everything! Gradual, not drastic, was the key! And setting some goals and rewards along the way would

Step No. 1 – Eliminate Fast Food. Part of my addiction to food and my weight gain was based on the kinds of food I was eating. I told myself that whatever I ate, I had to buy at the store or prepare myself. You see, I realized that everything I put in my mouth had a caloric price. I had to eliminate the foods that had the highest price – calories combined with the convenience. Drive thru for a supersized value meal? It was too a high a price. This was the greatest sacrifice of my journey, to be quite honest. I loved fast food.

Step No. 2 – Healthy Breakfast and Lunch. The thought of going on a diet repulsed me! To be honest, diets set you up for failure. The moment you deviate from a diet, you fail. There is no flexibility. Diets just end up one failure after another. I refused to feel guilty about eating. I knew I was after a LIFESTYLE change. I had to eat to live. Moderation was the key. When people come up to me and ask me what diet I am on, I tell them the truth. No diet. I didn’t want to set myself up for failure. I knew that my weight loss would have to do more with changing my eating habits that I could live with for a lifetime. Give up chocolate for a lifetime, I think not! I wasn’t going to give up anything permanently, but again, learn moderation.

My breakfasts usually consisted of a protein shake, or a piece of fruit, or even a yogurt. I tried healthy alternatives, and enjoyed Kashi cereal also. You have to find multiple choices and things that work for you. When I didn’t plan, that’s when breakfast and lunch became unhealthy!

My lunches also were planned. Lean appropriate foods, again in moderation. If I had a sandwich, I eliminated the cheese and the mayo, but loaded up the veggies. My favorite fallback was Subway (I didn’t consider this fast food thanks to Jared!) I would eat there several times a week with Kevin, ordering a 6” Subway Club with no cheese and no mayo. A treat without the overindulgence. 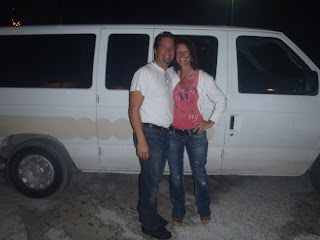 Step No. 3 – Learn Appropriate Portion Size. Did you know that a pint of Ben and Jerry’s IS NOT a single portion? Neither is a sleeve of Oreos! I realized that I had to teach myself what an appropriate portion size was no matter what I ate.

As I began to lose weight, I began to get excited. I decided as my body got used to the changes, I pushed forward. I began to learn to eat to be satisfied, not full.

One way I did that was to start eating Lean Cuisines. There are a multitude of prepared dinners out there, and I used my previous knowledge from Weight Watchers to understand what I could eat calorie wise for a dinner type of meal. I won’t lie to you and tell you that they are the greatest tasting meals, but I learned a valuable lesson by eating them. I also waited until I had my breakfast and lunch under control, before I made the dinner change. Small steps…nothing drastic. 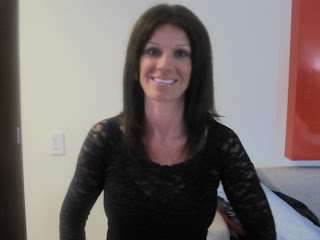 (continued with Step 4 tomorrow, when Amber gets moving!)
Posted by Jenna at 5:50 AM

Amber you look great. Thanks for posting your personal stories on Jenna's blog. It is very inspiring and I'm learning a lot. Thanks! I hope you both have a great day.

Again, thanks for sharing.

Amber you look AWESOME! and thank you so much for letting Jenna share your story it is so inspiring and it is helping me get my butt moving!!!

Loving this series...so inspiring. Thank you Amber for writing this out for us, and Jenna for sharing.

Thanks so much for sharing your story. I wish there was a magic fast way to lose weight. It's refreshing to hear that it's about a life style change. Your example helps me realize it is possible. Thank you