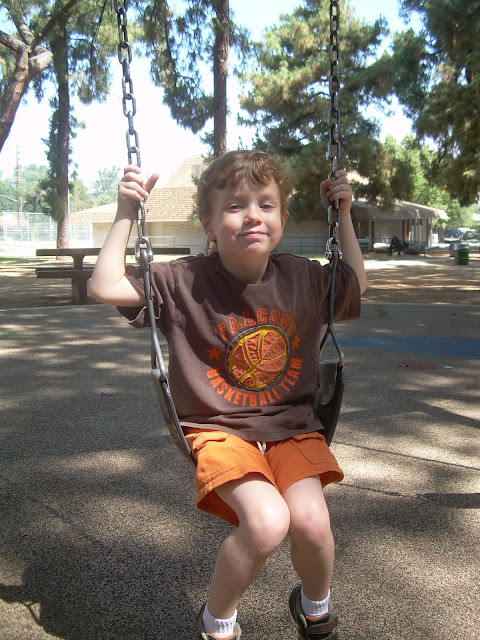 I woke up this morning with puffy eyes from crying so much yesterday after taking Aiden to the airport.  I had a little pity party, I admit it.  I hate it that my kids have to go back and forth, or worse, move to their dad's, and that I miss out on parts of their lives.  It's really, really hard.  I could say other mean things, but I'm trying to refrain.  *bites tongue*

I want to really make the most of this summer, though, whether I have one kid at home, or all six.  And I want to keep Conor busy and happy too, so we started our summer routine this morning.  Which basically means, don't go downstairs and turn on the tv, because we've got STUFF to do!

He woke up and got dressed, and I walked him through his new list of daily chores.  (He has weekly chores too.)  Maybe a post on that later.

The big plan for today was to go to the park.  Lyndsay was taking the car to a swim party, but the park is only a mile away, and the weather was so beautiful, so we decided to walk.  Conor doesn't normally opt for walking over driving, but I told him no complaining or the deal was off.  Not a negative word out of him. 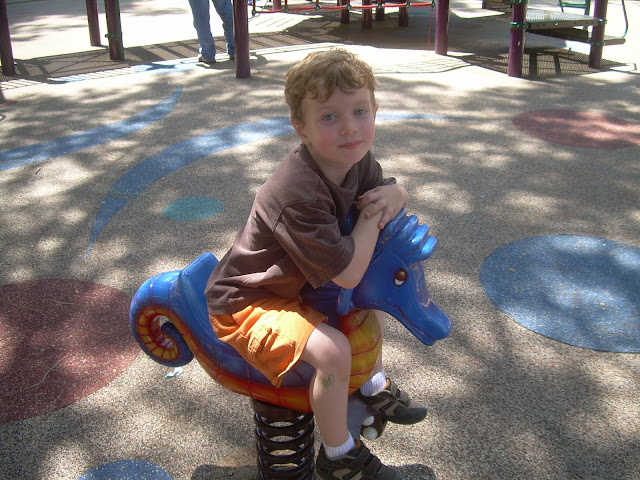 He played at the park for two and a half hours.  I was a little shocked, but it was so nice outside, and his best friend from kindergarten showed up unexpectedly.  Then later, he made a new friend in a kid named Gray, "like the color," he said when he told us his name.  They played for a good long time, and I finally had to say it's time to go.  And after all that, he walked the mile home happily and without complaint.  I told him how proud I was of him for his good attitude, and he said, "Why, thank you."

I let him watch a little tv and play some Wii while I got some things done and finished the book I'd almost finished at the park.  I fell asleep for a bit on the couch too, which was heavenly.  When I woke up we did some homeschool work.  Nothing big, some Phonics Pathways, he read some Frog and Toad to me, and he did some copy work ("Who Has Seen the Wind?"). 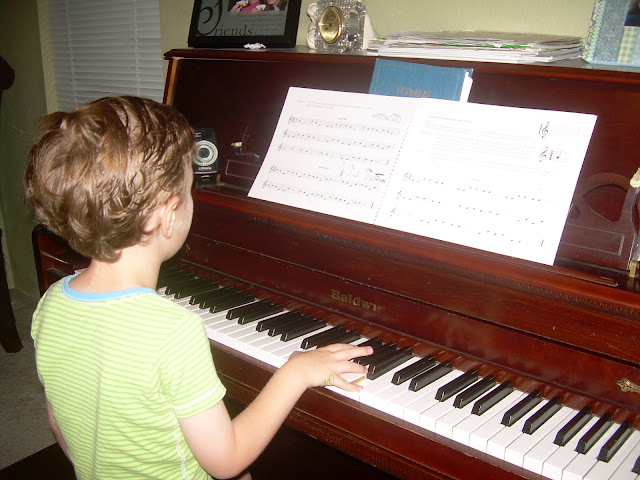 Then we had another piano lesson.  He's picking it up well and begs for more.  I'll enjoy that while it lasts, since I'm well aware that it doesn't. 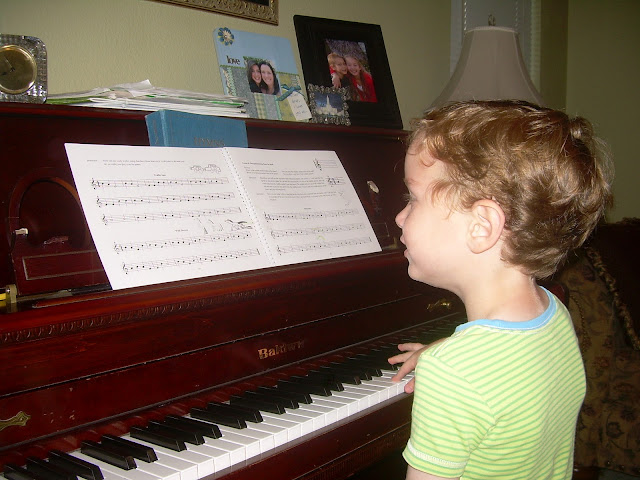 Dinnertime, bathtime, bedtime read-aloud.  Tonight we read D'Aulaire's George Washington.  We read Abraham Lincoln last week, twice.  He loved it.  I was going to take him to the library this week, but in going through all the bookshelves to clean out and make a donation, I realized how many hundreds of amazing books we already have thanks to years of homeschooling and should really make use of, so we're starting there.

Once little guy went to bed, I ran to the grocery store and bought a ton of raspberries and canning lids for tomorrow's project, raspberry jam.  Lyndsay and I are hanging out in the living room, reading and blogging.  I miss Aiden's face around here, but today was a good day.
Posted by Jenna at 9:12 PM