I don't know about 'special', but Saturday is a busy day, for sure! And this weekend was my last weekend before I become a working mom, which means things will only get busier. I'm really praying for the stamina I will need!

Before the football game, I took my meal plan and grocery list to the store to do the weekly shopping. 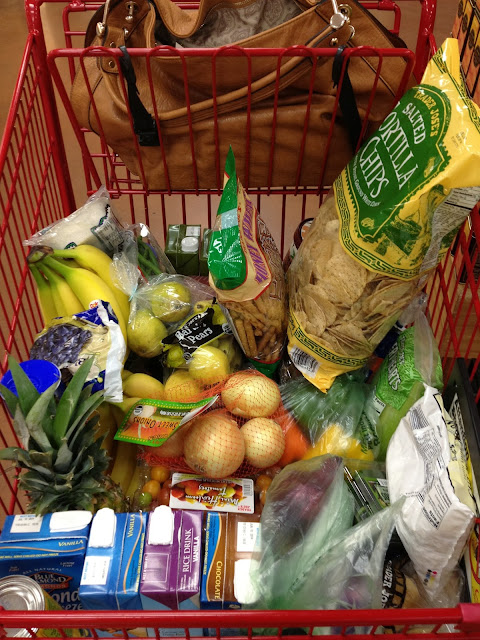 I got home in time to find Aiden in a panic that I might be late, which would make him late, but hey, kid, I got it covered. Carry in the groceries and calm down.

Then we headed over to the park for practice first (I read more of Outliers on my Kindle and Conor played on the playground equipment while Aiden was with his team.) 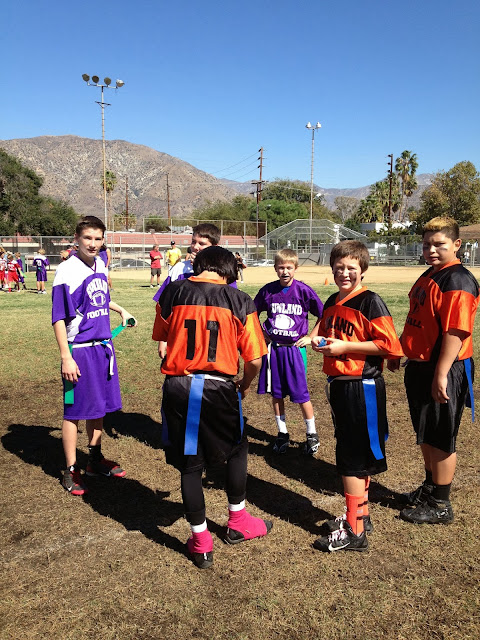 Then they played an awesome game. They ended up losing (and Aiden may have broken his hand when it got stomped on by a teammate, we're not sure yet), but it was action-packed and Aiden plays his heart out! It is so thrilling to watch him. He had some glorious plays, and as always, had a lot of fun. 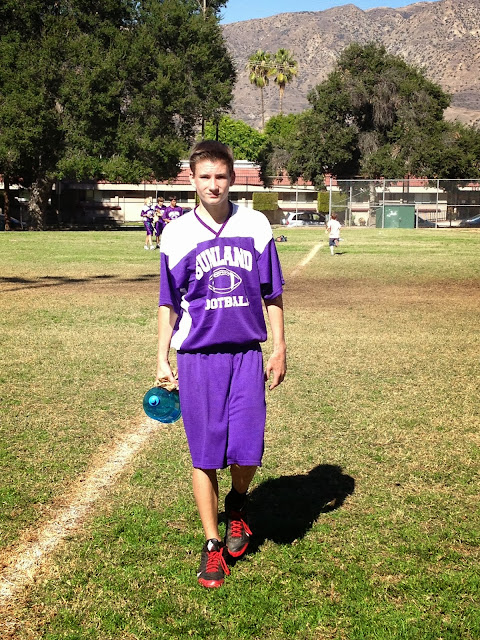 After the game, we picked up his friend Nick and headed up to the orchard where the boys work. They were so hot and tired (and injured), but bless their hearts, they got right to work.

I headed home, folded a load of towels, threw my bedding into the dryer, and took Conor out to the pumpkin lot/petting zoo. I love to go up to the big farm in October, but I just couldn't do it without Aiden. He would have wanted to be there. But I had seen a parking lot not far away that was fenced in and advertised pumpkins and a petting zoo, so that was a quick fix for Conor. 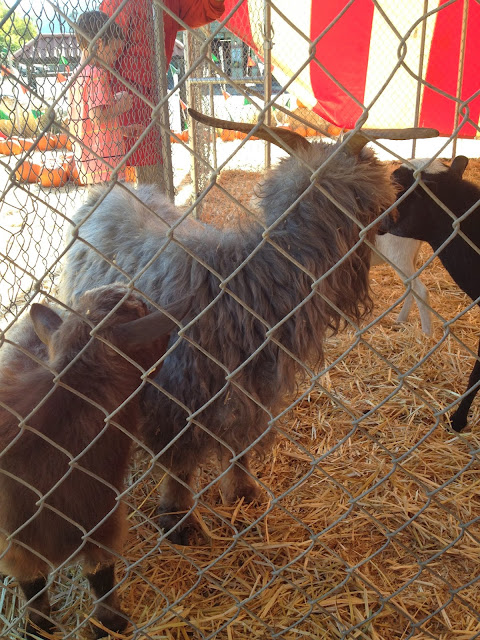 Just like my own kids when Mom's got a treat! 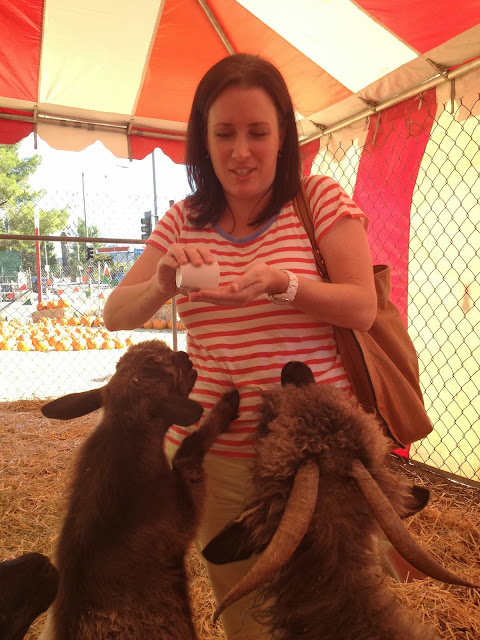 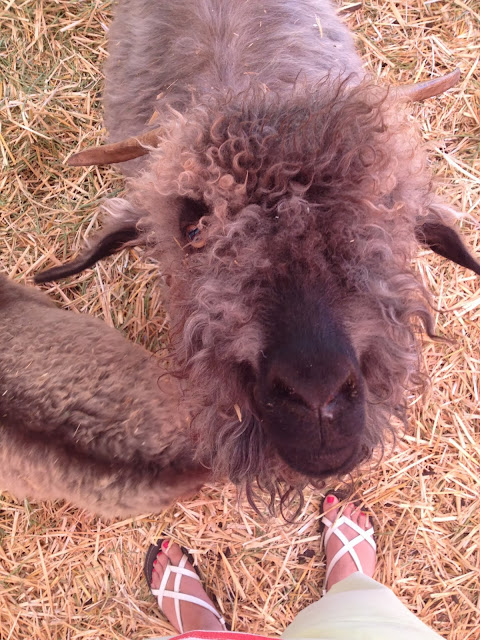 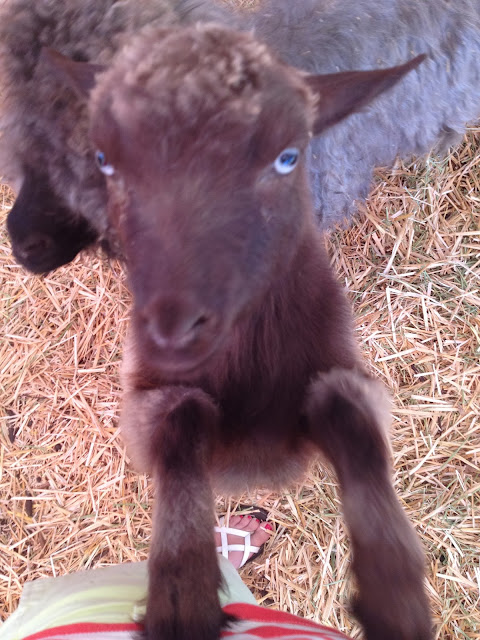 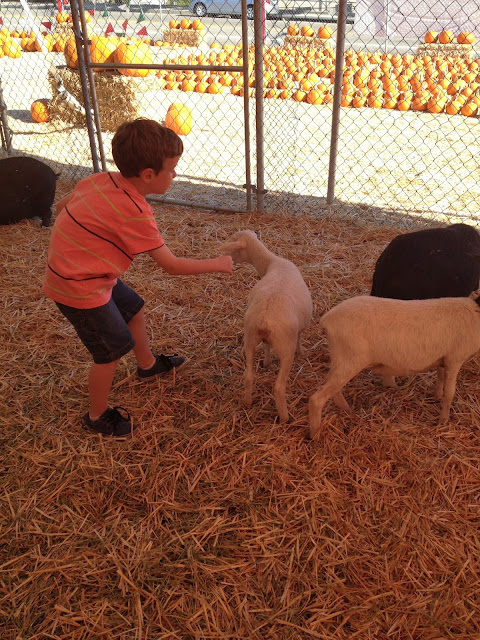 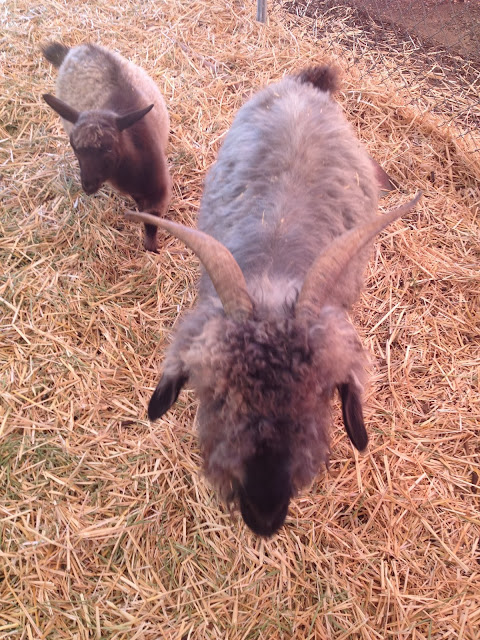 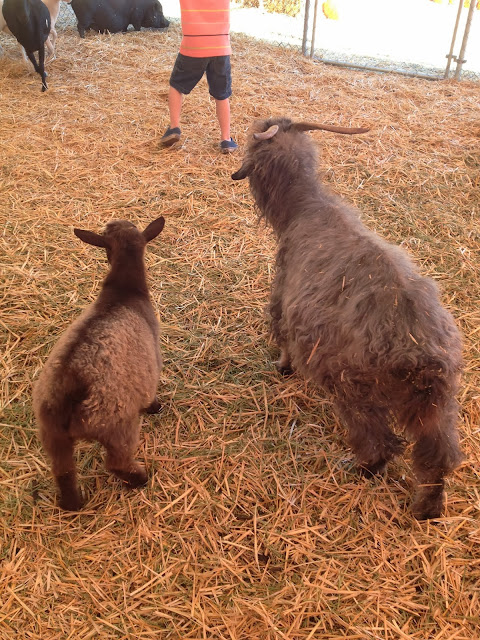 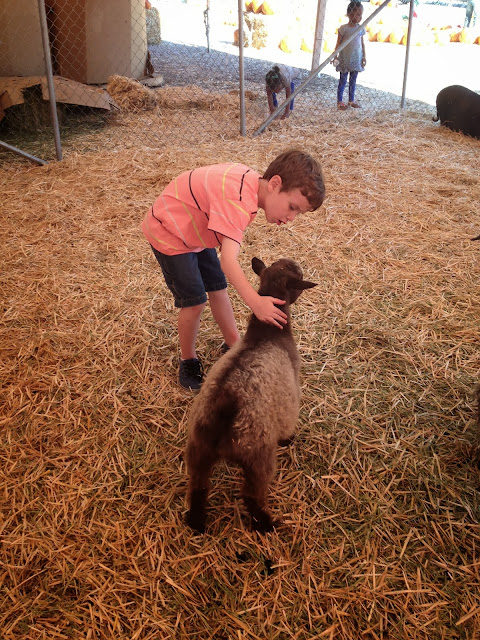 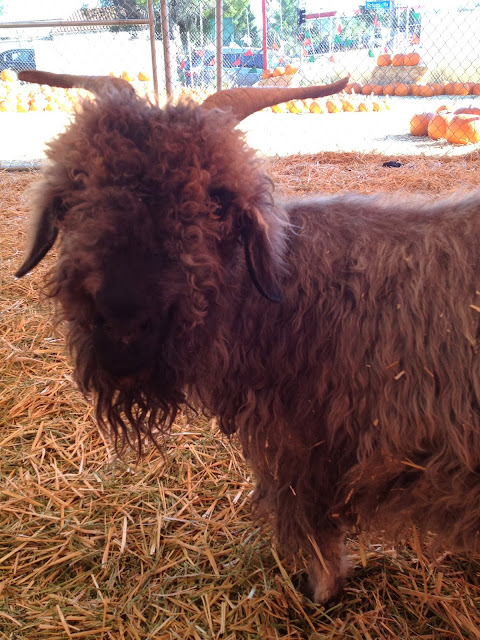 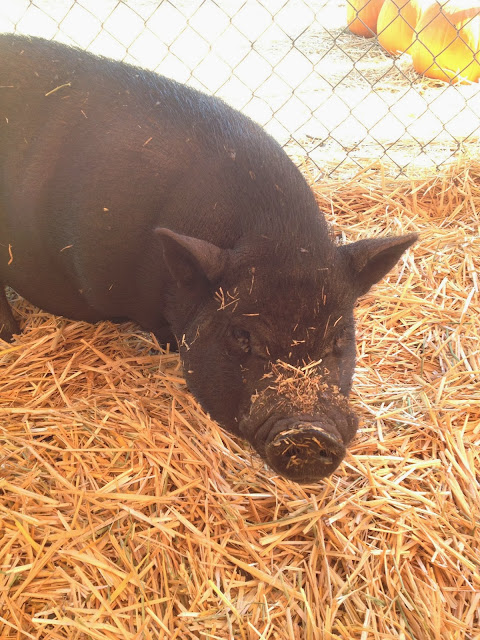 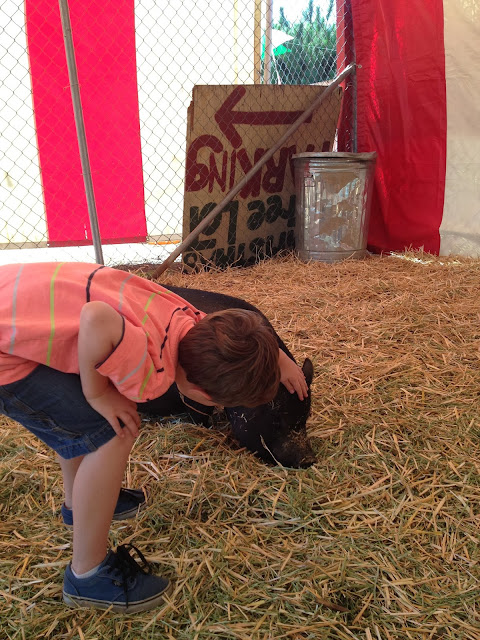 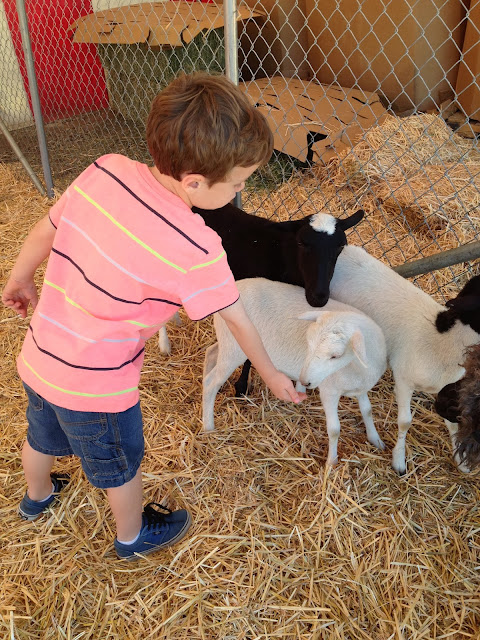 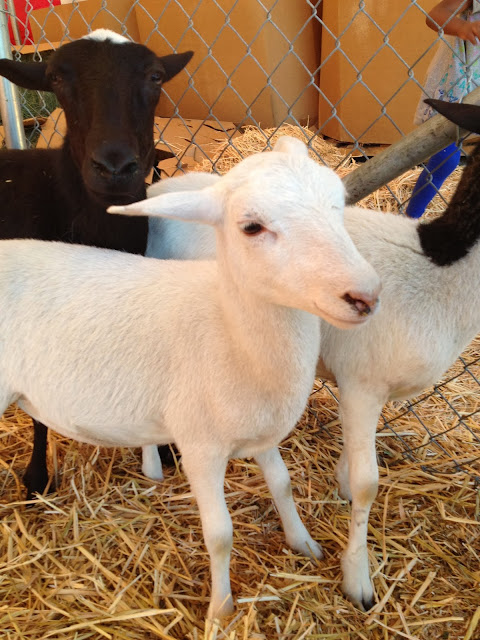 After the petting part, Conor got to choose one pumpkin. I like that they are the smaller pumpkins because those are good for cooking. I figured it could be an afternoon craft project for him now and pumpkin pie for us all later. 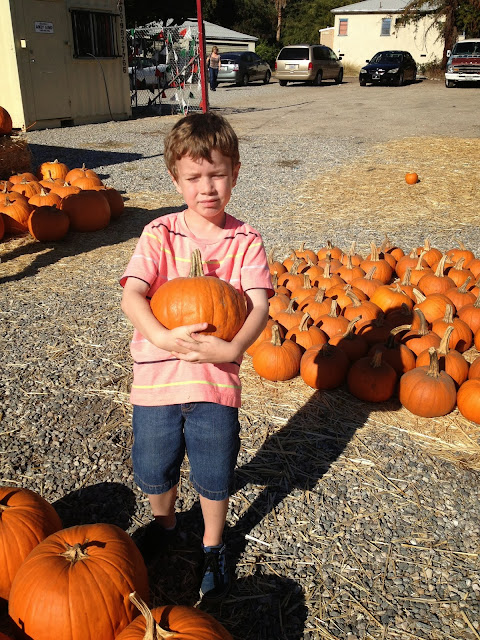 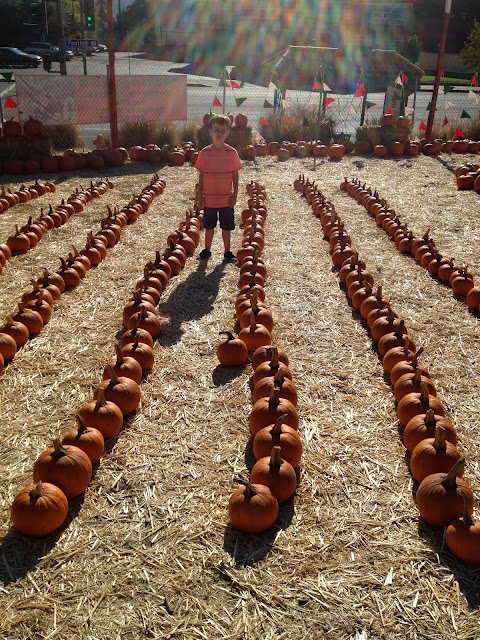 Back at home, I gave him some permanent markers and he set to work. Meanwhile I put the sheets back on my bed, and started baking. 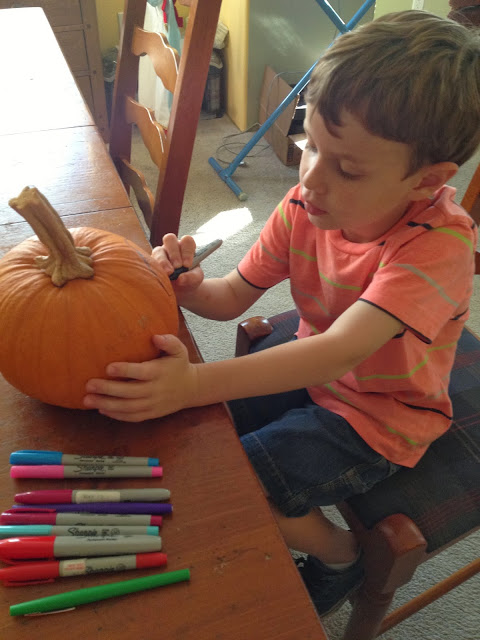 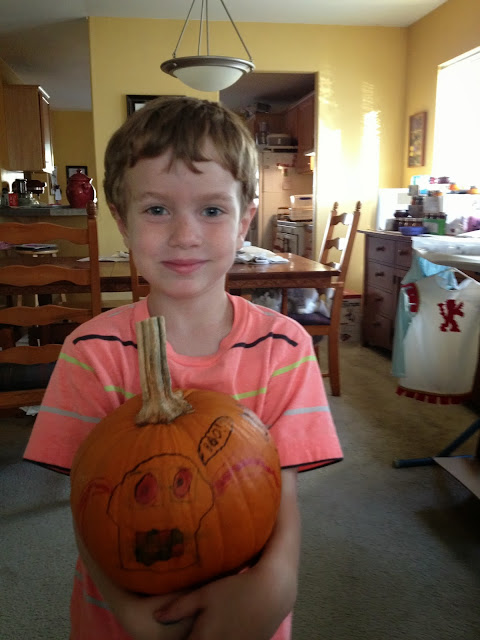 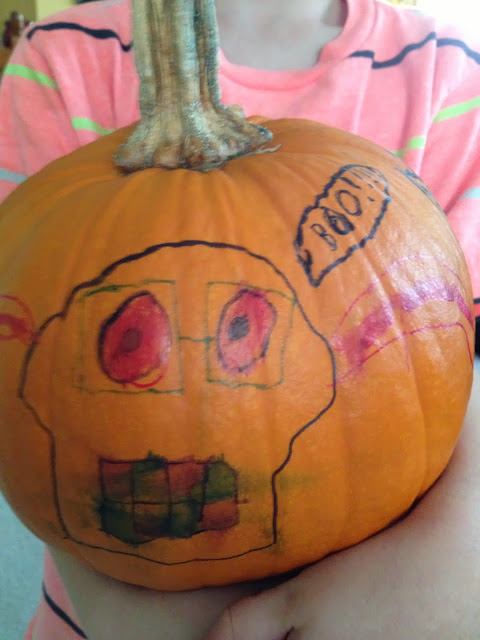 I made some chocolate chip oatmeal cookies to stock up the freezer for snacks and sweet tooth attacks when Mom's not home yet from work, or too tired to bake. 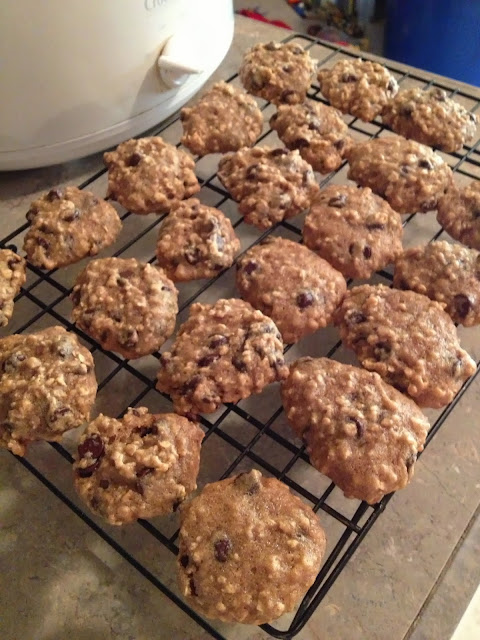 Ground up flour for the week. 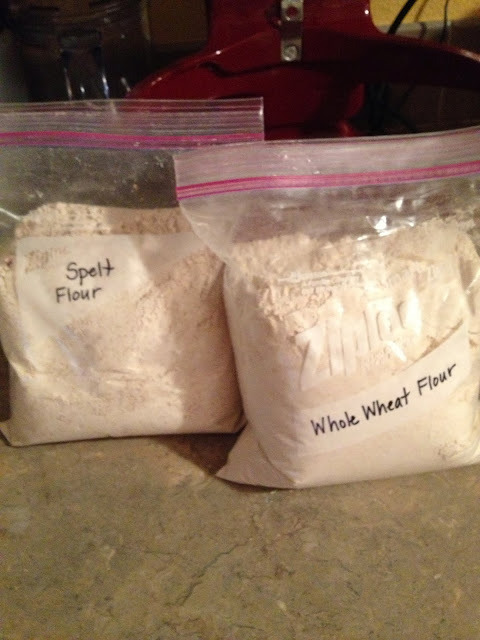 And made some whole grain blueberry muffins for breakfast on Monday, plus some for the freezer. It's going to take a bit of practice to get us back into this routine and to feed us all well. I do not want to slip into the "grab something quick" (takeout) mode. That's really important to me, but it definitely will require planning and follow-through. 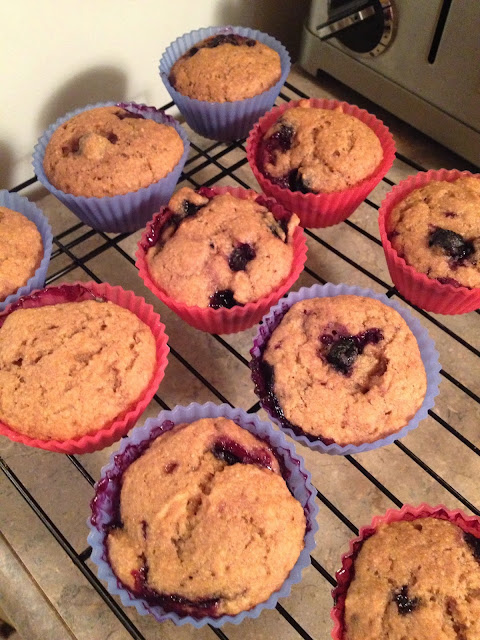 Once Conor was in bed, I sat down at the sewing machine to finish up his Halloween costume. It wasn't difficult, just time consuming, especially the boots. I ran out of thread just before making the belt  buckle decoration, so I'll have to do that later in the week, but it's mostly complete and we're both happy with it. 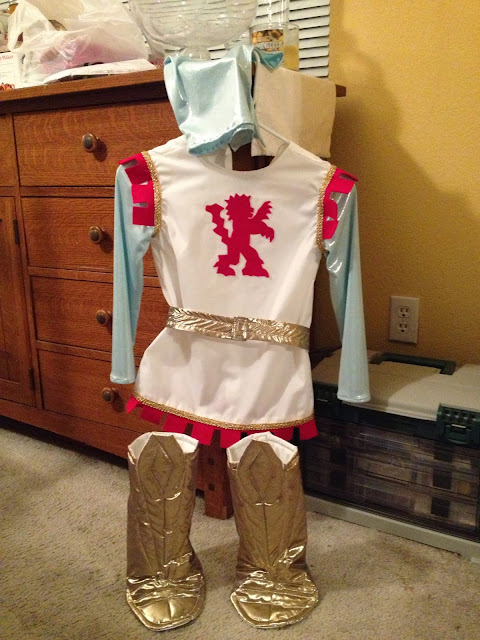 I finished up around 10pm. I read a little of 'Salem's Lot, my feature scary story for this season, and talked to Aiden a bit (who got home from work around 9:30 because he went out to dinner with his friend's family after they picked the boys up) before going to bed around midnight.

I am very mindful that my life is about to change forever tomorrow morning when I start my new job. Even though I've always earned money in some capacity, it's been in my home and I've pretty much been my own boss with a few exceptions. Now I join the ranks of Working Mothers Who Work Outside the Home. It's certainly not my ideal, but at the same time I am so grateful to be able to have the opportunity to learn and work at something that I love and have such personal interest in. I'm so grateful that it's at a hospital I love and that it's close to home. I'm grateful that I've earned the education that allows me this opportunity, and I feel inside that even though things are about to change, most of those changes will be positive ones for me, for those I'm able to work with, and even for my family.

Labels: baking, blessings, nurse, parenting, To be me

Wishing you all the best in your new job!

You know Jenna, Mom made that same costume for ash one year. I wish I would have known, I could have just sent it your way! Congrats on the job! I'm so excited for you!