A Weekend of Beaches 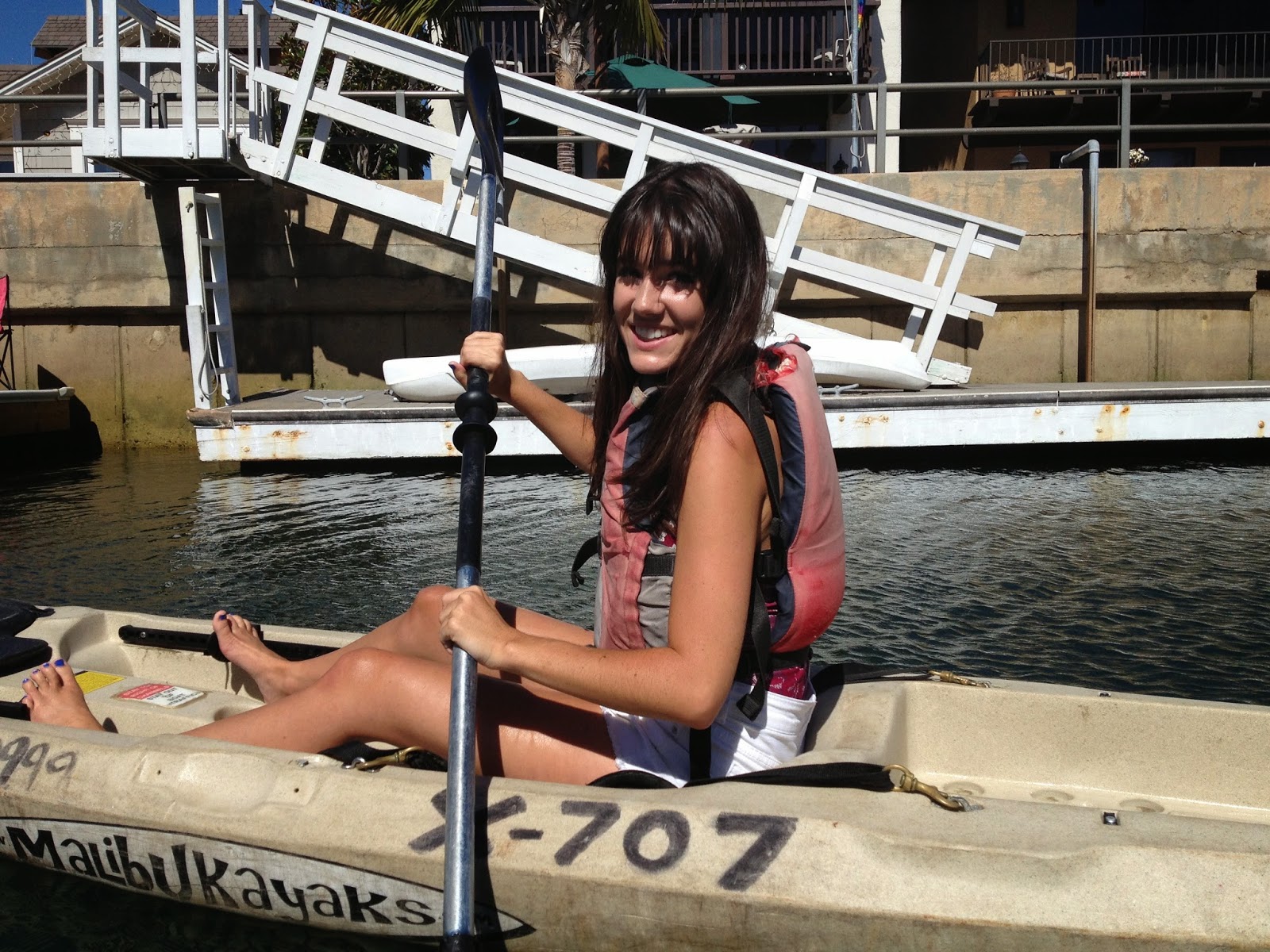 As part of Lyndsay's 20th birthday celebration, I wanted to plan some activities that would get us out and having fun. One of the nurses I work with told me that she had taken her kids to Long Beach to kayak around Naples Island. That sounded like so much fun, so we decided to plan that for Friday. Another nurse suggested that while we were in Long Beach, we just had to go get cupcakes at a little place called Frosted. She said it was the BEST. I love word of mouth recommendations because part of my problem is that I want to do things, but I don't know what to do.

I had a hospital training and Aiden had his last summer school session that morning, so we headed down to Long Beach around 1pm. We brought Aiden's friend Nick with us as well. The weather was beautiful, but it was a little windy, which gave us an extra arm workout, trying to keep those kayaks moving in the right direction. It was so much fun, though! 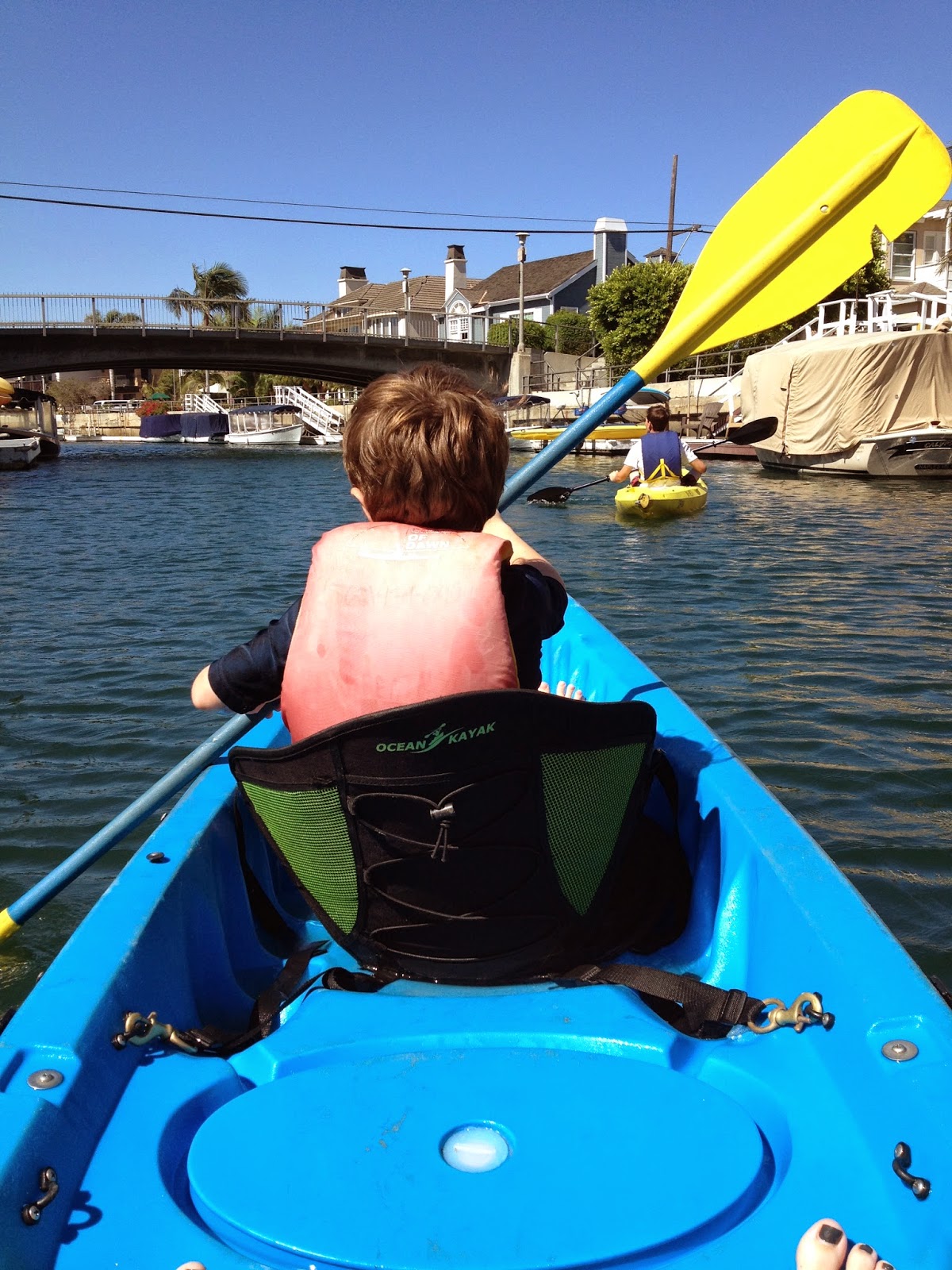 Aiden, Nick, and Lyndsay were in their own kayaks, and I had this cute little view in mine. Conor did an amazing job, working those little arms to row hard. We kayaked around the canals, admiring the beautiful homes on Naples Island. 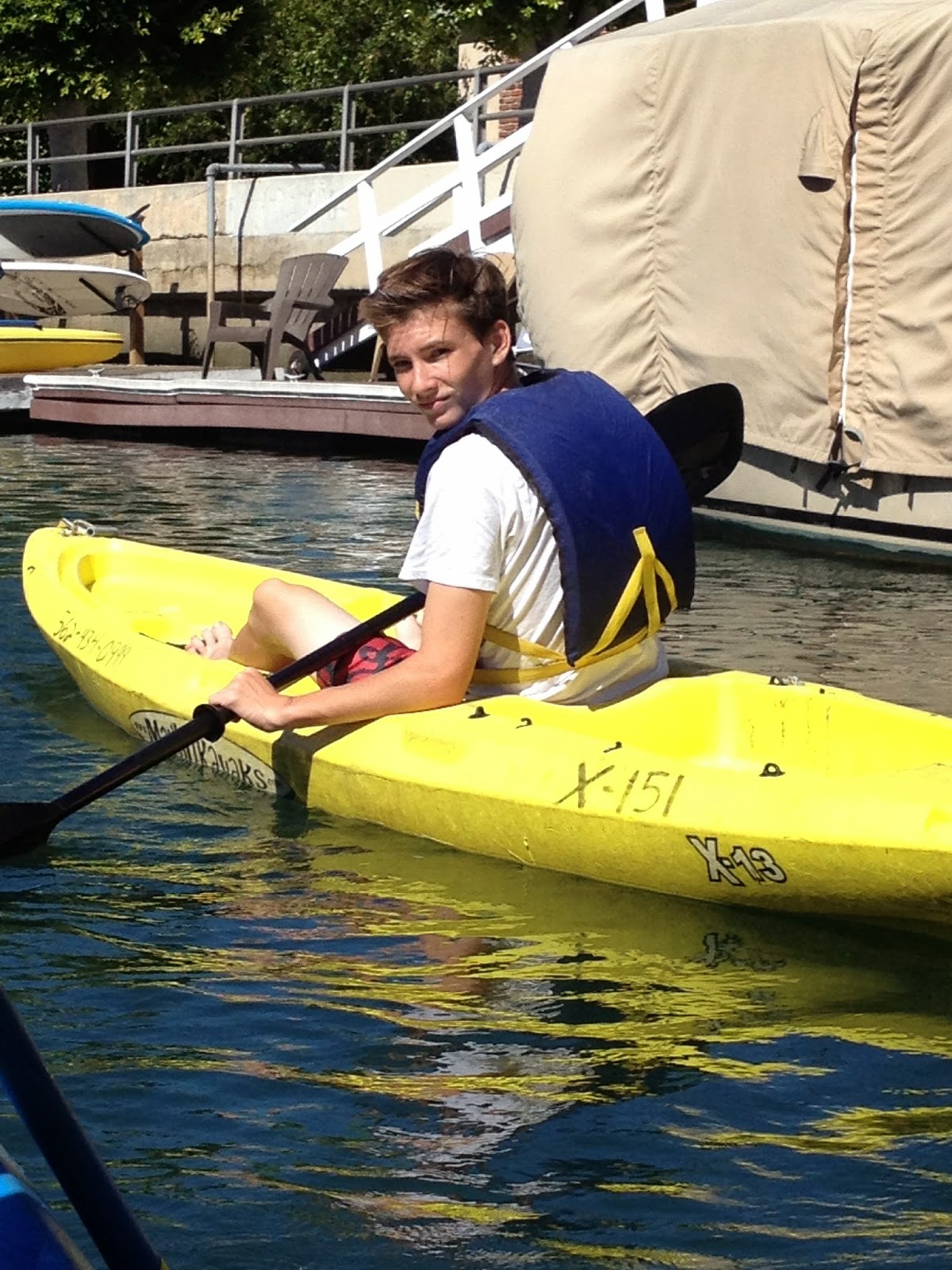 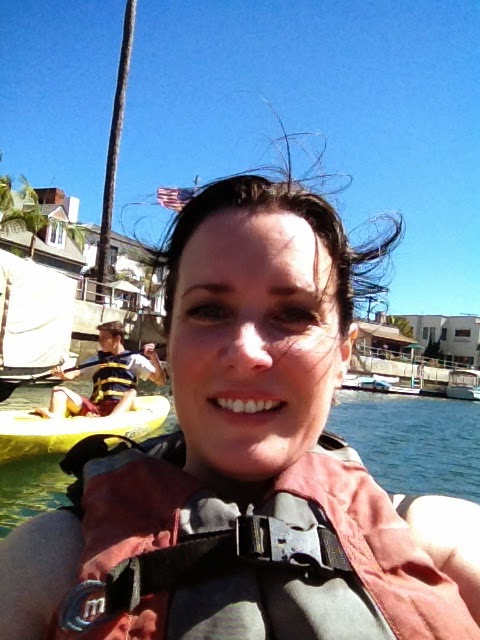 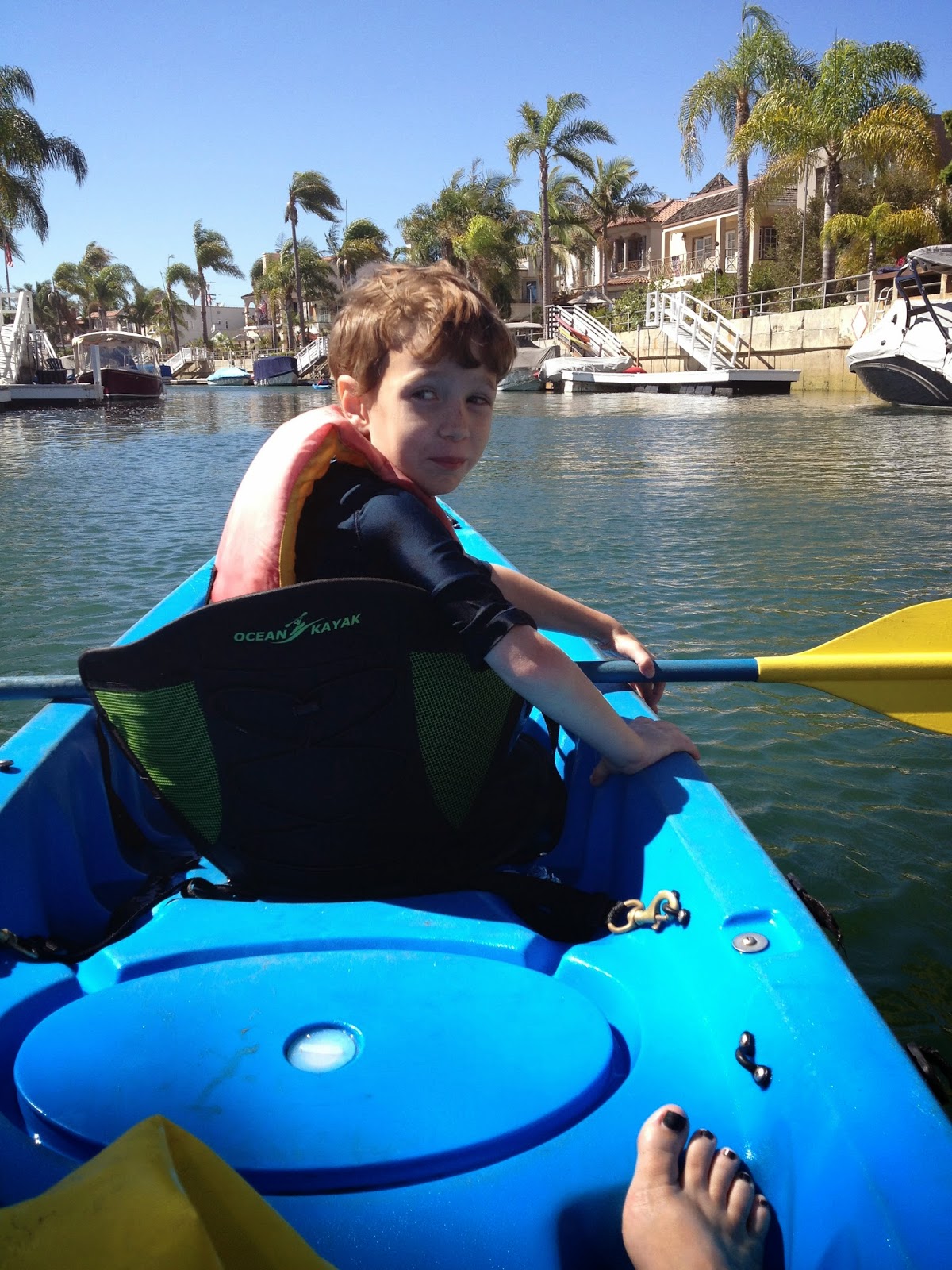 It was only $9/hr to kayak, and they provide the life jackets. Pretty good deal! Conor and I lasted an hour because of the wind wearing us out, so we rowed back to shore and he played in the water while the big kids stayed out in the bay longer. 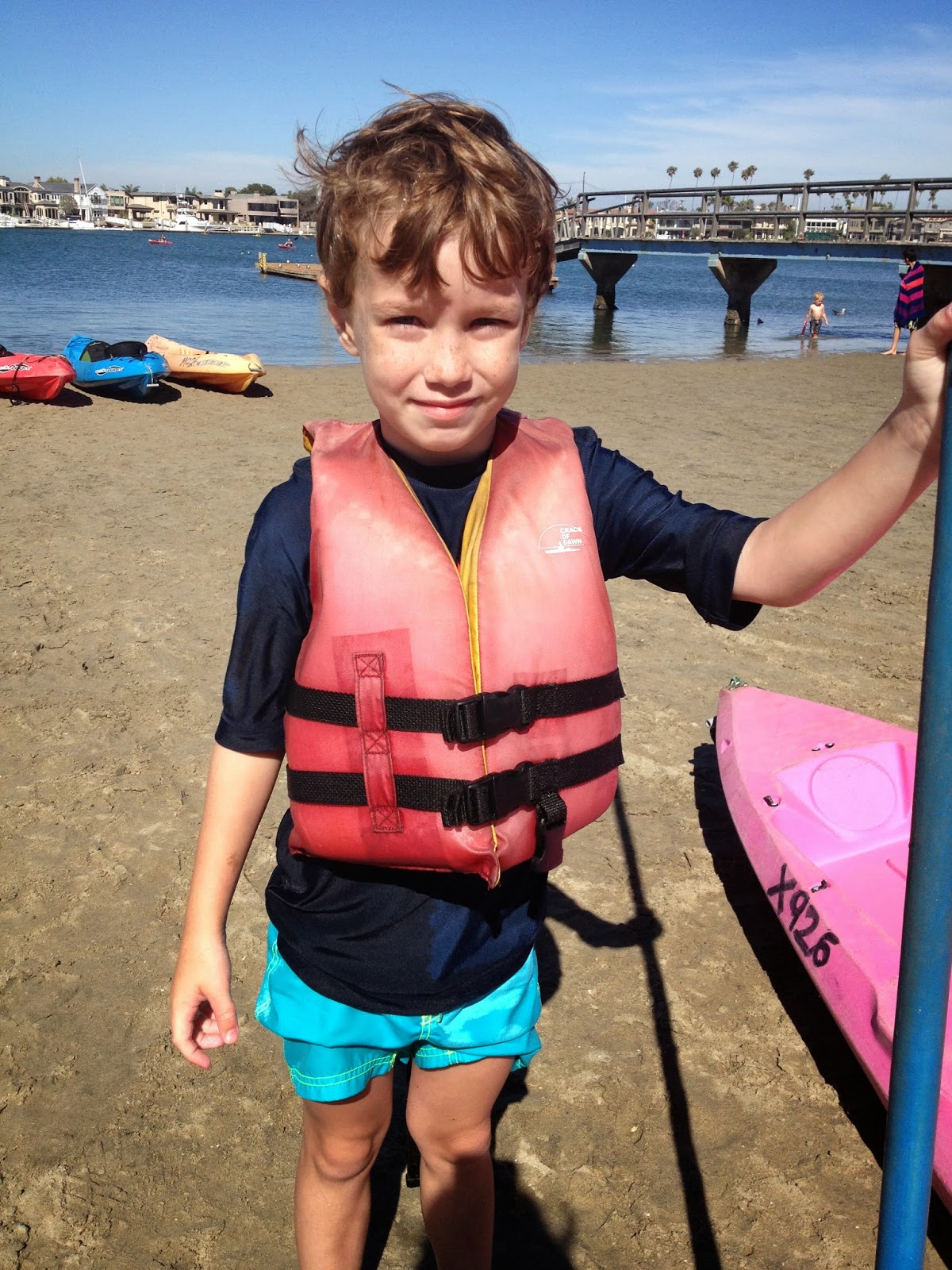 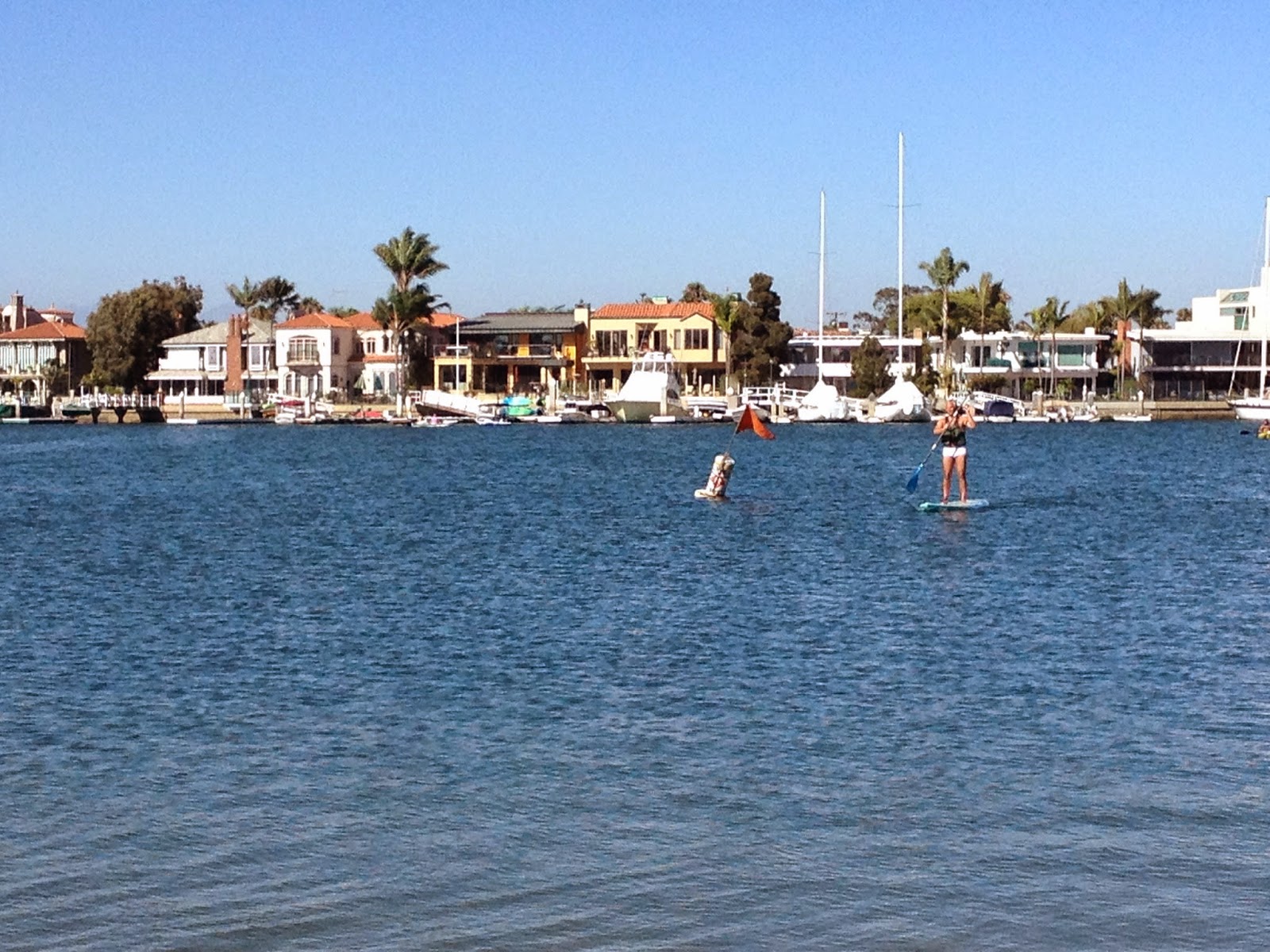 Then we drove downtown and ate dinner at Islands. They have one of my favorite salads. Having Aiden with us is a plus: he plays tight end on the football field and clean-up around the dinner table. He made sure every single dinner was finished. When we were done, we just passed our plates to him and he ate everything. 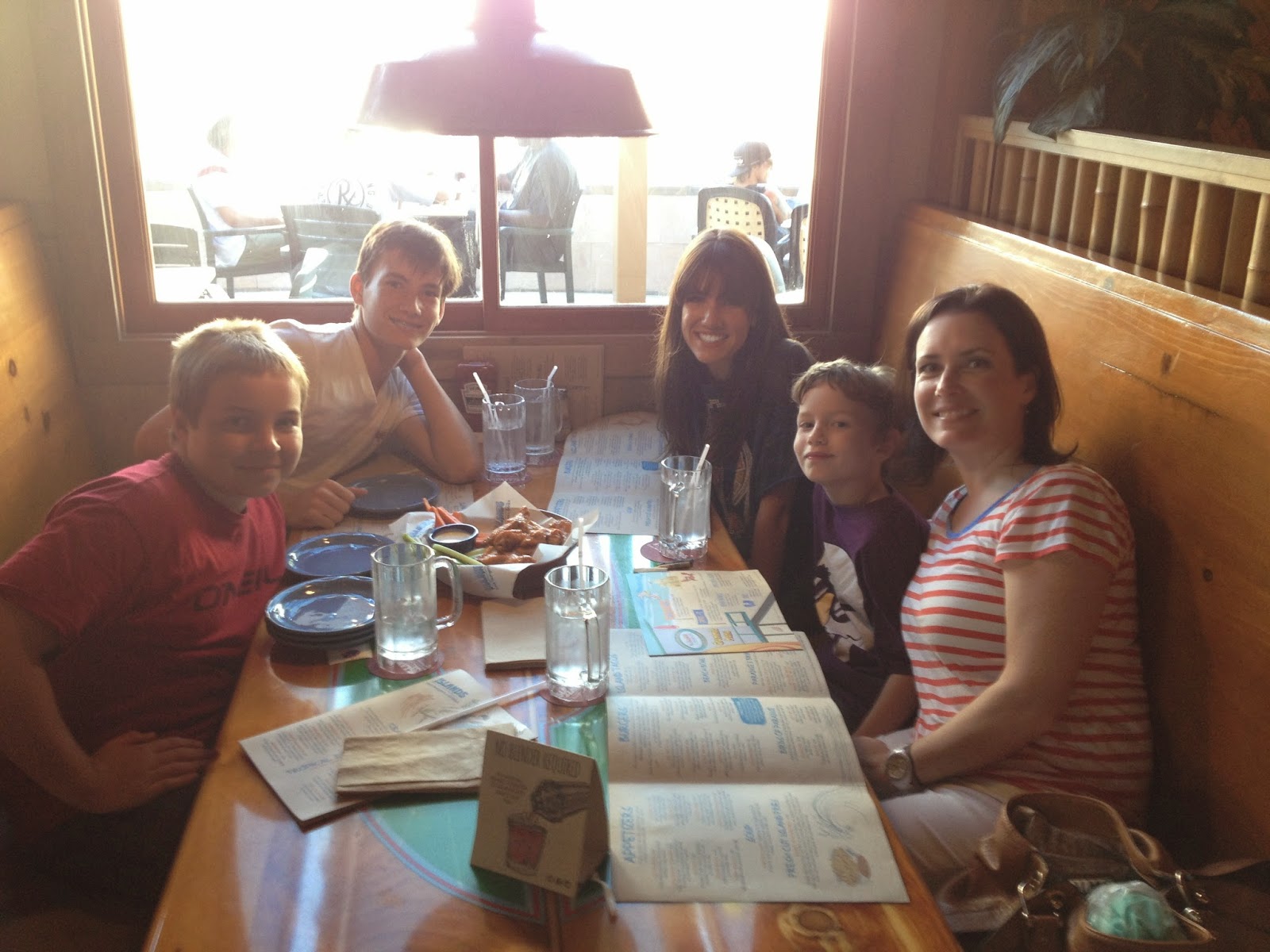 Then we found the highly recommended Frosted and had a great time choosing cupcakes. 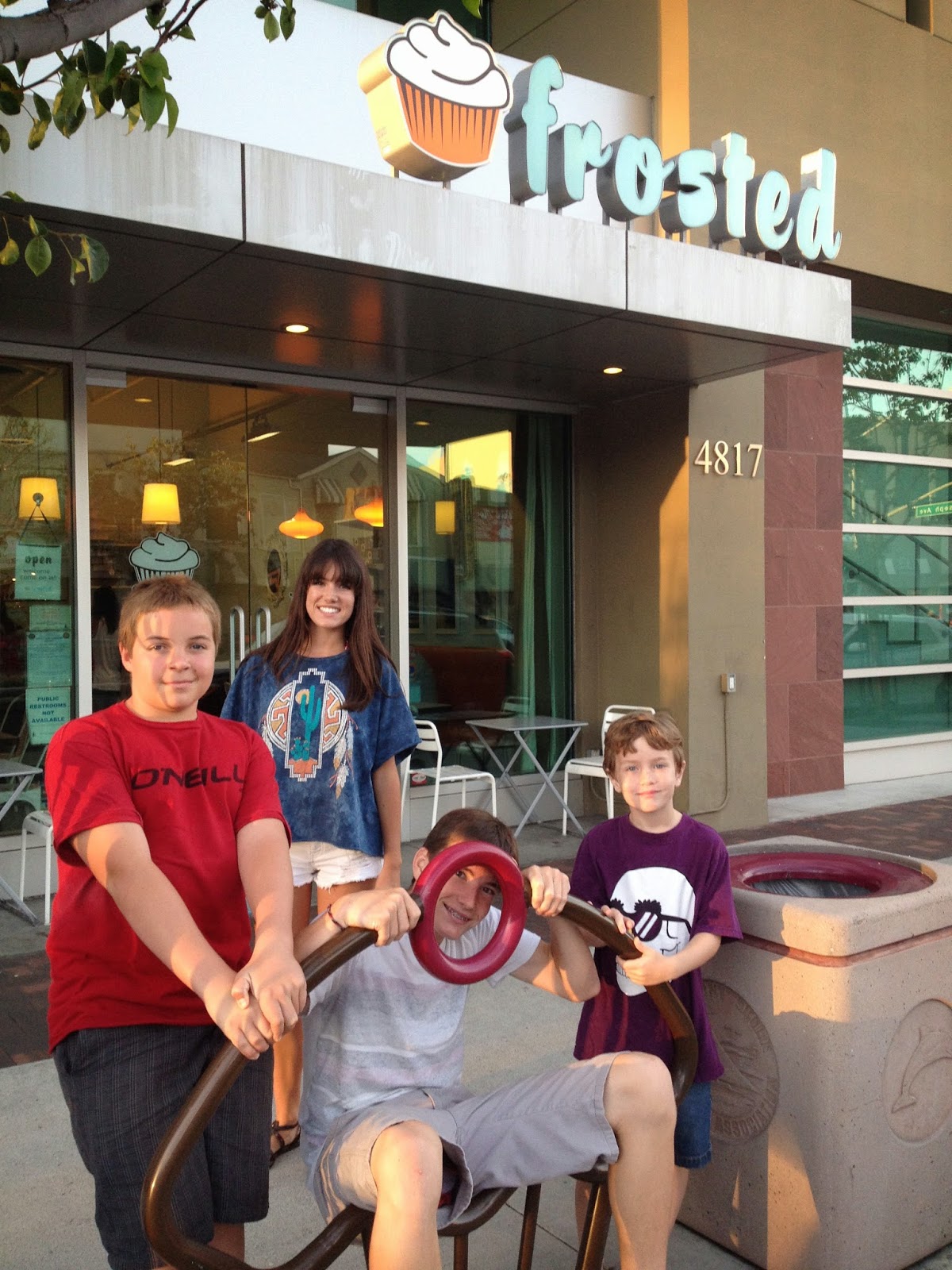 They were, indeed, seriously amazing. 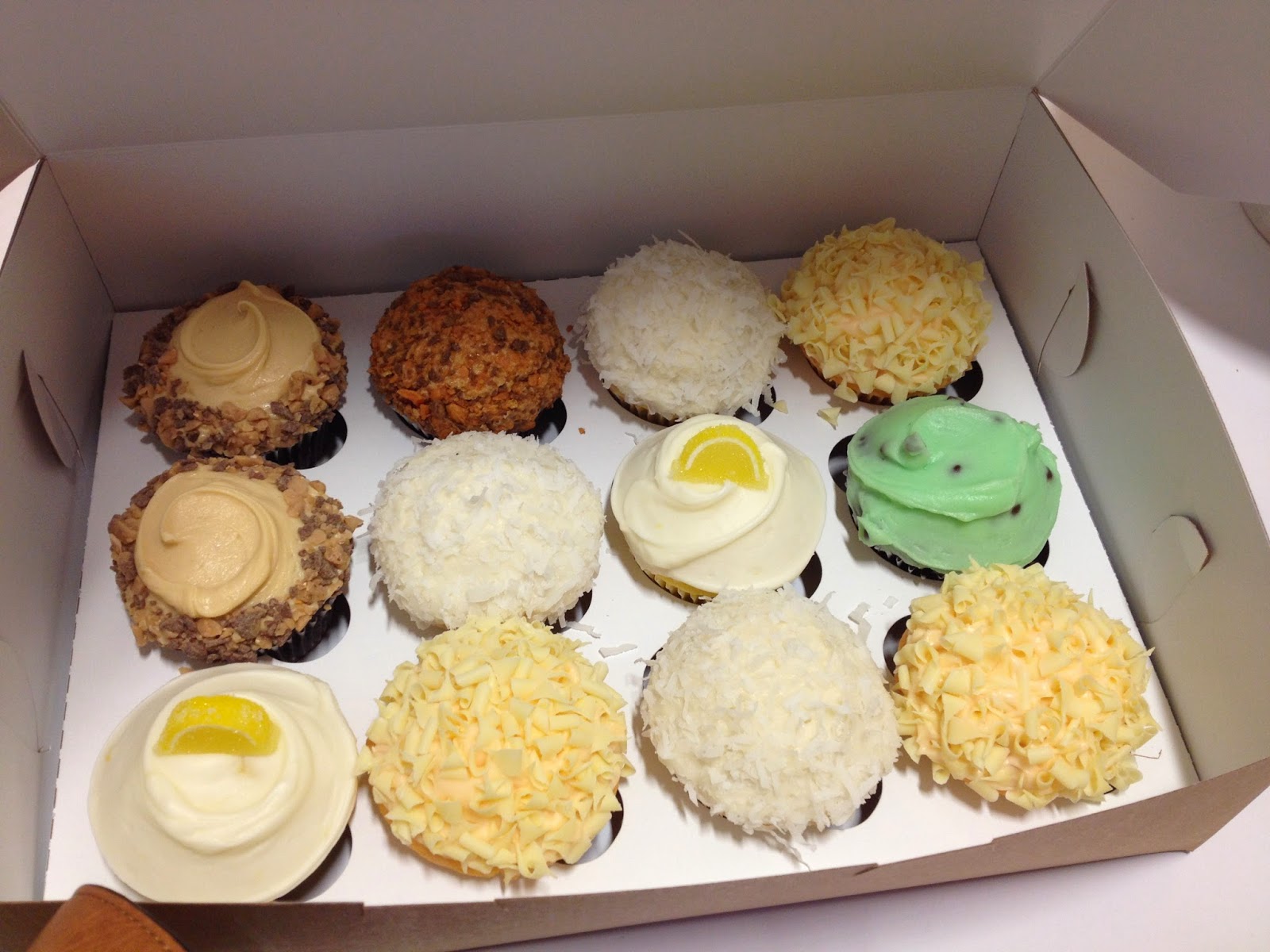 Aiden enjoying his Orange with Cream Cheese (that was so yummy!) 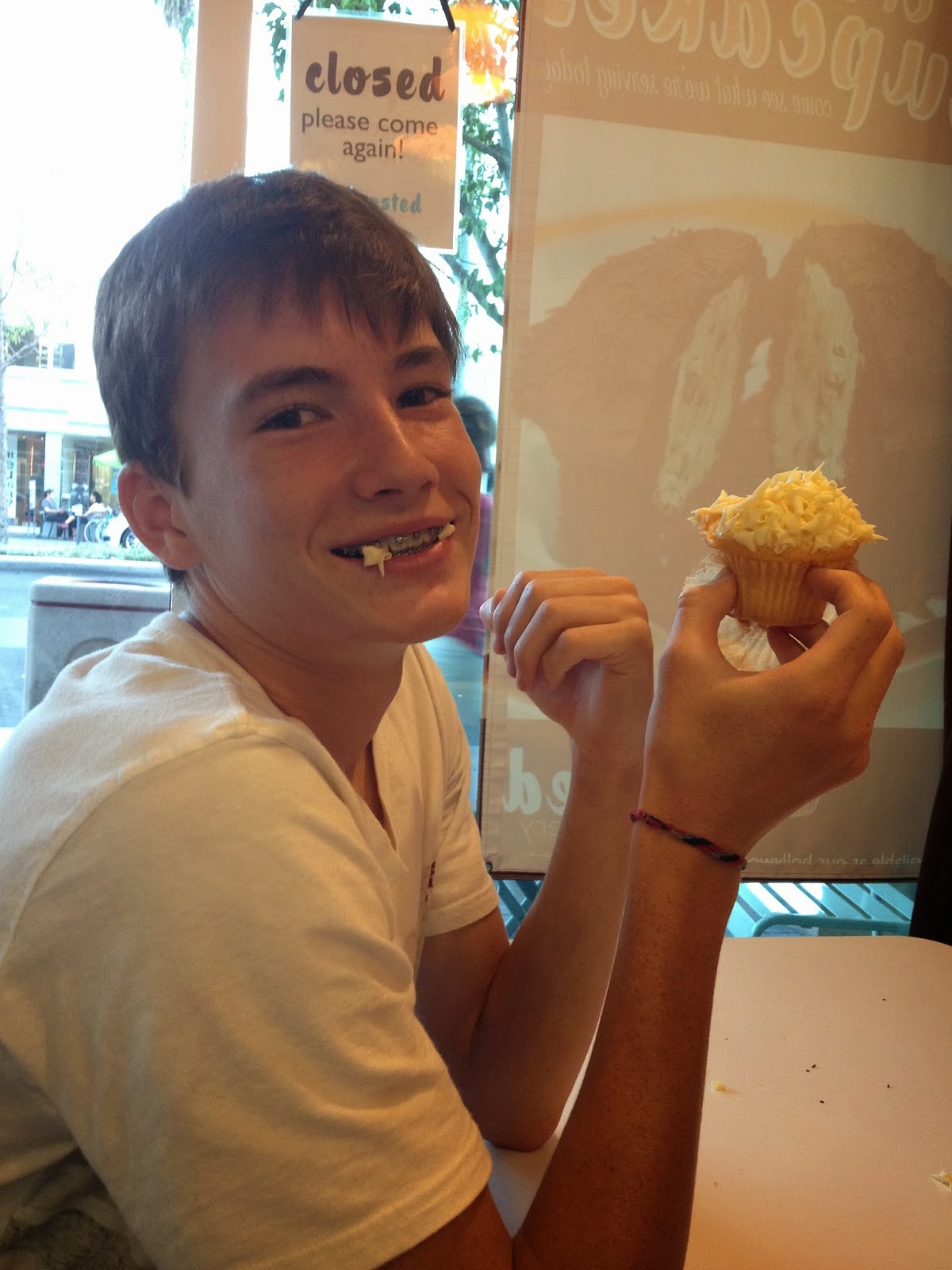 and Lyndsay with her Royal Coconut (delicious!!) 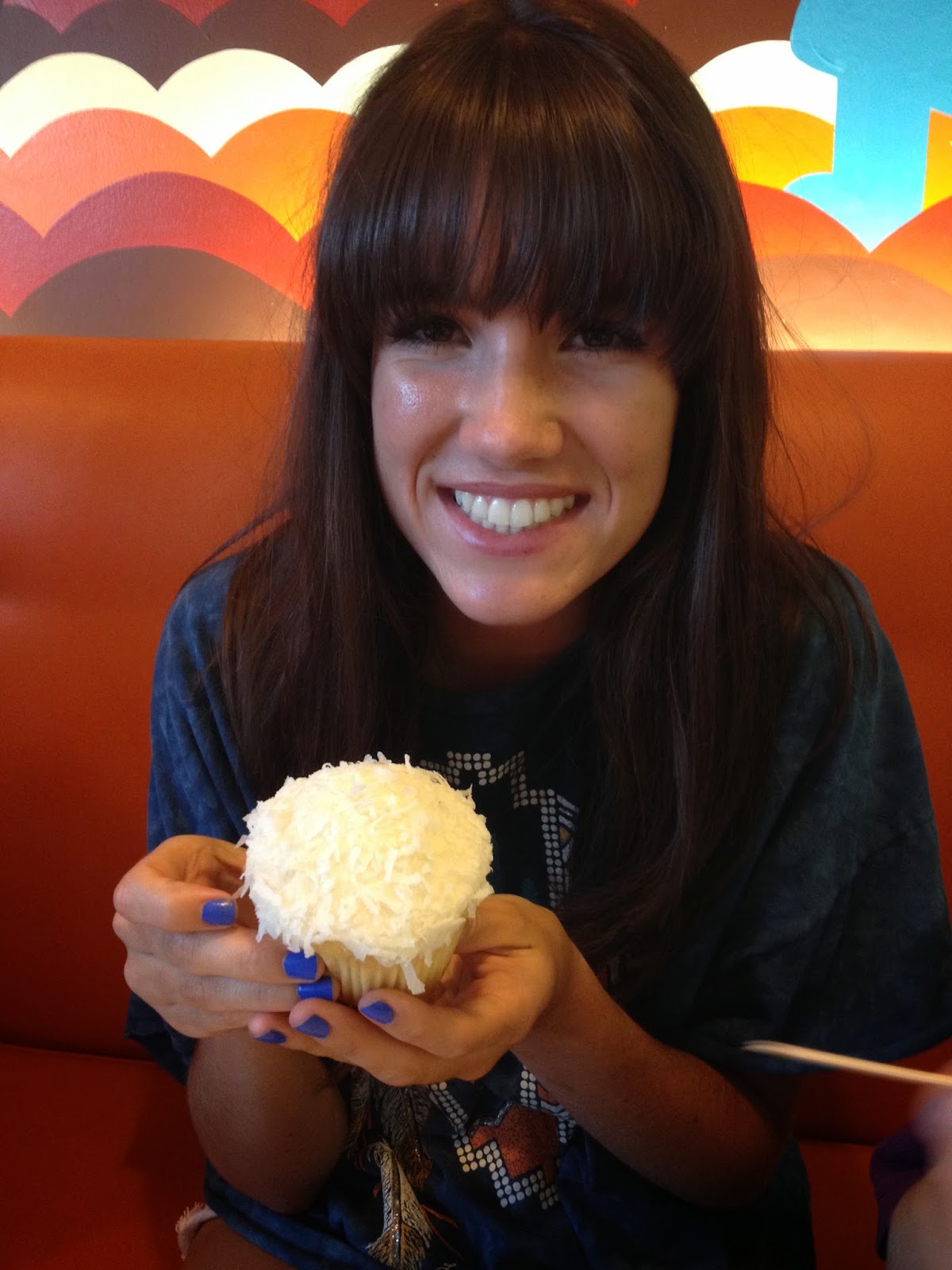 On Saturday morning, we packed up a picnic and drove out to Santa Monica to play on the beach. 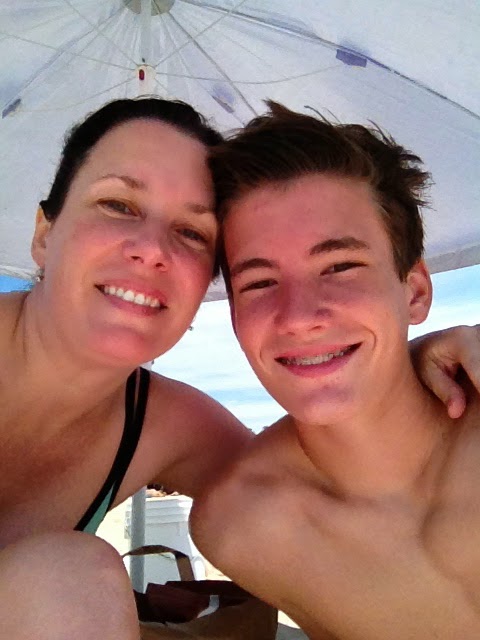 Of course the boys got right to digging A Big Hole. 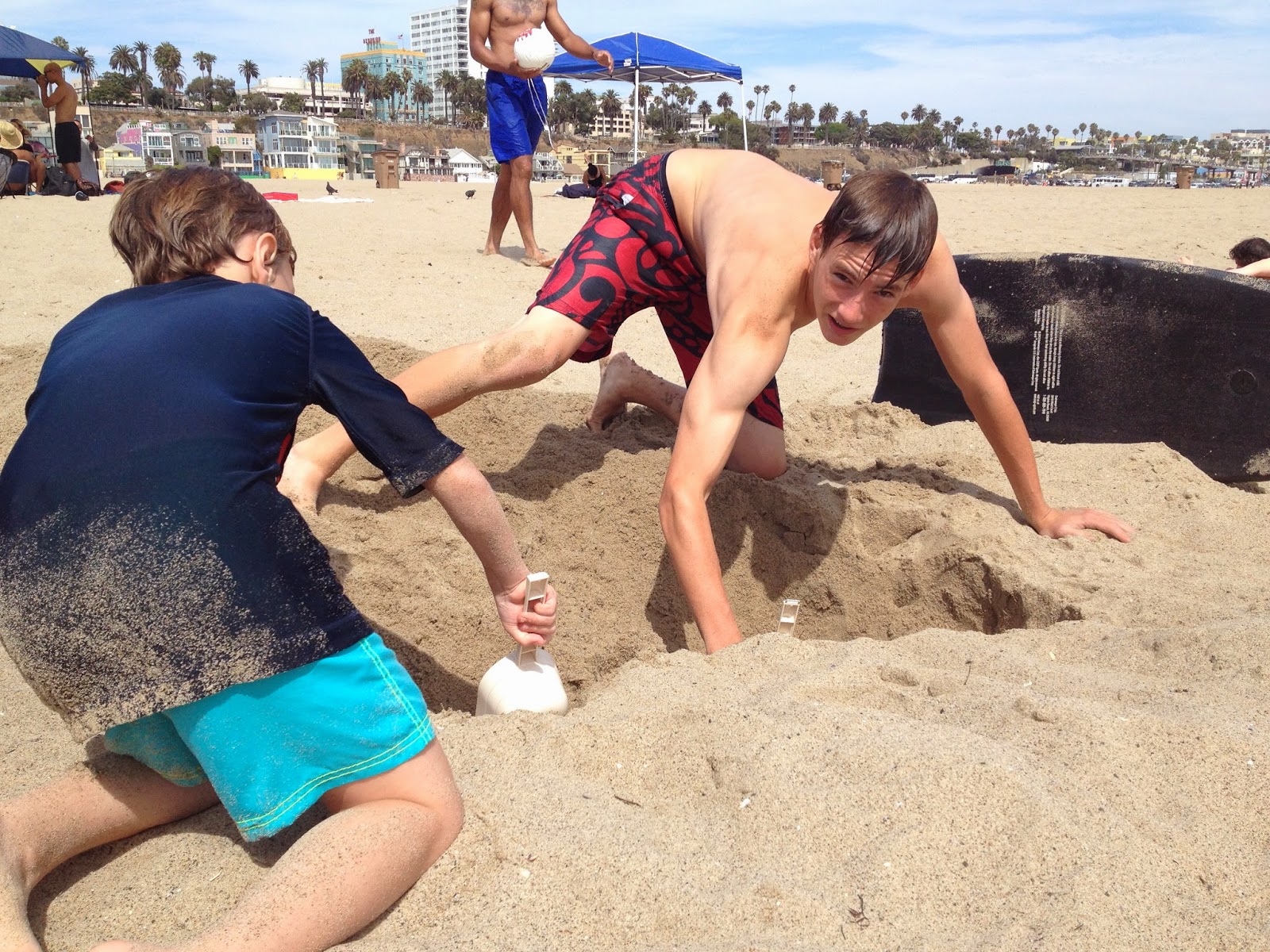 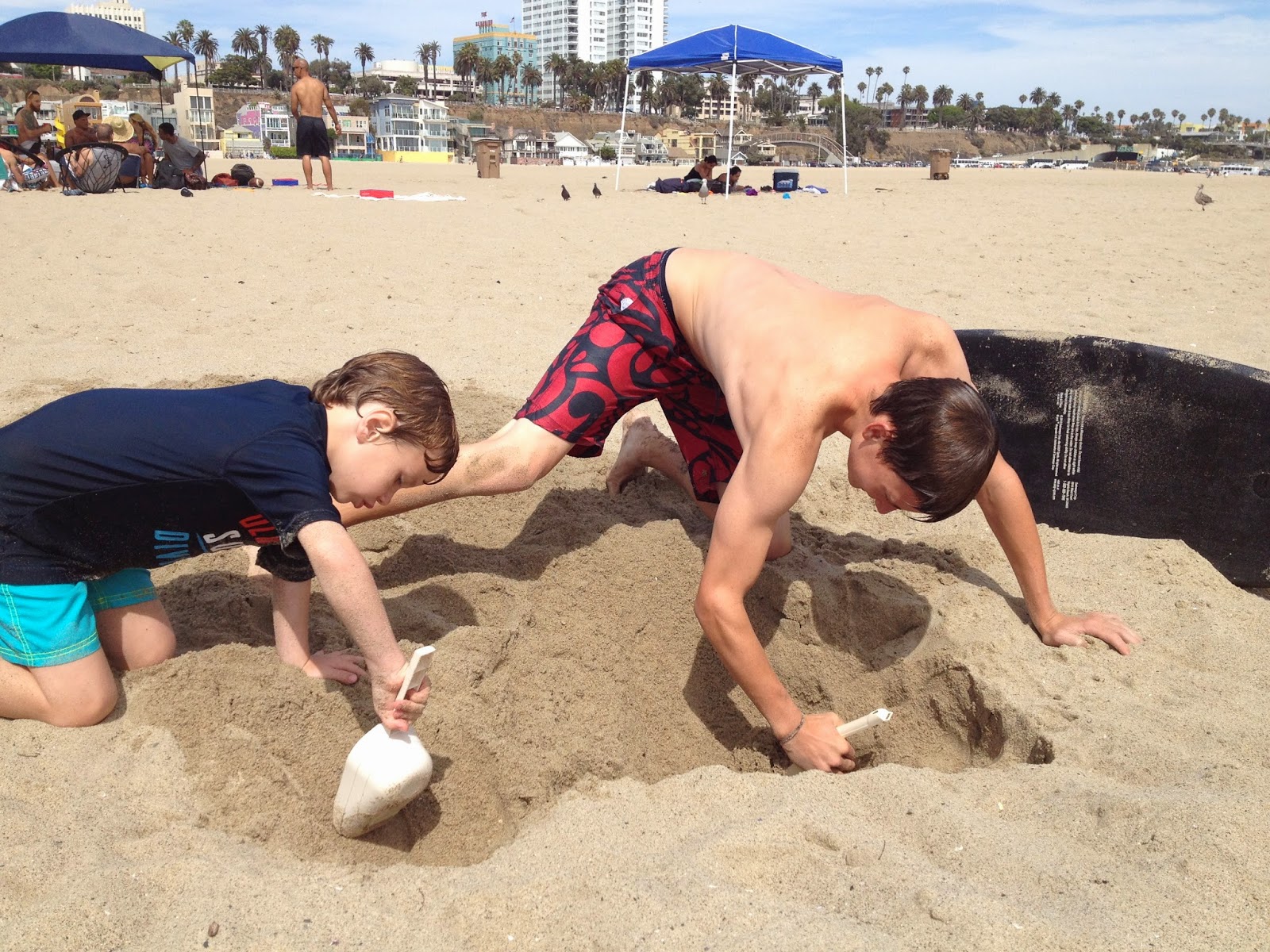 Lyndsay bought her favorite mango from one of the Mexican vendors walking the beach. She ordered in Spanish (that quite impressed me!), and always wants salt, chili powder, and lime juice on her mango. 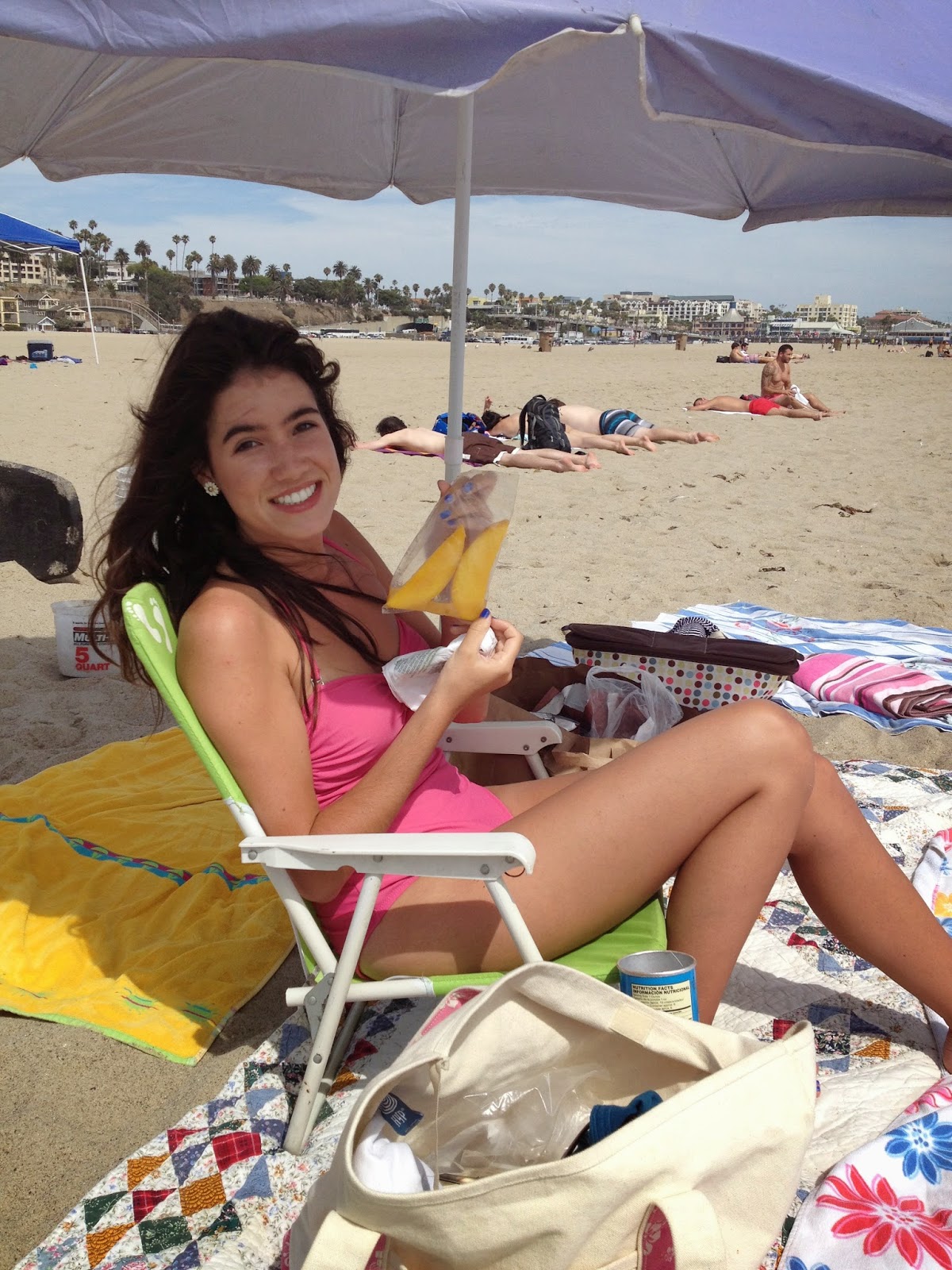 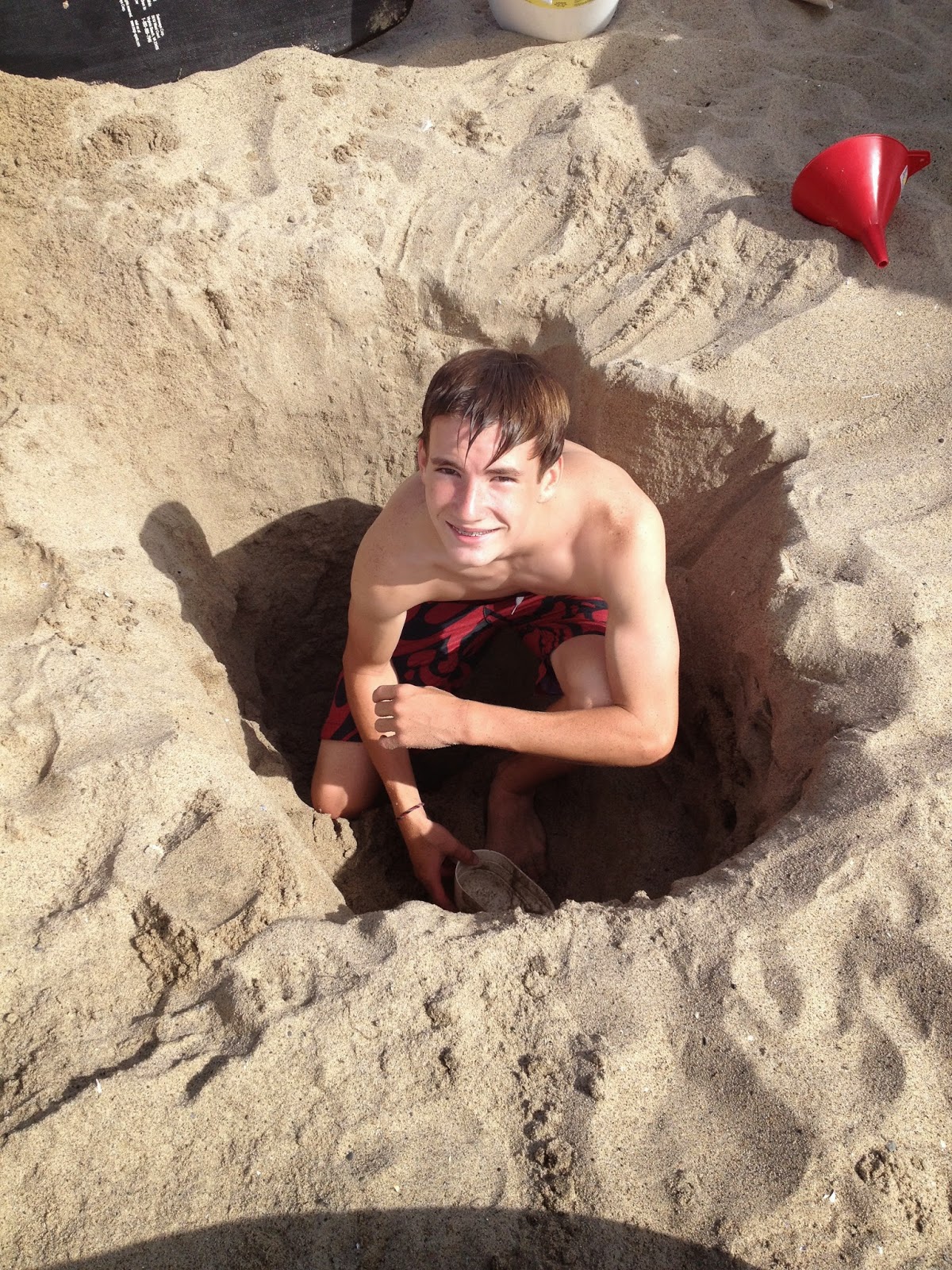 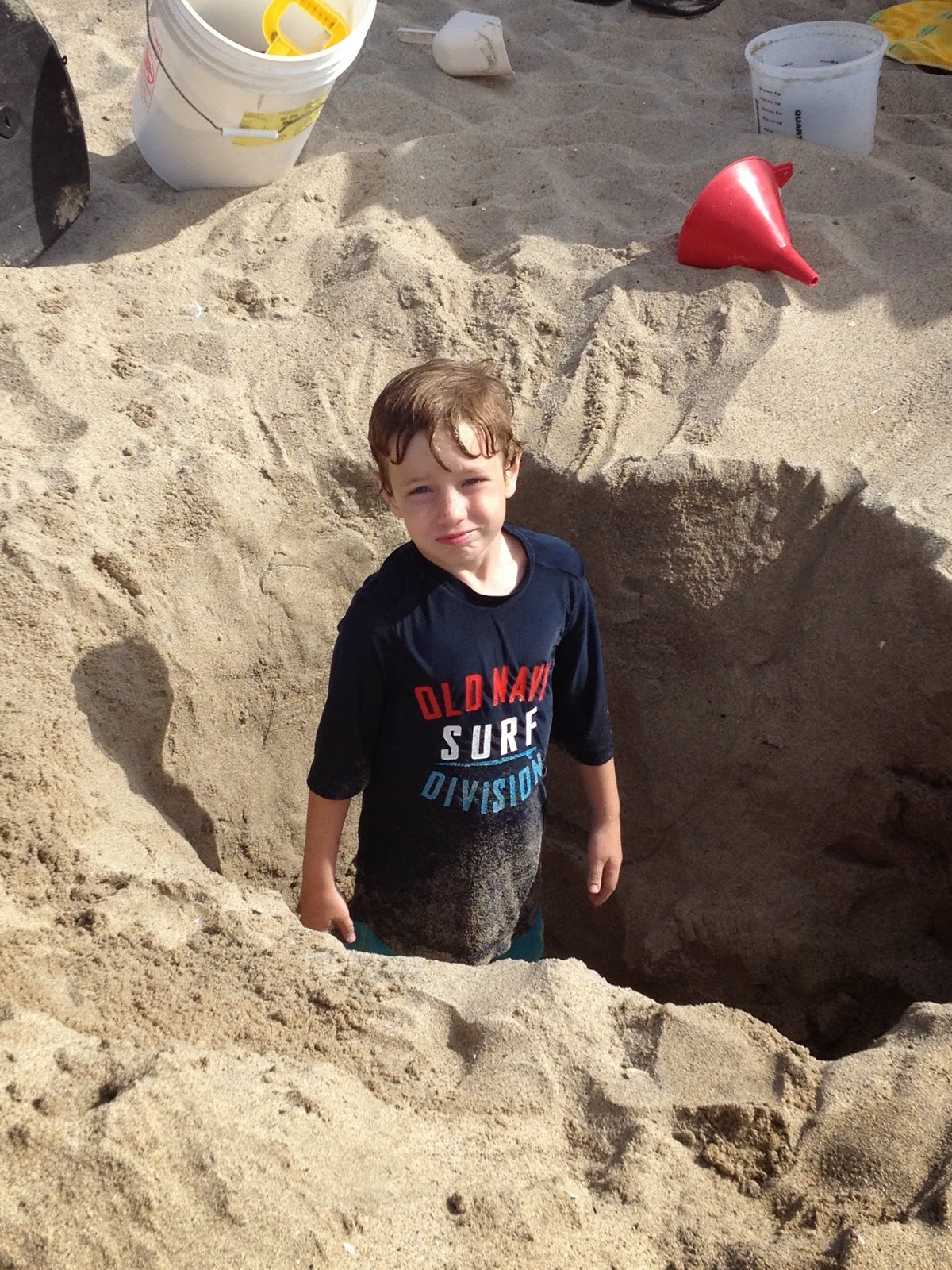 The water was so nice! Even I got out there and played in the waves for a long time with the kids, which sadly, I hardly ever do. It was wonderful and the boys loved that I was out in the water with them. Conor is such a beach bum. He has always loved the ocean. He could stay out there in the water all day every day. I bought him a boogie board to practice on and he loved it! 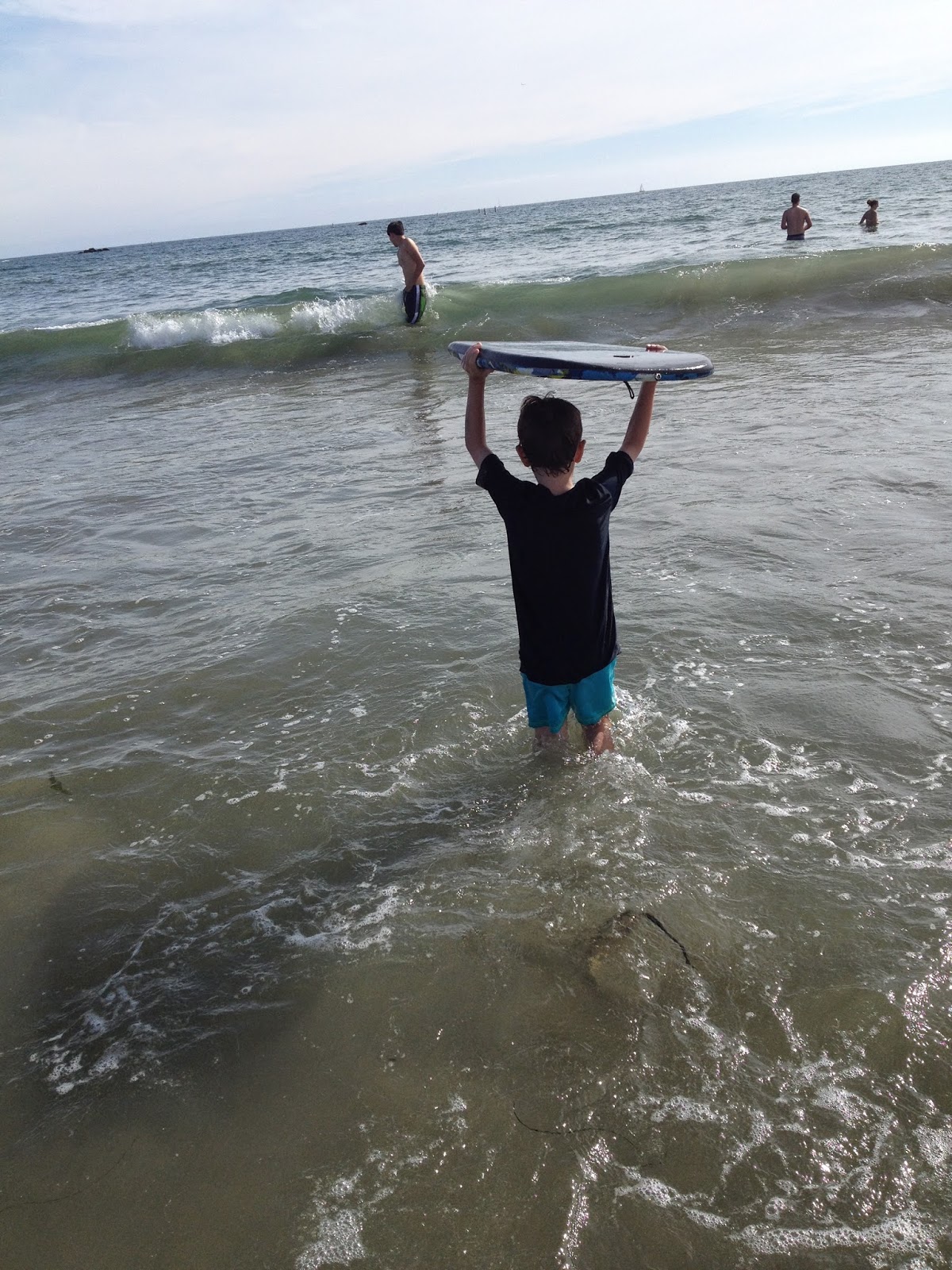 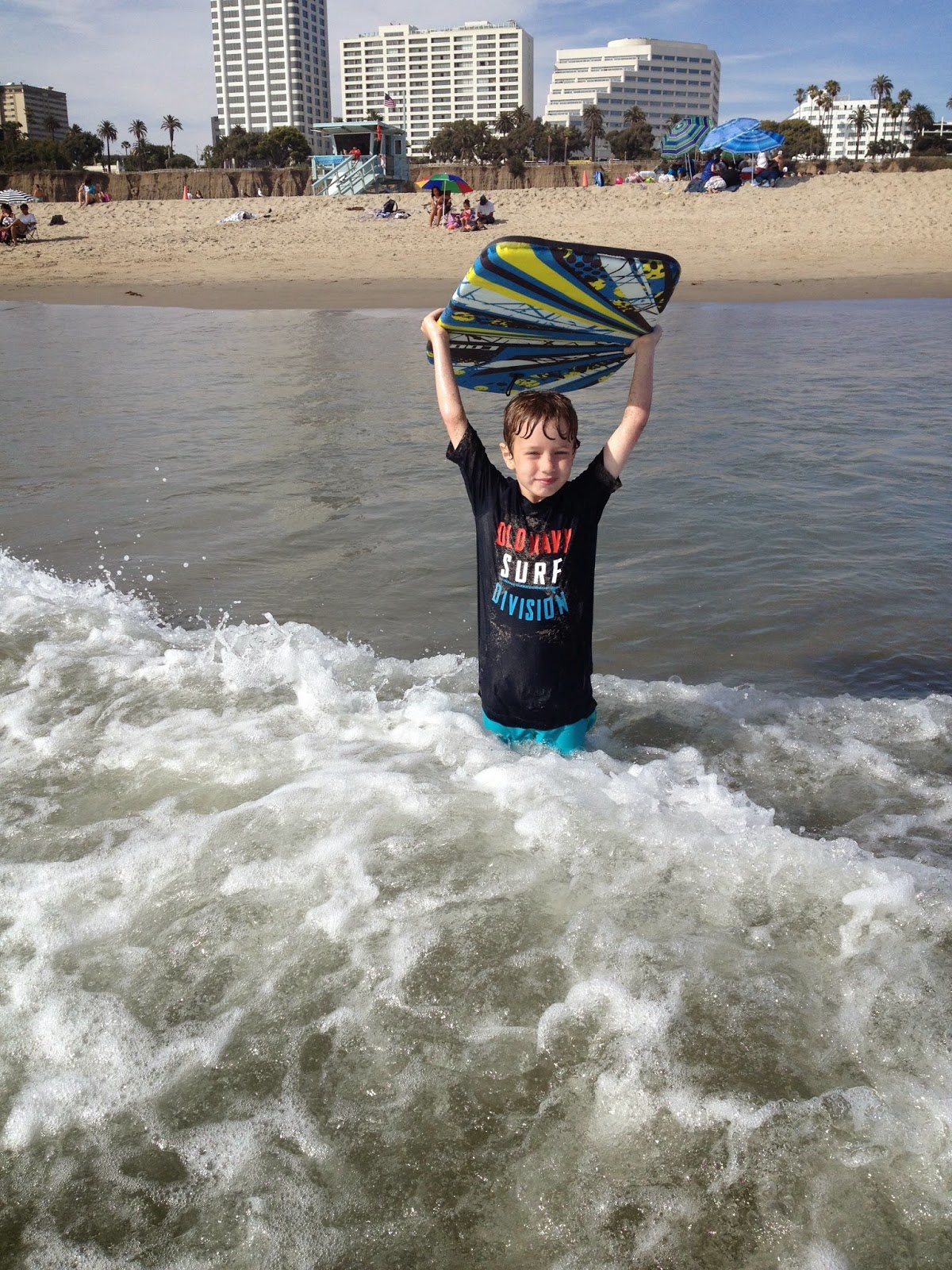 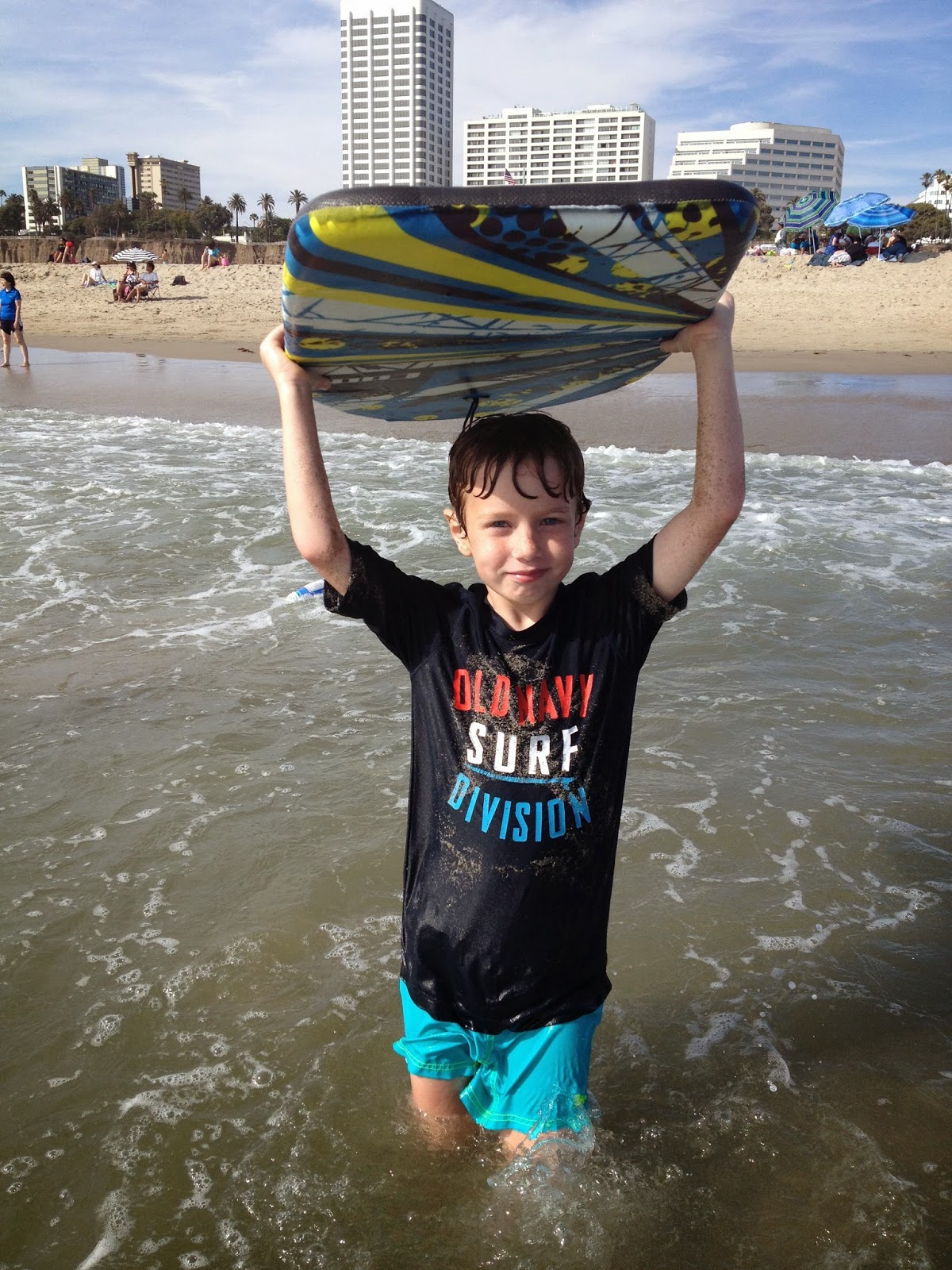 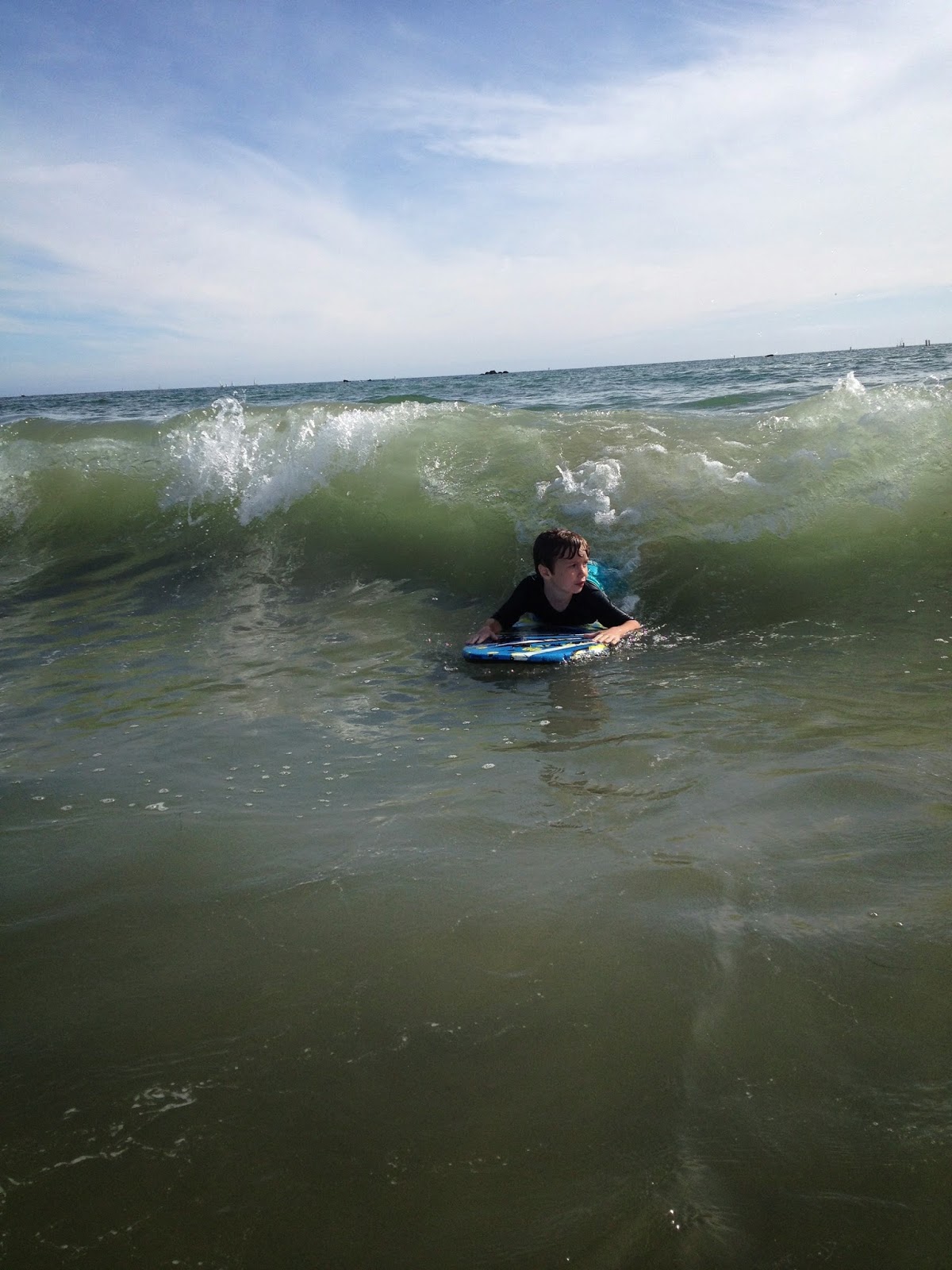 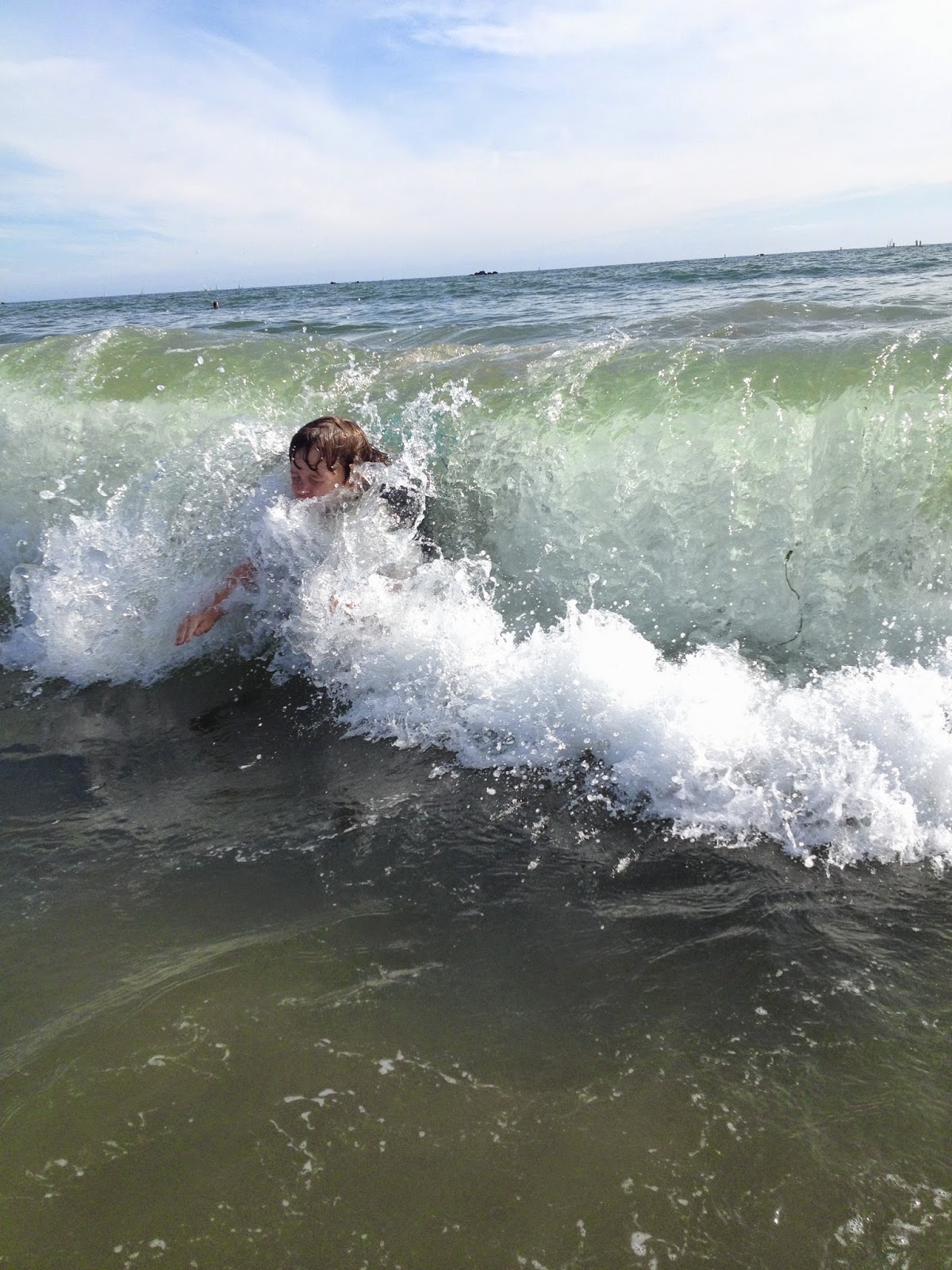 I loved watching Aiden and Conor spend time together. 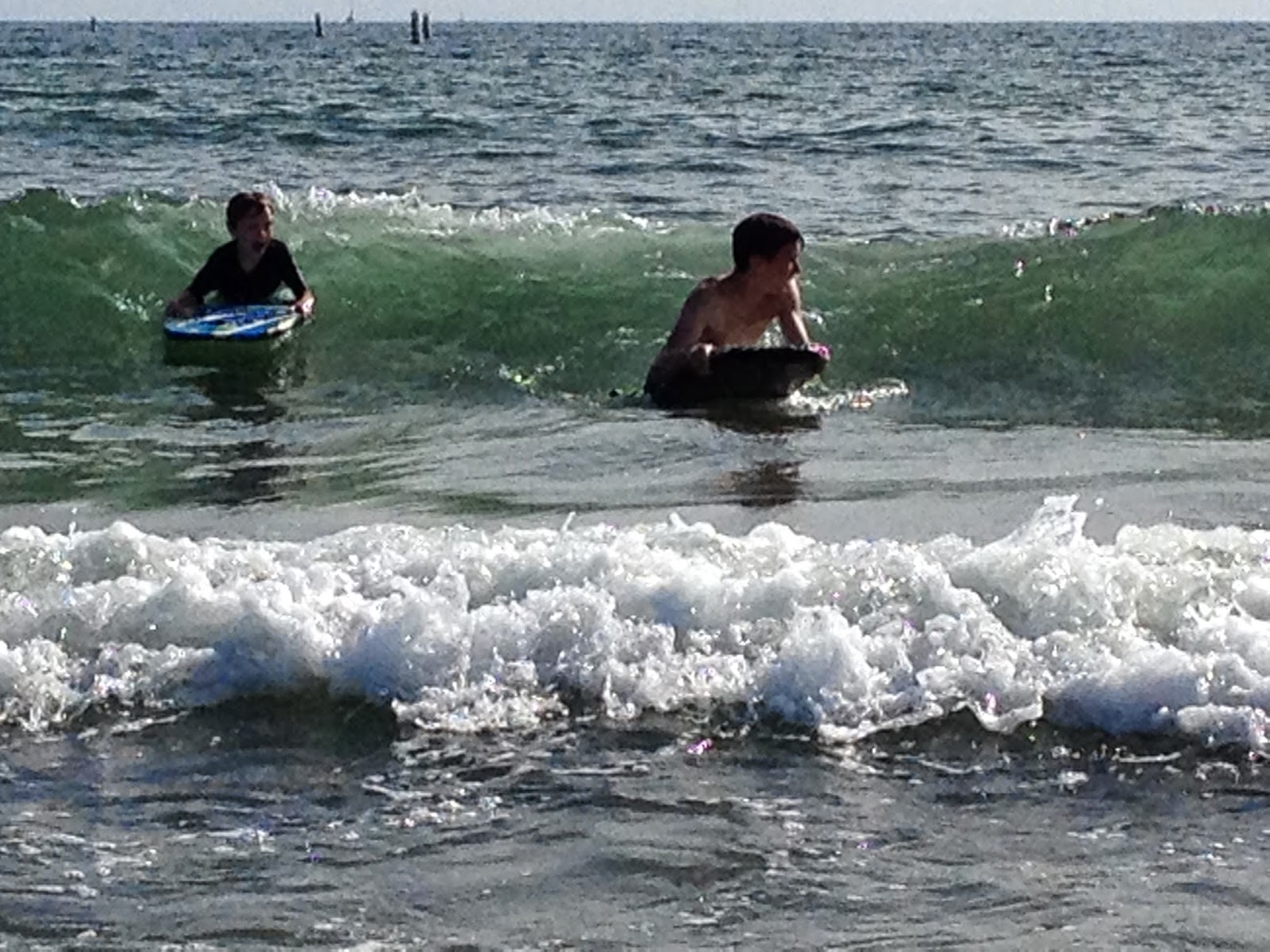 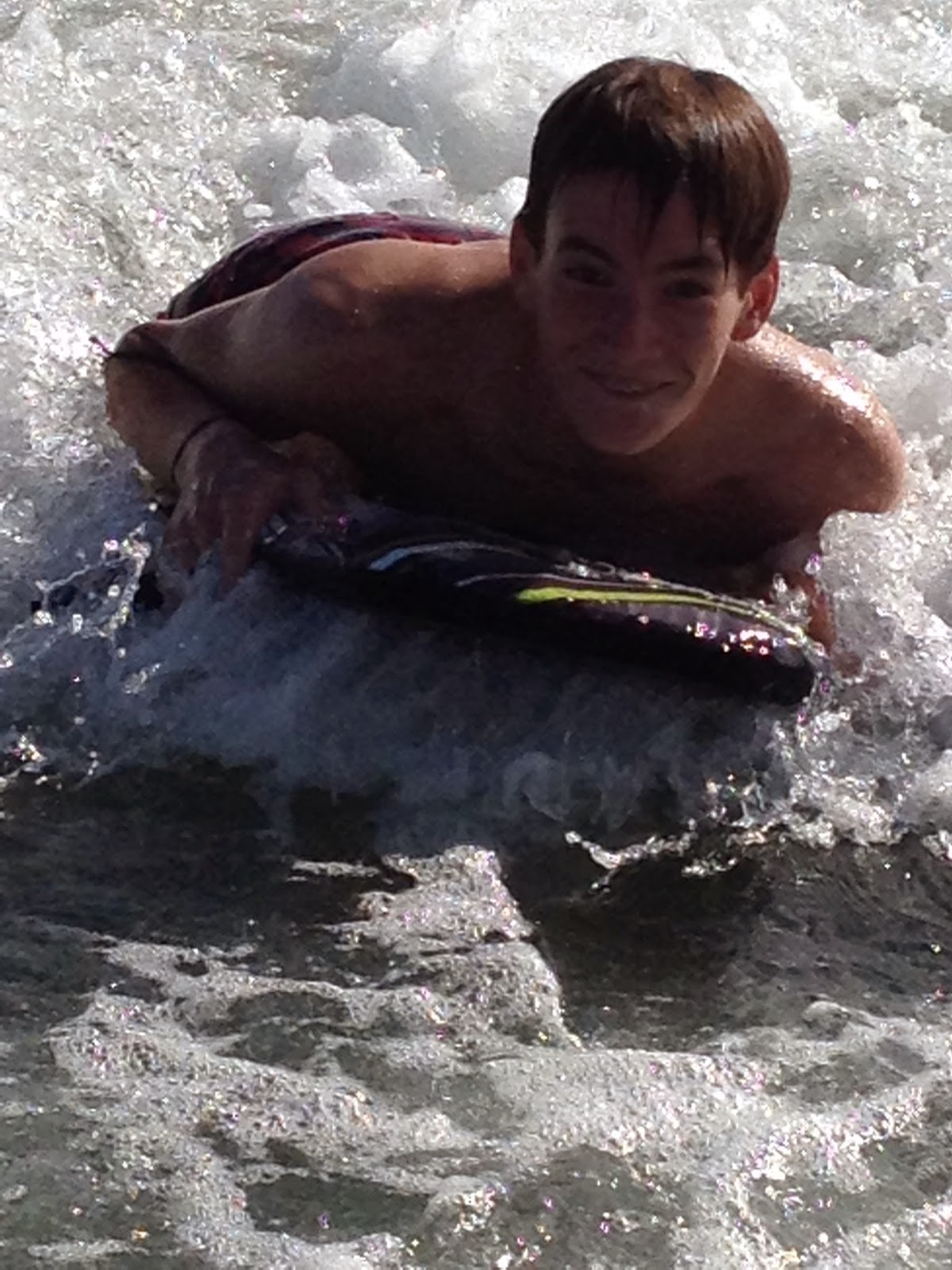 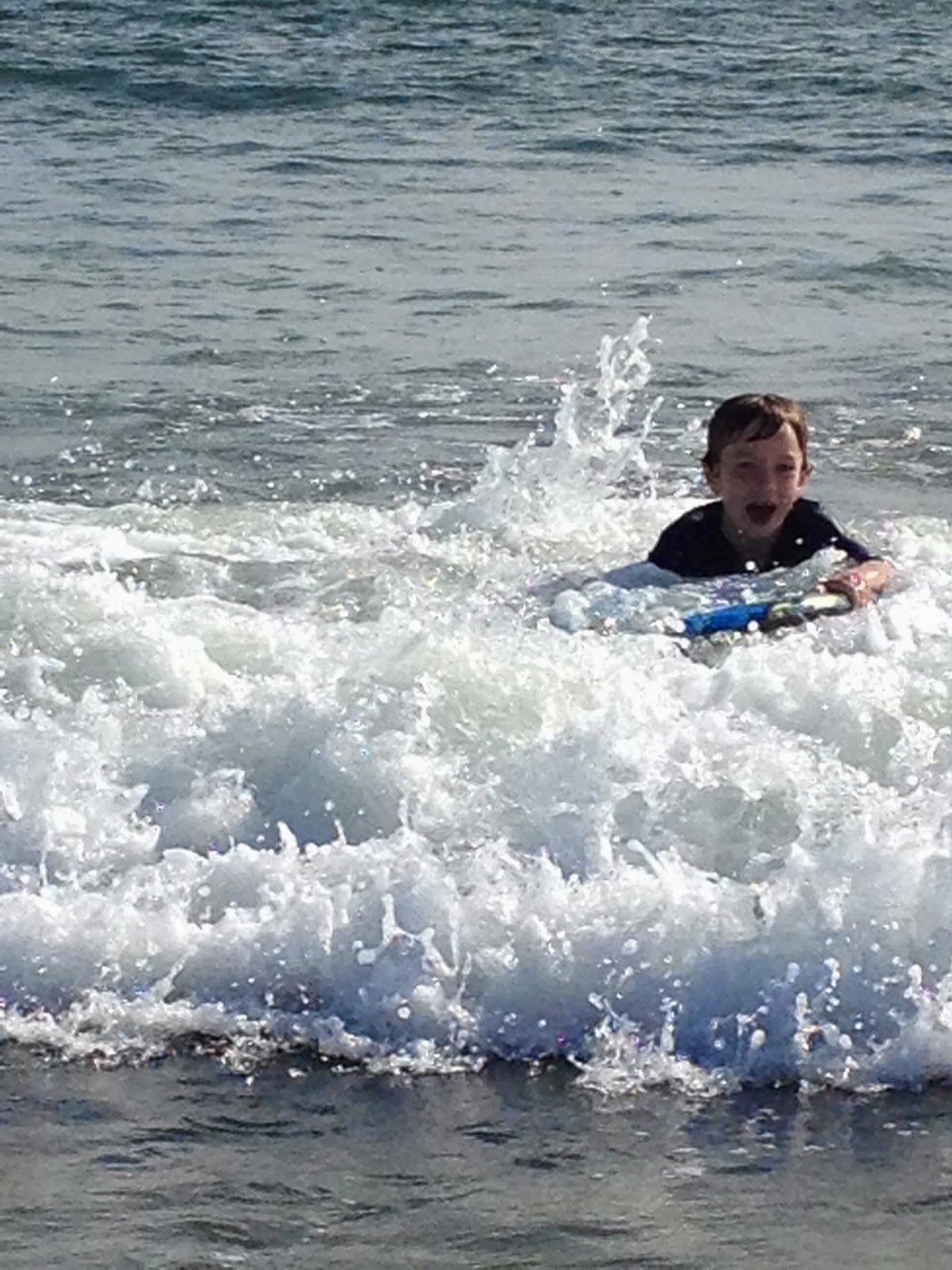 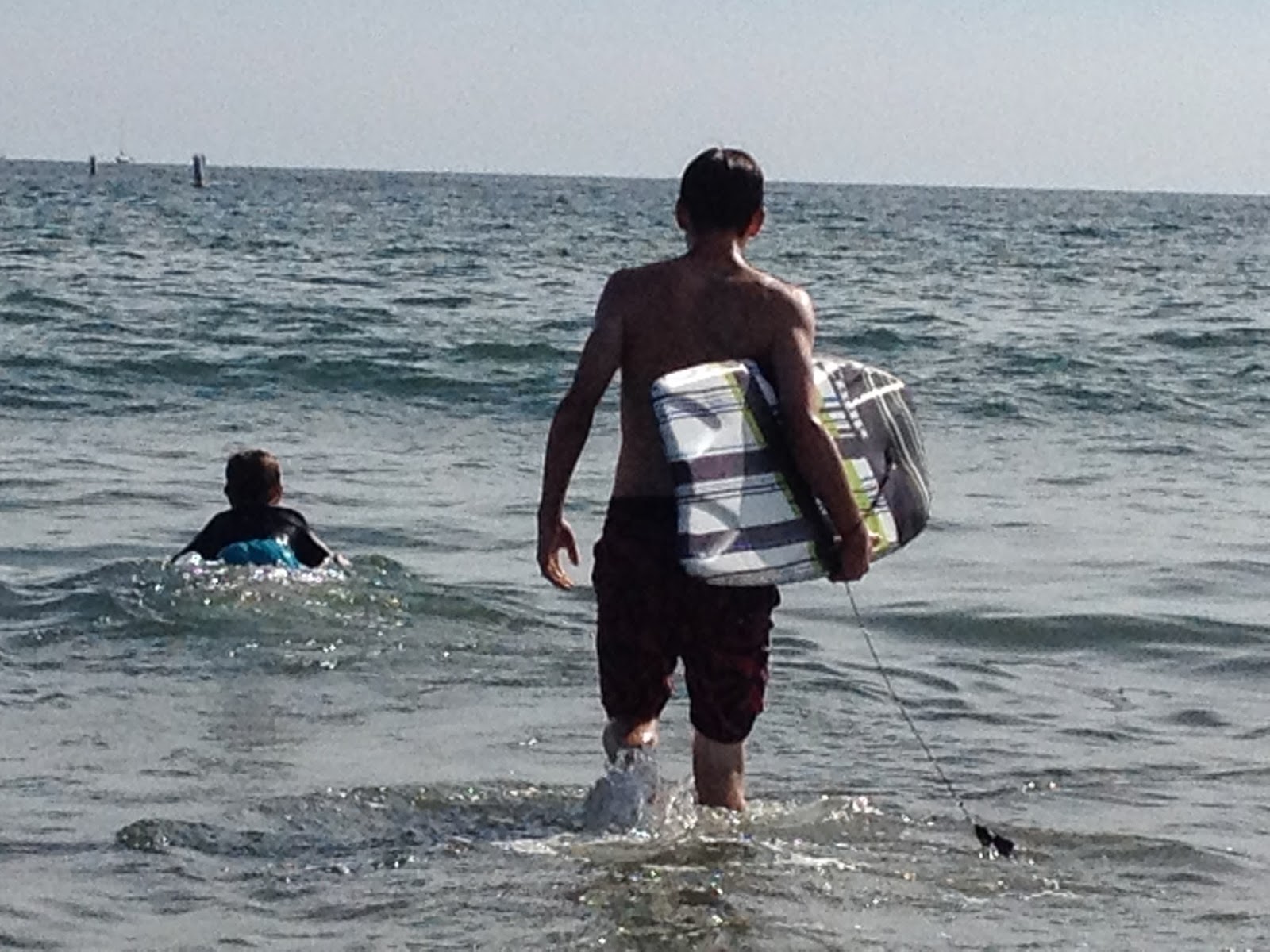 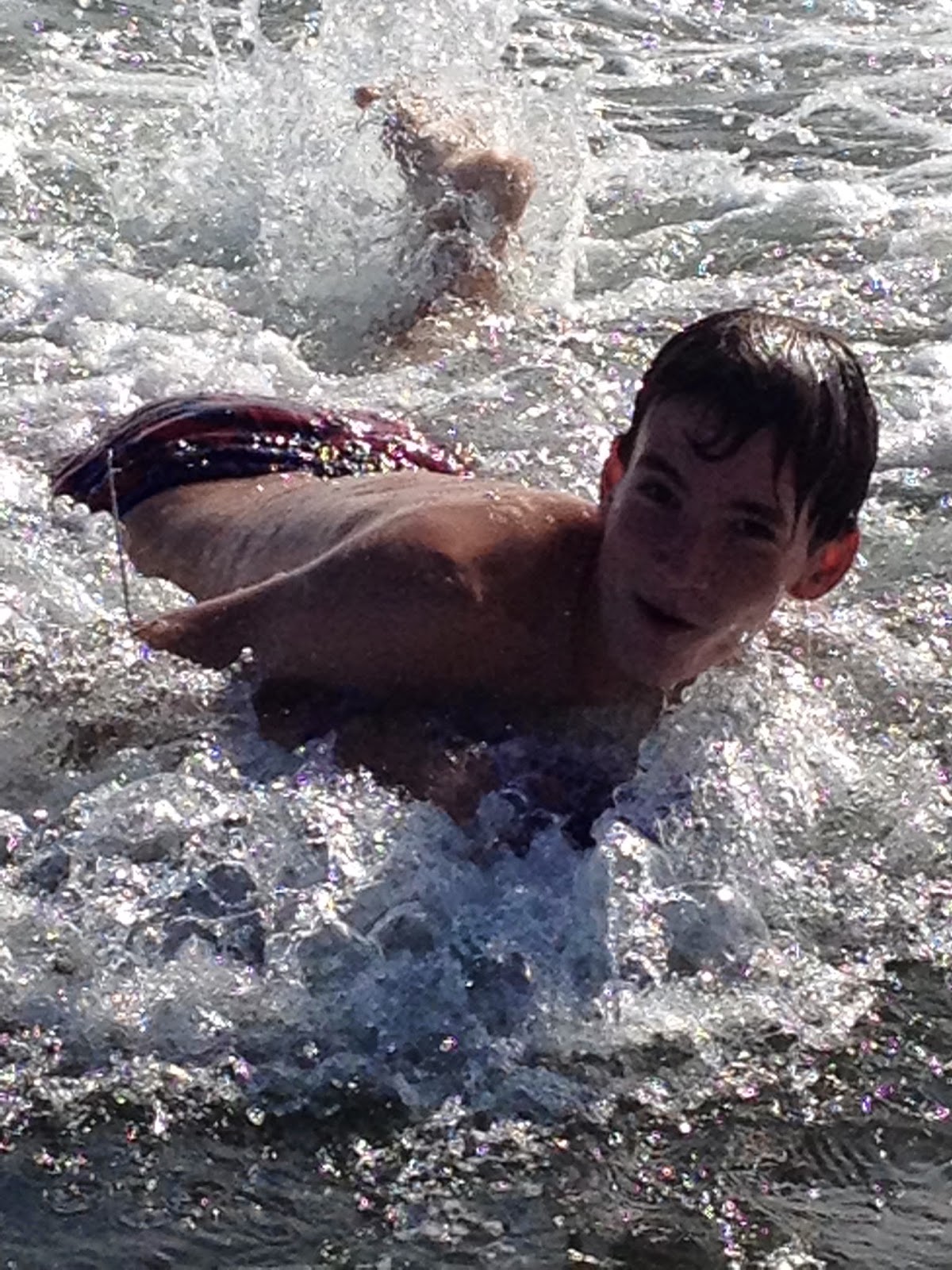 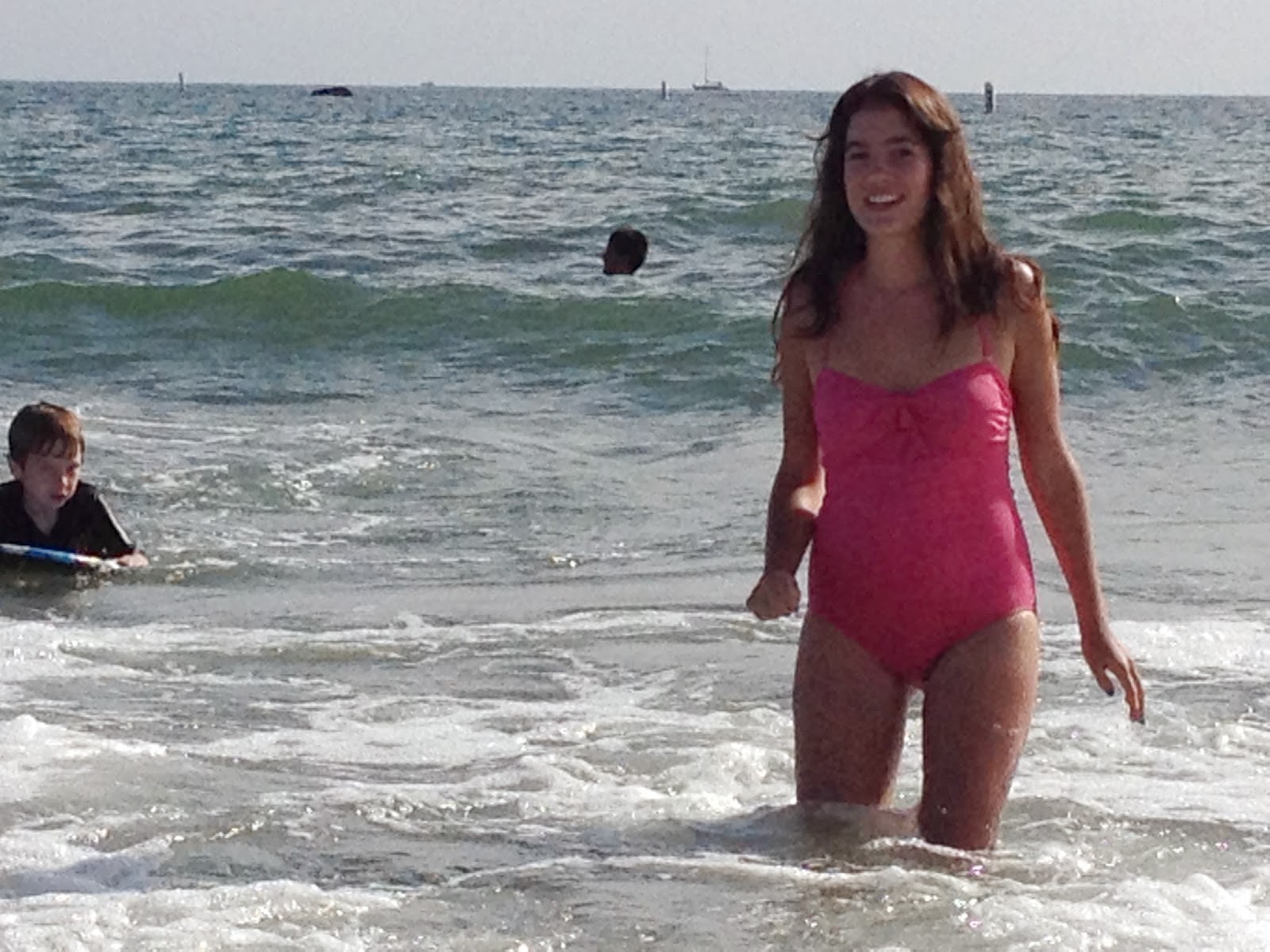 It was such a nice weekend. Even though I was so exhausted from many days of working and many days of not sleeping enough, I needed to get out of the house and so something fun with my children. It's so easy for me to stay at home, so I was glad for the excuse to get out and take part in life.

Even better? Our sunblock held up for the most part, and nobody is suffering from severe sunburns!
Posted by Jenna at 3:48 PM