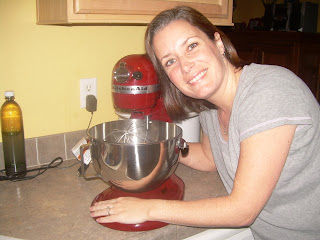 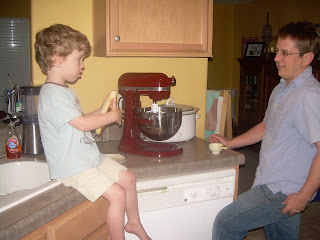 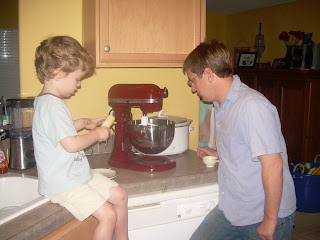 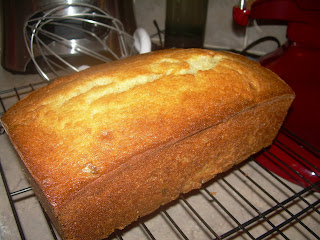 And so delicious. I am one very, very lucky girl. This Kitchen Aid thing, well, it changes everything. Holiday baking just got for-real.
Posted by Jenna at 7:16 AM

What a great Kitchen Aid story! I got all teary eyed over it! One day I will have one of them too!

Glad I could be a part of this, but it does prove just how silly you are, indeed. ;)

I hope you get 20 years out of this one. The kids and I are happy you are happy. And we all expect many great treats in the near future.

Now...it's become about the accessories (I totally want the ice cream maker heheheheheheh)! :)

Oh my gosh!! I'm so ecited for you. What an awesome thing for Adam and the kids to do for you.

And, I only have 2 because of how much baking I do. Plus my mother in law bought me the first one.

Welcome to the Kitchen-Aid club!

You have deserved this for so very long and I'm so pleased to hear this story. What great timing! Enjoy all the new possibilities... :)

That is an awesome story. And I LOVE the color.
Happy baking!

This is awesome. What a great story, and a really great gift. You will love, LOVE, LOVE that mixer. Ours has been going for over 20 years, and I can hardly imagine life without it.

HINT: The pizza dough recipe in the book works best with 1 cup whole wheat flour. It's the basis for our weekly pizza-and-movie night.

Woot Woo! You're gonna love it- especially because your kids were so thoughtful. Every time you look at it, you'll know you're loved and everything you make with it will be giving that love right back!

My MIL bought me one as a wedding gift- probably the only way I'd ever own one too. I use it almost every day. Woot!

David came wandering casually into the kitchen as I was mixing pumpkin pie filling in my *blue* Kitchen Aid, which I wanted for years and years and finally bought for myself with the last Earned Income Credit I was able to get, around 2000. By then I wasn't doing as much baking, but I still *needed* that mixer!

"So that's the Kitchen Aid mixer all the girls want?" he asked.

"All of them want one, yes, and some of them have managed to get one," I replied. "I've wished I could give them to the others but they're like $300."

Then he told me what he'd just read, and I started to cry into the pumpkin.

soooo happy for you!