I stink at keeping up my blog and I really don't want to stink at it. So much happens around here and since I started binding my blog posts into books, I want to keep up with it. I also wish I knew how to organize this blog better, revamp it, make it more visually appealing. It needs a makeover. But for now, let me at least catch up with December.

We usually get our tree the day after Thanksgiving, but this year it was raining, so we waited another week, which meant we didn't have Lyndsay with us. I like to do it early because she's home from college for Thanksgiving and I try to allow her to participate in that tradition, but it just didn't work out this year.

Aiden picked out our tree. 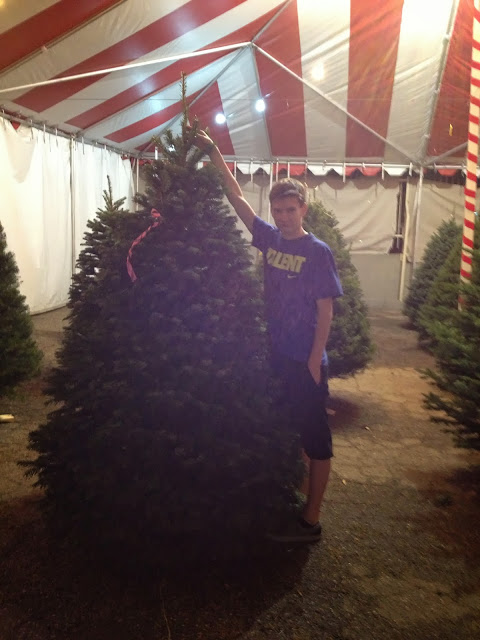 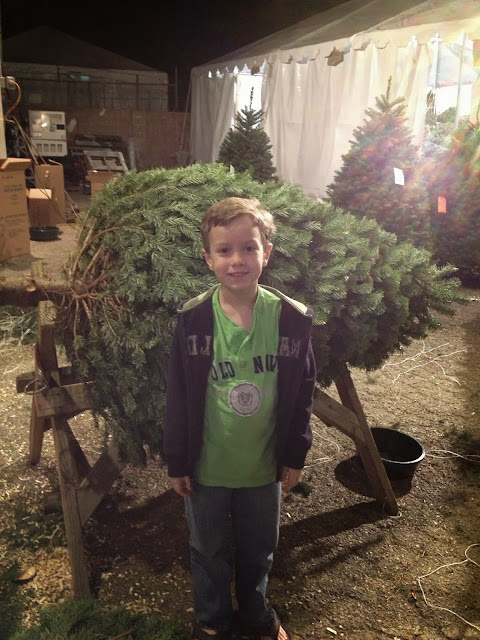 Aiden's best friend, Nick, came with us, which was handy because the two of them made a good team carrying the tree in, getting it up in the stand, and putting the lights on. Then we all worked together to decorate it. And I realized now that I didn't take a finished picture. You'll just see it in the background of Christmas pictures. *sigh* 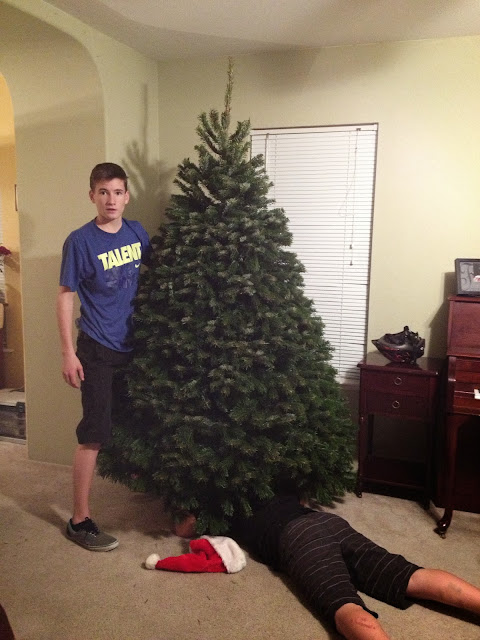 In December, we had the missionaries over for dinner on a Sunday evening. When I scheduled it, I asked them what they'd like to have and they requested lasagna. I wrote it on my calendar, and then forgot they were even coming until that Sunday morning. Talk about a panic attack! Lasagna isn't some quick throw-together dinner, and I wouldn't be home from church until 1:30. They were coming at 4pm. Thankfully, I had what we needed, and though we ate about a half hour late, it was delicious and well-appreciated.

The missionaries gave us a little lesson and challenged us each to give away a Book of Mormon. I love the Book of Mormon, and I love to share the gospel, but I'm not a fan of those kinds of challenges. I put our little pile of Book of Mormons on the table in the living room and figured I'd deal with it another day. But several days later, Conor came down in the morning for school and said, "I feel like I should give my Book of Mormon to Luis today." My heart started pounding, but I didn't want to be obvious. "Really?" I said. "I mean, we need to write your testimony in it and get it all ready for him. Let's do that later so we can be really prepared, okay?" (What a lame mother I am.) "Okay," he said. And I sighed with relief.

But a few minutes later he said, "No, I really feel like I should do it today." And even I couldn't argue with that. So he told me what he'd like to write in the front cover and I wrote it out so he could copy it neatly. It's pretty sweet, actually. 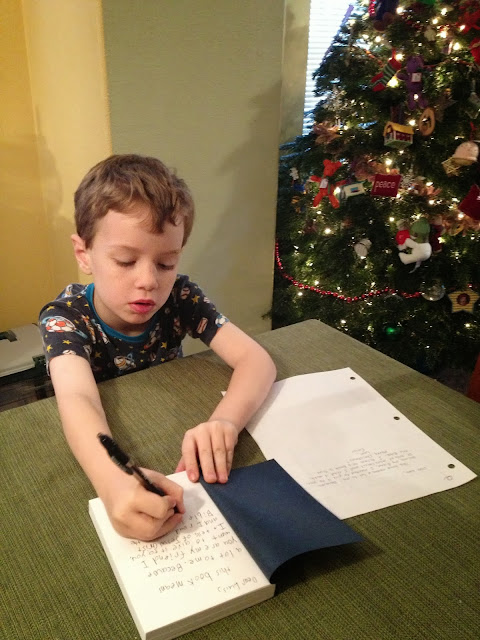 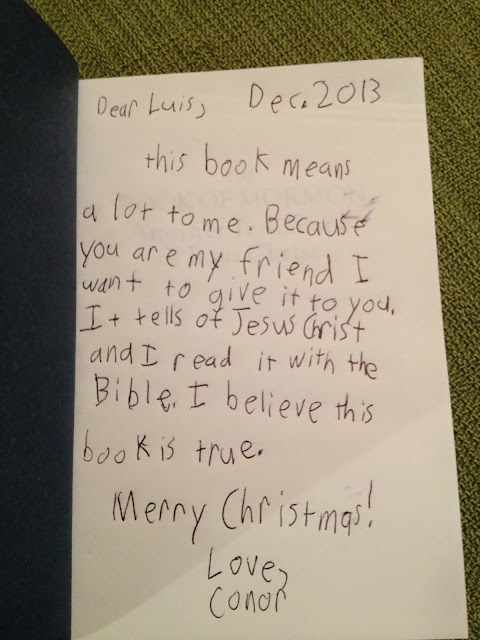 And that was that.

Later that afternoon, he said, "I feel really good that I gave that Book of Mormon to Luis."

And I'm so proud of him. He's a good example, even to his Mama.

We always look forward to the box from my Mom most of all at Christmastime. Receiving the Ornament of the Year is the most anticipated event of the season. She keeps it heavily guarded, and as each of us (there are nine of us) get our packages, no one is allowed to post pictures or give hints until we've all received them. And this year was probably the cutest year ever. Owls! One for each of us, with our names on a tag. This is such a cherished tradition, one that she's been doing since I was a child. 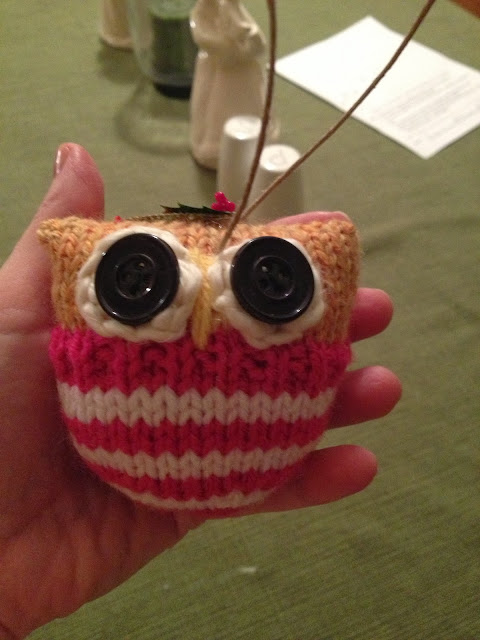 In mid-December, I had a small surgery to remove a fibroid. But it was actually a great experience, having it at the hospital where I work with my doctor (whom I now work with) and the anesthesiologist of my choice. I was glad to be able to take care of the issue and was back at work the next day. 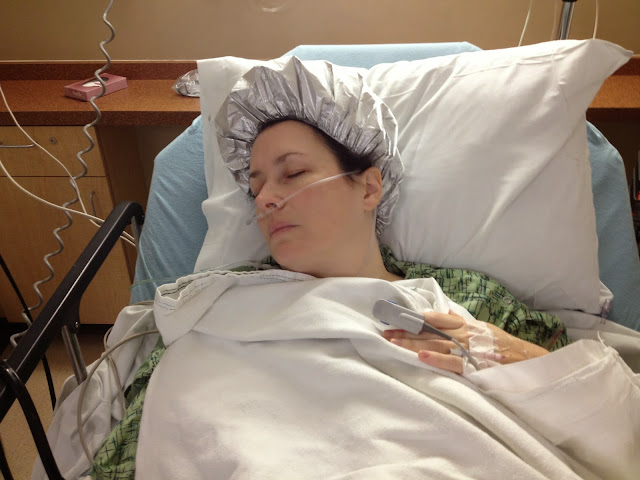 Then we had Conor's school Winter Performance, where they sing all kinds of silly holiday songs but never mention the reason for the season.  Here he is for his performance of "Elves Work Out." 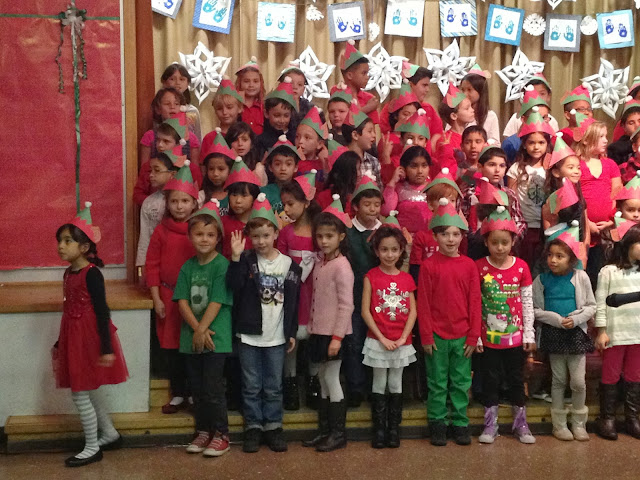 Then we needed a quick teacher gift, because I can't keep up with my life right now and hadn't planned anything. Thank goodness for Pinterest. I sent Lyndsay to the mall for some hand sanitizer. And much to Aiden's chagrin, I made him actually write a note of appreciation to his teachers on the back of each tag. 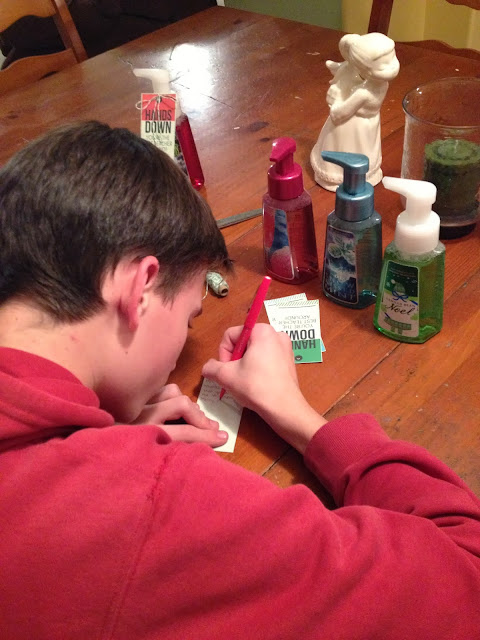 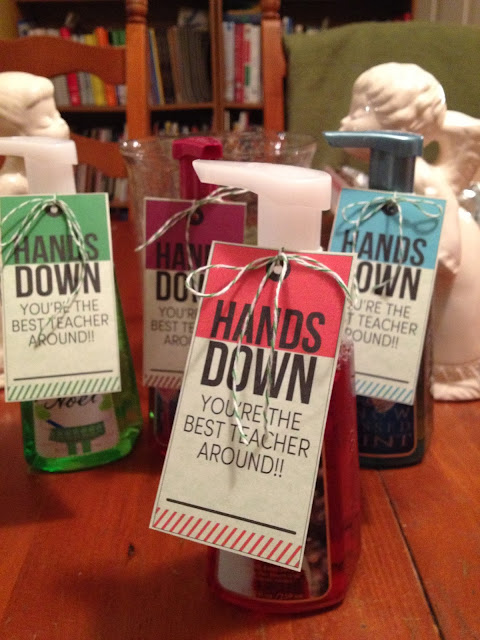 But my favorite event of December was the arrival of my Dylan! 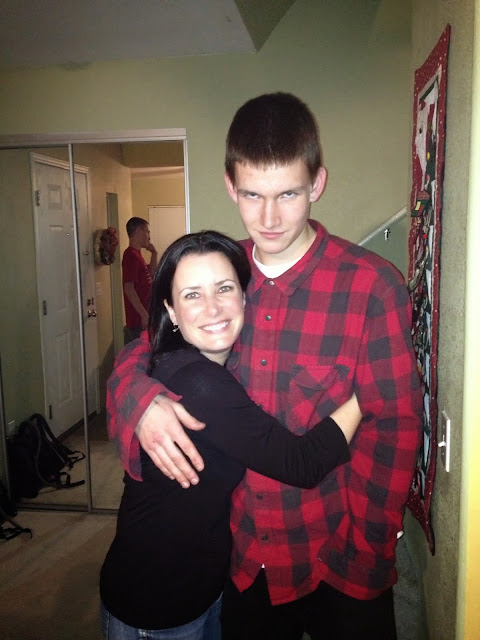 I had to work the day that he arrived, but Adam brought him (and Lyndsay and Conor. Aiden was with Nick riding motorcycles) to the hospital to surprise me. I had just finished a delivery, but the unit was slow that day. A nurse came into the room where I was working on charting and told me to come out to the front. When I saw Dylan standing there, I took off running down the hallway toward him and jumped into his arms and just started crying. It was so good to see his face and feel him and hold him. It had been a year and a half! All of the nurses at the station were all crying too. It was so cool to have him in my arms! They handed me a box of tissues and told me to go to lunch with them, so we all walked over to the hospital cafeteria and ate together. I could not stop smiling.

It was so good to have Dylan home! 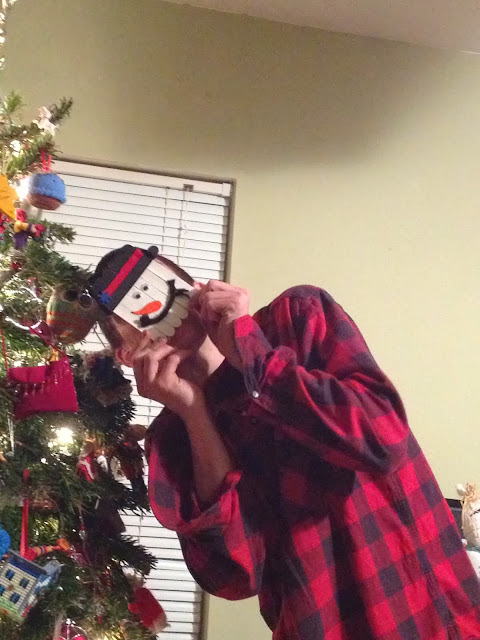 And having all my babies under one roof for a few days was the best present I could have asked for. 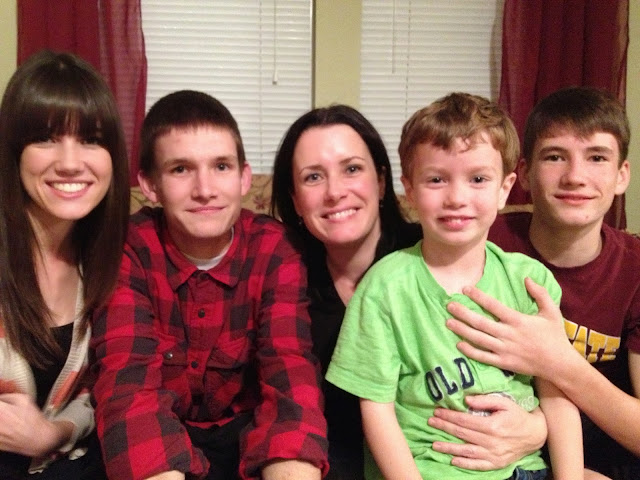 And around my table! I made Dylan's favorites, like Beef Stew. 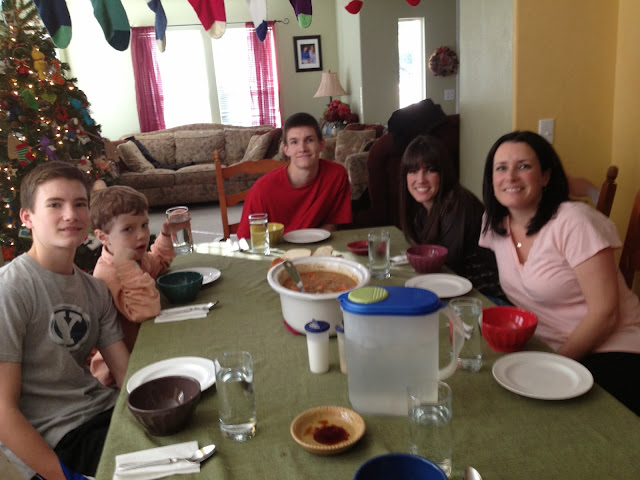 It's so good to feed my boy. We've been on quite a journey, he and I. I'm so grateful for the place we are now. He was so kind, helpful, respectful, and loving to me. 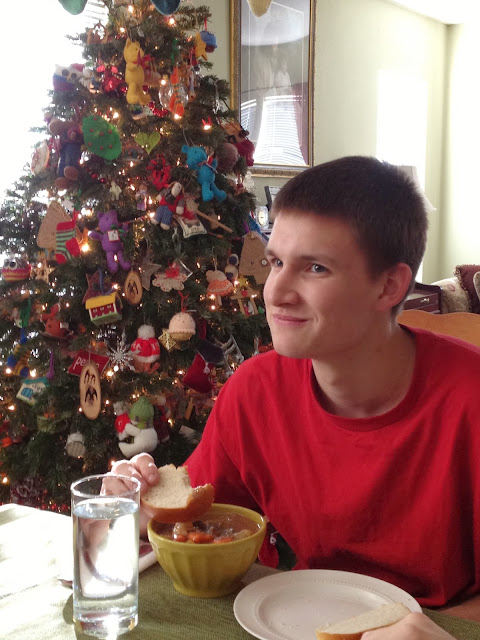 This was the first time I'd seen him as a 17 year old, even though he'll be 18 in a few days. He's a Senior, with straight As and is working hard at school and two jobs. I am so proud of him, and I believe in him with my whole heart. He goes about things differently than I do, but I trust him. Great things are ahead, with lots of learning along the way.

He had us laughing and laughing, and I miss him already. But my heart is still full of happiness that he was here.
Posted by Jenna at 7:16 PM