All Together Again: Day 5

Today we set up a swim day for the big kids.  A friend in another ward has a really cool pool with an amazing water slide and they welcome others to use it.  I wanted the kids to have some sibling time without Mom around, so they could just relax and enjoy themselves together.  They took three siblings from another family with them, packed a picnic lunch (well, with Subway sandwiches), and away they went.  I stayed home with Conor and cleaned and did mountains of laundry.  I gave Lyns the camera and asked that she please take pictures! 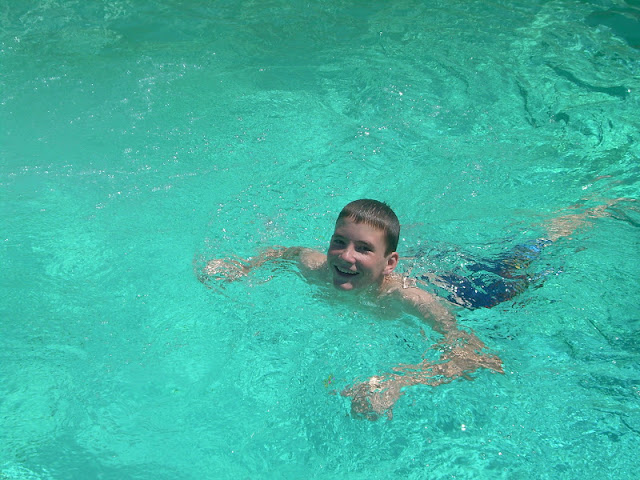 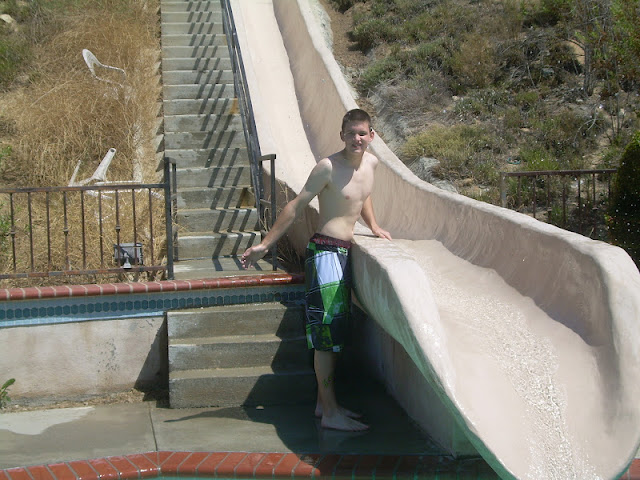 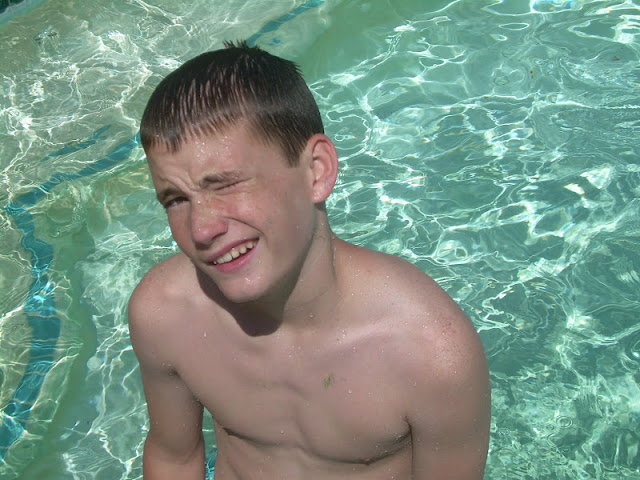 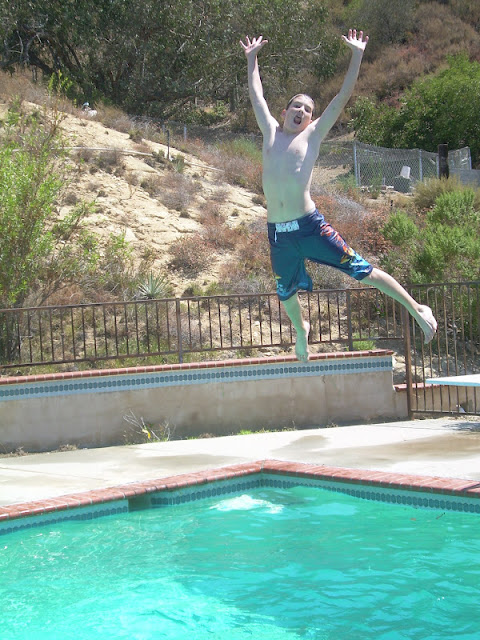 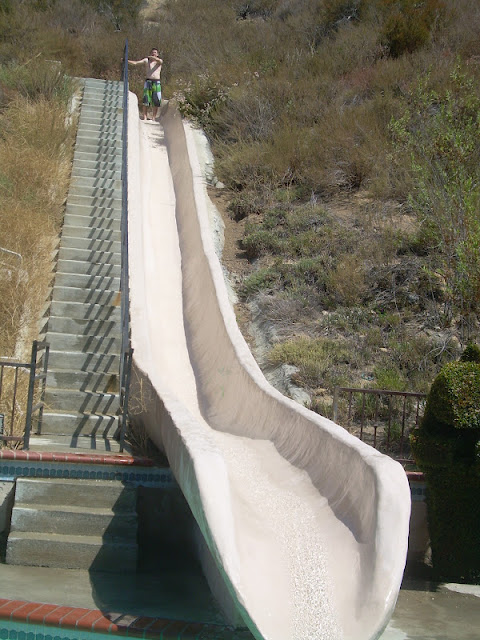 There goes Dylan!  Pretty cool water slide, huh?  Not that I'll ever go down it, but the kids sure love it!  And climbing up all those stairs helps to really wear them out. 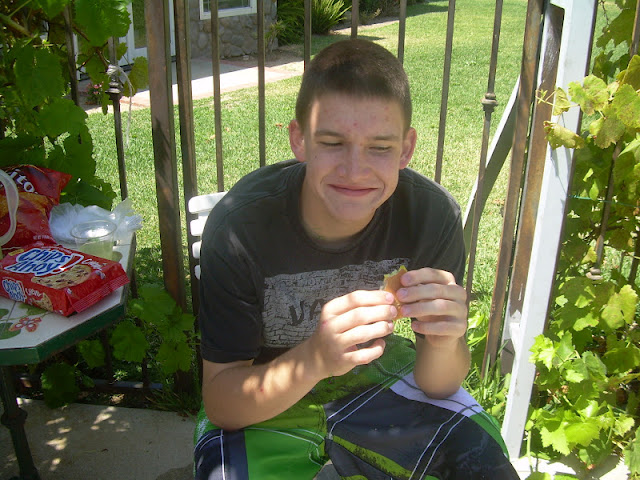 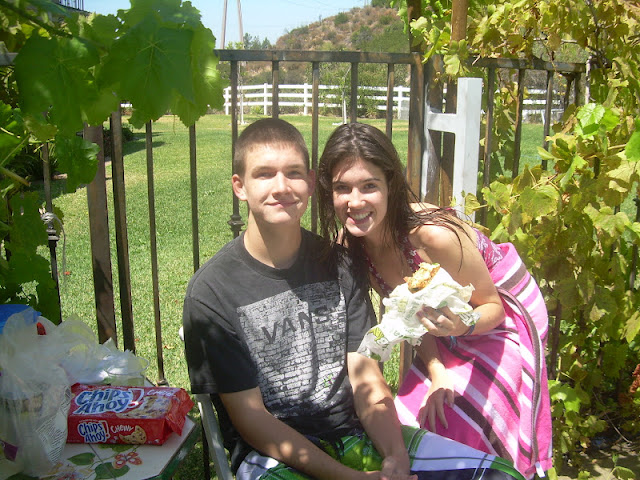 Then in the late afternoon, we packed up and headed over to Dodger Stadium for a baseball game!  I was giddy with excitement.  Baseball is pretty much the only sport I really understand, know the rules to, and can follow.  Plus, my dad is a huge baseball fan and he took us to games as often as he could when we were kids.  For that reason, I'll always be a Phillies fan, but I like to root for my home team too.  Tonight's game was against the Diamondbacks, who used to be my home team (and is Dylan's current home team), so I thought it worked out perfectly.  We got seats in the All-You-Can-Eat Pavilion, and that was a good idea.  We had such a good time.  Even though the Dodger's got creamed. 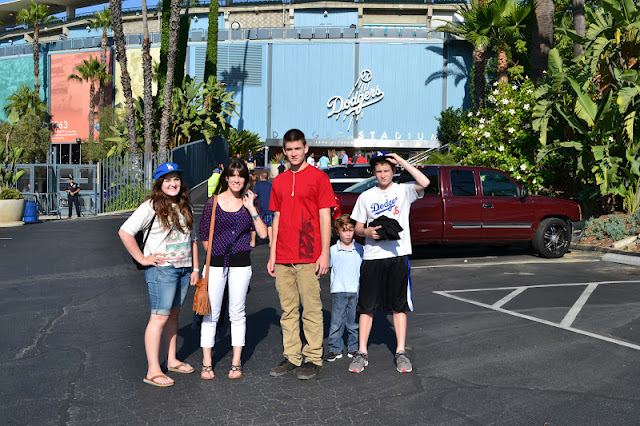 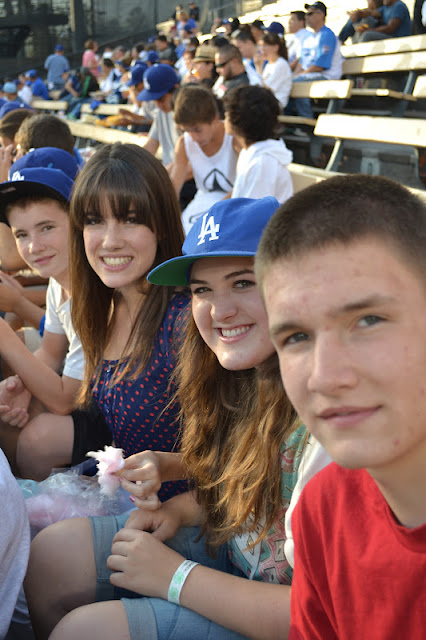 The big kids.  We had Lyndsay's friend Emily come along with us too. 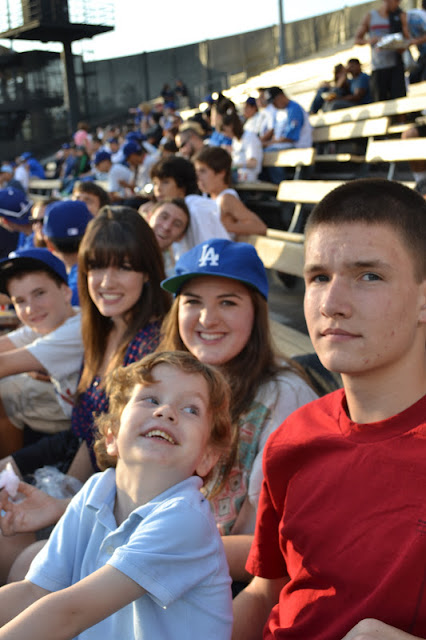 And you know Conor's gonna jump in every possible picture. 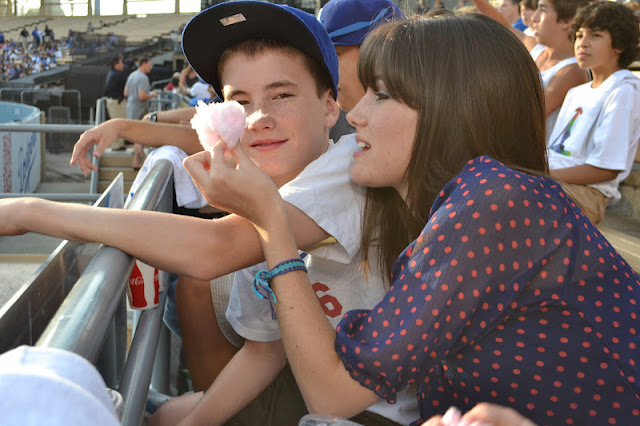 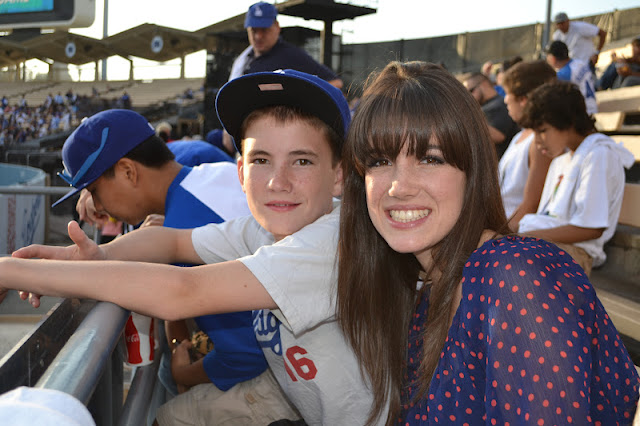 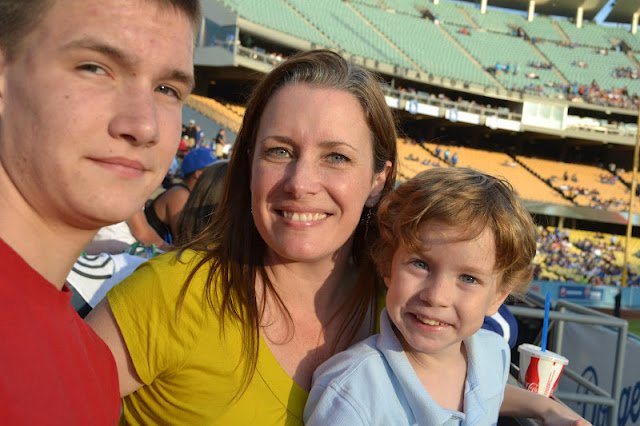 And the blue-eyed crew.  Dylan was sick of the sun being in his eyes for the pics, and being all squished up, so he said he was "done." 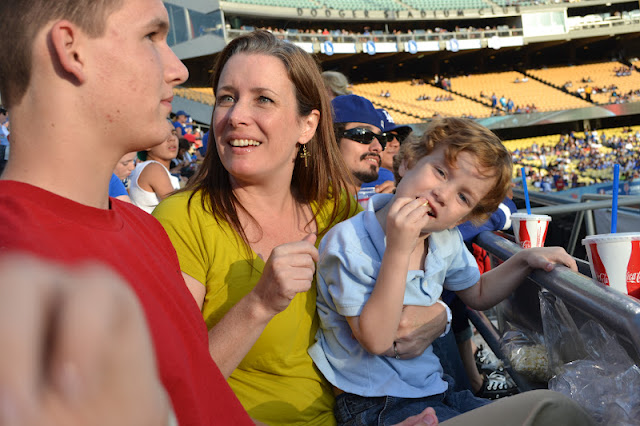 And he was serious. 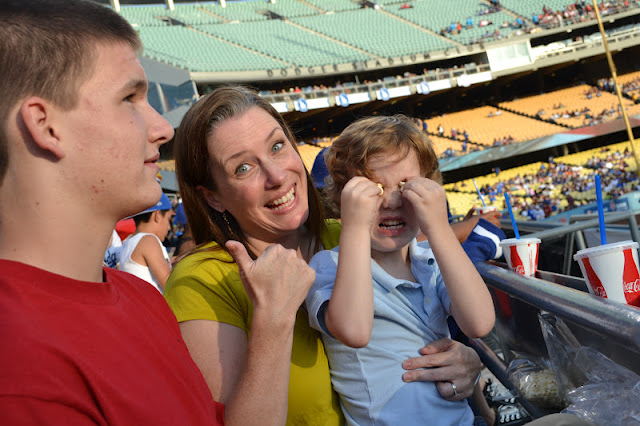 Man, we had a good time, though.  I loved sitting by my Dylan boy.  He cracks me up, that one, and it was such a nice feeling to just all be together laughing and cheering our teams on.  And he and I got to be driven crazy by Conor who was like a caged animal all night long.  I suppose in his defense, we did arrive 2 hours early and baseball games are long.  One of the highlights was when he picked up his giant pixie stick, upside down and poured the powder all over his lap, his shoes, my shoes and feet (in sandals!  Gross!) and the guy next to us.  Yeah, we were a hit. 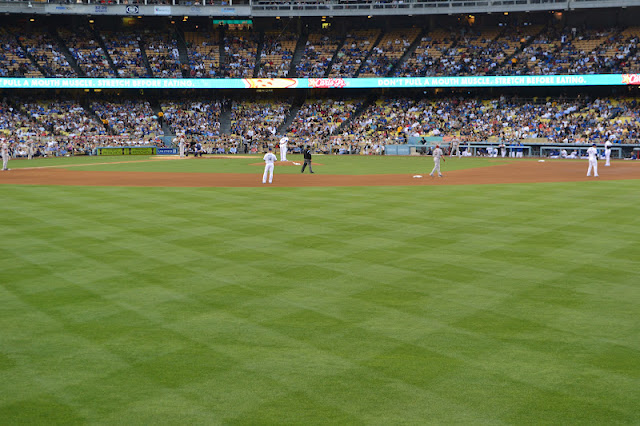 We were out here, Center Field, first row.  We actually really liked our seats, and we got to watch Andre Ethier and Matt Kemp real close the whole night.  Awesomeness.

Love us some baseball!  What a great night!
Posted by Jenna at 11:41 PM

That is some water slide!

Patrick was with some other WB lawyers at the exact same game! So fun that you were there together. I love baseball.