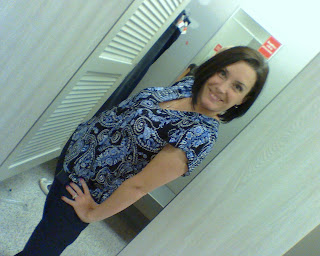 Remembering my own teenage years now...wow...Such a self-centred time.

You'll be cool again in their eyes when they get married and have kids and realize how cool you ALWAYS were.

Aw, hon. I think you're the coolest! But you know, I'm the hugest dork ever, and I need your company.

You mean well..you've always meant well. They'll see it in a few years.

BTW, you're *totally* a VanSciver girl you cute cute thing! (I think we all sing and dance out in public..it's just our nature. Nothing can be done to stop it..it's just going to happen.)

I love you and don't think you're embarrassing. I'm totally proud to call you my sister :)

You've made me nervous Jenna. I'm afraid that time is coming faster than I'd like with my kids. Ash is already embarrassed to hold my hand in public. I'm so sad.

Why can't they see that their mothers are the coolest people they will ever know?

And totally busting out in song and dance is a Van Sciver thing. I do it all the time too.

Ack! Finally at approaching 40 I was feeling past all that teenage baggage. Now I feel it will haunt me again!

I'm a fan of the randomly breaking into song option.

I'm not really excited for my kids to grow up. . .

LOL! Jenna, darling, you are cool to me--definitely not a dork. My daughter had a nervous break down the other month nd told me it horrified her that I wear mom pants.

There is nothing wrong with mom pants or the moms who wear them!

I tell my girls all the time that i earned the right to embarase them in public. They did it to me all the time when they were little.lol I love ya Jenna! Hang in there! You are not a dork....:)
Sara

you are just cool in a different way. in that way in which we look at senseless teen trends and scoff "they think that is sooo cool. ha!" and although it's probably better on this side of the fence- i bet you feel horrible! :(

It'll come! I didn't realize until recently (partway through college) how *funny* my parents are :)