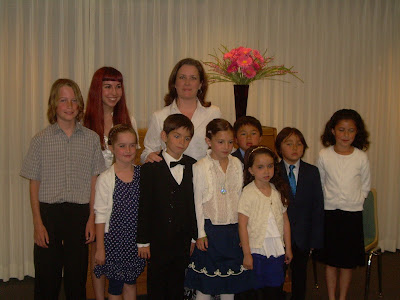 I get to hear piano music pretty much all day every day in my home in various stages of accomplishment. Sometimes I forget how lucky that makes me.

Despite the fact that I've been teaching for over four years now, on Sunday I held my first piano recital. I selected music for each of my students over Christmas break and then we got to work in January. Several of the students were assigned pieces that were quite above their skill level, but I can state with authority that when you really believe in a child's abilities, and you pour that belief into them, they will rise to the challenge. And then the gifts--of confidence, self esteem, discipline, diligence, endurance--are all theirs. 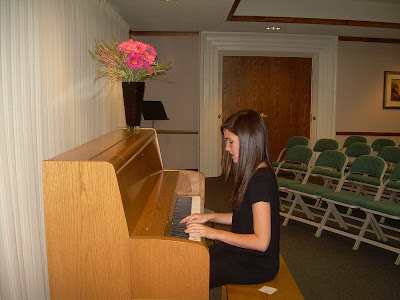 Lyndsay warming up for the recital

Take Bryce, for example. Such a cutie. At barely 10 years old, he's a great student and a hard worker, and has progressed steadily. When he left my house the week before Christmas, I handed him Scott Joplin's "The Entertainer", which I love, love, love. It was way over Bryce's head, but I thought the chords were written in a way that Bryce could tackle with a lot of hard work. When he opened the sheet music and saw all those notes his freckled face turned bright red and his eyes bugged out of his head. He laughed nervously.

"You can do this, Bryce," I told him enthusiastically. "You're going to love it."

When I sent him away that day, I admit that I carefully examined my motivation. I wanted him to reach, but I certainly didn't want to set him up for failure. That piece was pretty hard. But when he showed up the next week, we started tackling it line by line, really taking our time. His little hands were getting quite the workout, stretching for all those chords, and it was painfully slow. But no matter, I knew he could do it. I could picture him playing that song and every week I told him so. 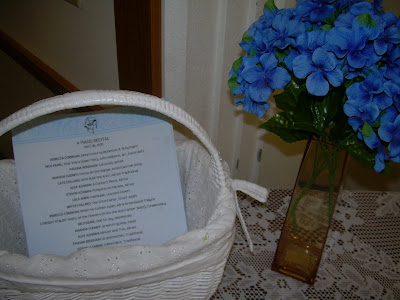 One week he came to lesson and all the inside pages of his sheet music had been obviously crumpled up and smoothed back out. I started laughing. "Had a bad week, Bryce?" I asked him. His face turned red again and he admitted that maybe there had been a time during the week when "The Entertainer" had gotten the best of him. "Well, it looks like you showed it who's boss," I said, "and not because you crumpled it up and threw it across the room, but because you went and got it and smoothed it back out. Good for you." That made me love Bryce even more.

Well, he did it. Let me tell you, the first time Bryce played "The Entertainer" all the way through for me, I had tears in my eyes. It took him five months, but he could work that song, and he had it memorized. At the recital, he blew them away, and I was so proud of him. "Do you see what you can do?" I asked him afterwards. His face turned red again, and he handed me a card, with a handwritten note inside that read,

"Thanks for being such a great piano teacher.
When you gave me "The Entertainer" I thought I could
NEVER play it. I probably never could have without you." 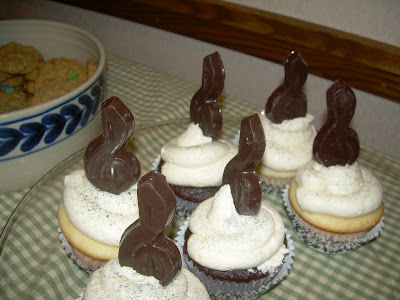 Every student felt so proud that night. Little Nico in his black bow tie was a crowd pleaser as he worked over the main title from Star Wars and Beethoven's "Ode to Joy." What a little performer! He loved the applause, and didn't seem at all affected by nerves. He had all of his pieces memorized too.

Alex and Steven, the darling little Thai brothers, that I worried and worried over. I even switched one of Alex's pieces the week before the recital, but they practiced so hard and really came through. Didn't even want me to sit next to them on the bench as they'd been asking me to do in the weeks leading up to the recital.

My darling Rebecca played her Schumann and Grieg pieces flawlessly, and curtsied with perfect grace. Even the students who made mistakes handled them with courage and confidence. What a pleasure it is to have gotten to know and come to love each of these little people and to have had something to do with helping them learn to play the piano. I hope they fill their own homes with music for the rest of their lives.
Posted by Jenna at 8:03 AM

The Entertainer was the only piece I ever learned to play on the piano. I loved that song.
You are a such an amazing person Jenna!

What lucky students to have someone who believes in them as their teacher! This post brought tears to my eyes! Like Leslie said...you are such an amazing person Jenna! Love you!

How wonderful for you to watch them blossom. I'm sure their parents are grateful to you and very proud of their children:) Such a blessing and accomplishment for you all.

It was so great to see them all! Nico is loving piano so much more these days, he loves that he can play songs for people. When we were driving home he said: "That was my first recital, Whoo HOO!!
Thank you for your hard work, praise and love for him.

I wish I could have been there! You're amazing.

That's awesome. Wish I played piano so I could fully appreciate the magnitude. Nicely done, sister!

My heart is just swelling over that story of little Bryce. Oh how I wish I'd had a piano teacher like you!