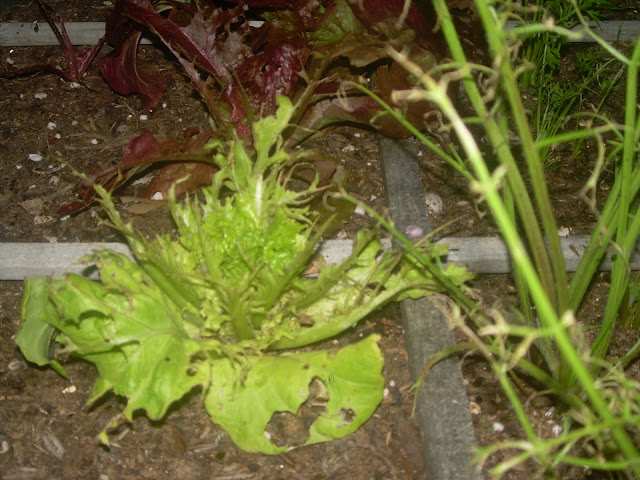 Something's been eating my garden. I noticed over a period of about three days, that's how fast it was. Each morning when I'd be watering and checking up on my growing plants, I noticed that one square seemed to be nibbled on. The next morning that square (of carrots) was completely devoured and now the next square was being targeted. It was making me crazy and I felt helpless to stop it. It is so frustrating to see your hard work, especially when you haven't really had the time to do that work, just being decimated before your eyes. Or not really before my eyes, you see, because it was happening at night, and I had no idea who the culprit was. 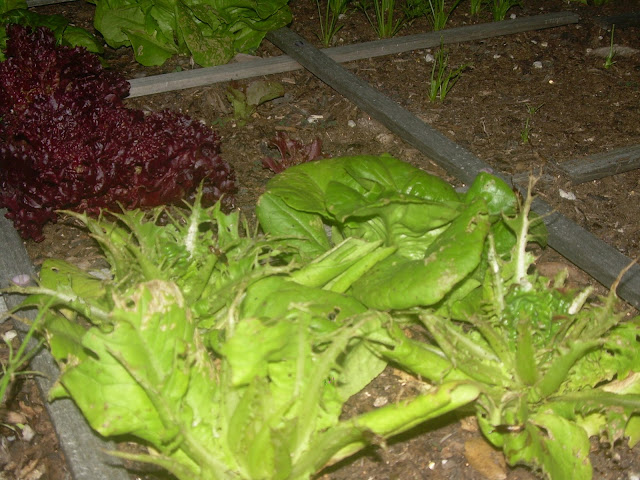 I started doing research and I had it narrowed down to either slugs or earwigs. I've never had a problem with either in the past, so this was all new to me. But one night I couldn't take it any more. I waited until night time and went out in the dark with my camera and started taking pictures. When I came back in and uploaded them to the computer, I could see who the little villains were: EARWIGS! They were on everything! 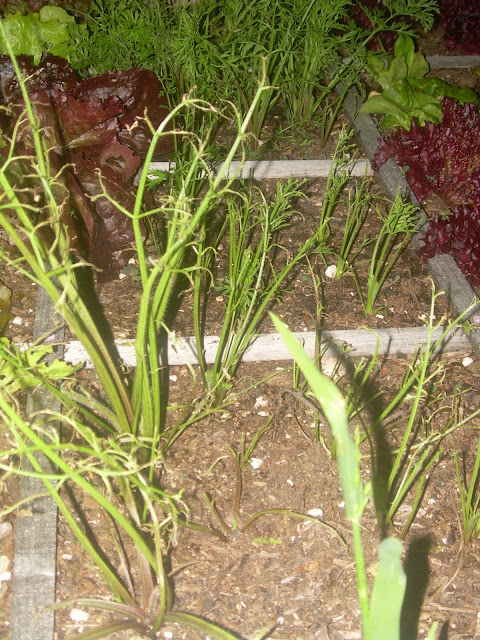 The damage was heartbreaking, and I'm not sure how much of it can be reversed, but I'm hoping for regrowth. In the meantime, I had to find a way to stop them. First, I went out and sprayed everything with soapy water. They scurried off as I sprayed, but when I went back out a few hours later, they were back. With friends. 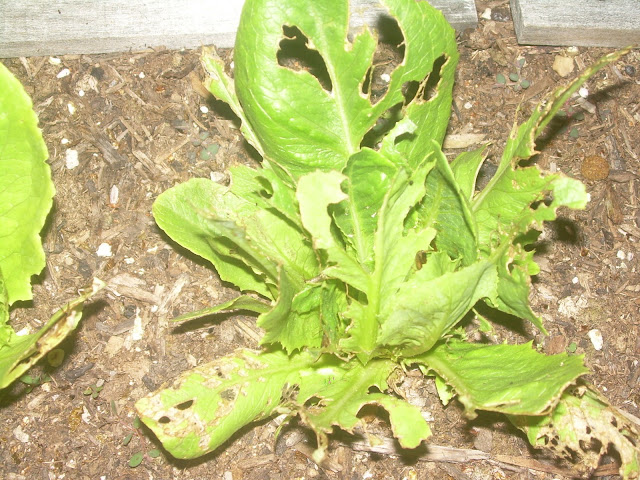 So, then I set out dishes of corn syrup/molasses/water. I'd read that the earwigs would be attracted to the sweet smell and then drown, but I'd also read it worked best in tuna cans, which I didn't have at the moment. I improvised the best that I could. 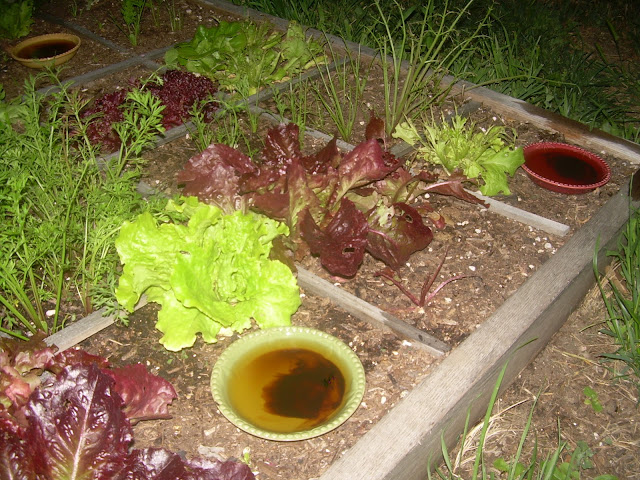 At first it seemed to be working, but by morning when I went out to check the dishes, there was only one single earwig carcass. All the rest had been able to swim to the sides and my slanted dishes helped them climb out to safety. Darn it. 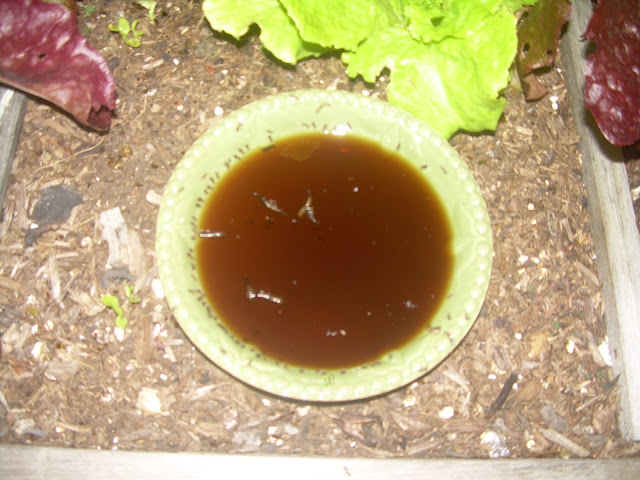 The ants, however, were loving their new treat. Not what I had in mind. 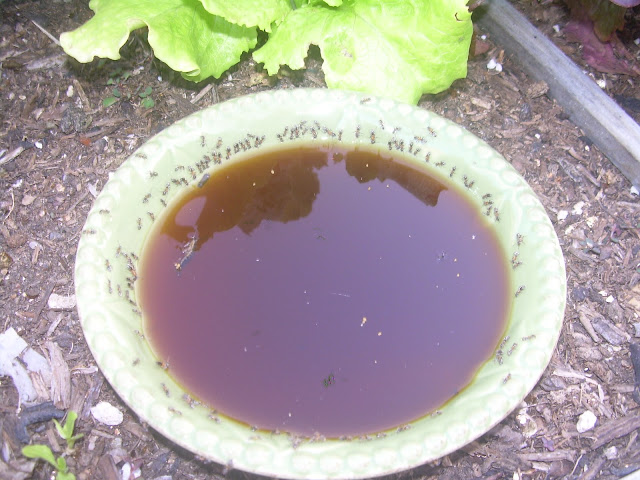 But then my mom told me about cat food (or dog food, but I have a cat). So the next night I went out late at night again and sprinkled a trail of cat food from my garden out into the yard. And then I waited. When I went out again a few hours later (really sleep deprived by this time, working all these night shifts against the evil earwigs) I snapped a picture and could not believe my eyes! The cat food was crawling with earwigs!

I went back out with a flashlight, and though I did see some plants with an earwig or two, most of them had preferred the cat food. 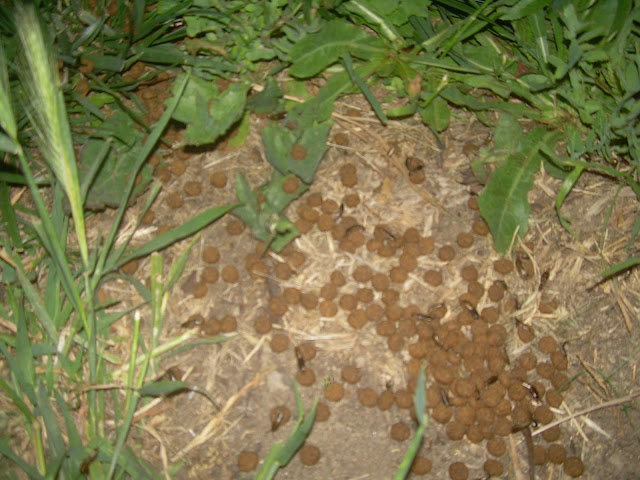 The following evening, and several since then, I've been sprinkling cat food all over the garden paths, hoping to deter the critters. I think it may be working. I haven't noticed significantly more damage to my plants. I'm sure the neighborhood cats are loving their premium midnight snack as well. I don't care. Just Stay. Out. Of. My. Garden.

That's so crazy. Hope they are gone for good.

So. GROSS.
Is the cat food still working?