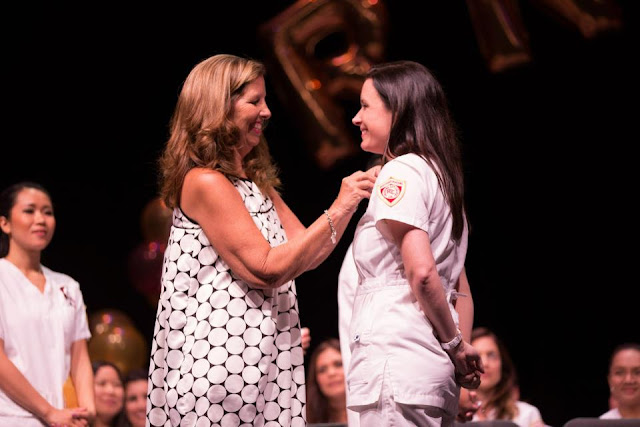 I did it! One week ago was the Pinning Ceremony for the Spring 2013 RN program. It was surreal, to be up on that stage, having finished the most challenging goal I've ever set for myself. I'm not going to lie, it was hard. Very hard. And compounded by the personal obstacles and opposition I was facing in my life. But it is done! 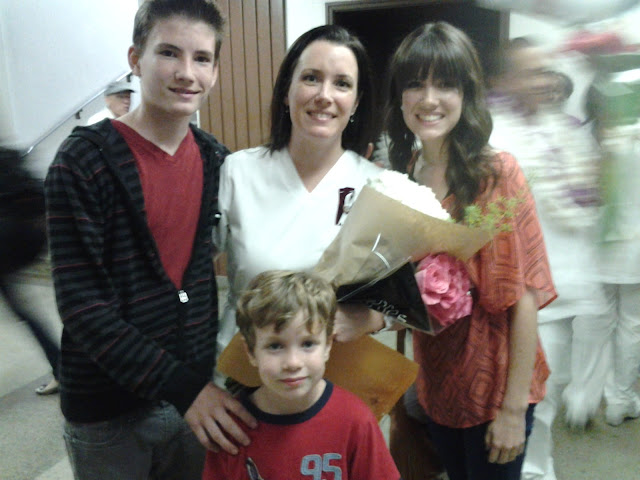 My children, minus Dylan, were there, as was Adam. Also, my friend Jennifer came down from the Bay Area with her two children (plus one in utero), my friend Jen from church, and the lovely Luisa along with her husband and children were there to support me. (The Perkinses also hosted a celebratory BBQ dinner at their house afterwards.) I felt so overwhelmed by the emotions of having finished the program, and sentimental as well about the friends who have become my family who were seated on that stage with me, many of whom I may never see again. I was choking back tears through much of the ceremony. My children were so sweet to be so proud of me. I could not have done it without them and their support and patience while Mom was always studying and was often stressed out. I did this for them.

I also could not have done it without my friends (and that means you!) who have cheered me on. You have no idea the power of cheering until you're the one running the race. My friends who believed in me often kept me going when life was hard. I had friends who helped me get a car so that I could start school, and friends who gave me money to help support my family while I was in school. I had friends who prayed for me and even fasted for me before big exams. My friends forgave me when I had no time to go out, or talk on the phone, or keep in touch like I'd want to. My friends knew when my exams were and would text me "Good luck! I'm praying for you!" before I went in to take them.

And Adam. I owe him a debt of gratitude as well. He made sure Conor got to school and got home on the days when I couldn't. He picked up my kids and picked up the slack for me many times. I would not have gone to nursing school had I not been in these particular circumstances of life. I think of my education as a gift that came out of some dark years of trial, and I am very thankful.

But mostly, of course, I am thankful to my Heavenly Father. He is the One who truly carried me. He is the One who gave me the direction to go to nursing school, and He is the One who opened every door of opportunity for me along the way. All I did was follow the promptings and continue to keep putting one foot in front of the other. Truly.

The day after I'd finished school, I had a crazy (though strangely normal) day of running here and there. Kids had to be picked up, dropped off. Conor had a school project to finish, I had to bake two dozen cupcakes for the Bake Sale at school, grocery shopping needed to happen, Conor had soccer practice and his bags needed to be packed, including his lunch for the next day, so that he could spend the night at his dad's that night. Dinner had to be made and I had laundry to fold. Aiden had a Court of Honor that night, and on and on. When we got home from the Court of Honor, I stopped in my tracks in the kitchen and the thought came to me, "How in the world did I ever study?" Here it was almost 9pm and it was like any other day, where I had been going, going, going. And I was tired. How did I ever fit it in? I felt gratitude sweep through me, with the realization of just how blessed I'd been. Heavenly Father had magnified my abilities, increased my capacity, carried me along. There is no way that I studied nearly as much as the other students in my class. There were just too many demands on my time. And I also never once opened a textbook on the Sabbath, as I'd promised Him. And yet, it was enough. I was enough, and I give all credit to Him.

At my graduation, I was presented with three awards, which took me completely by surprise:

I will never take full credit for any of that. Only humbly bow my head. I didn't do it. We did. And nursing is a profession, a calling, of service anyway so I say, Thank you. 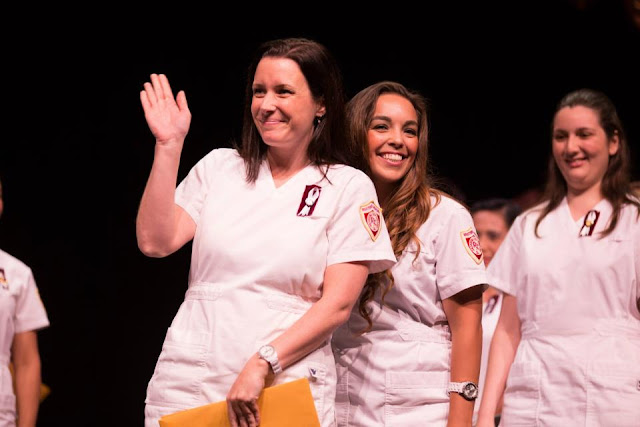 Congratulations! Way to go!!!
And so true about all the help.

Thanks be... TO GOD... and to you as well for being such a strong, and inspiring woman... Wherever you end up, they will be LUCKY to have you as an employee. And as much as your family supported you, they are blessed to have you as a mother (and wife, daughter, etc...).

Congrats, my friend (from elementary school!!!)... congrats. I love living your successes, if even remotely!

You don't know me, but I have followed your journey these last few years. I have tears in my eyes...I am so proud of you. My path has many similarities to yours. I am back in school as a means to provide for my children because of dark times. I love the education I am getting, but at times I want to give up. You are an inspiration! Thank you for each post you have done throughout the process, I am sure you had such little time to spare, but I enjoy each one! Congrats!

Thanks Jenna for being the example you are to those that read your blog, those you touched in your studies and other parts of your program. You did it!!!!!