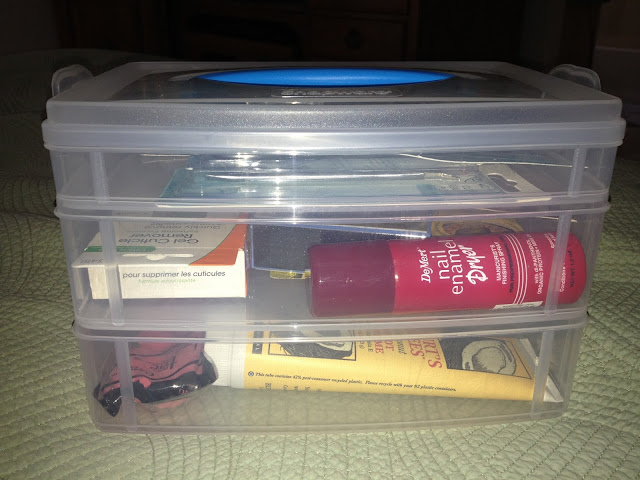 I was really stuck about what to give Lyndsay for her 19th birthday. I didn't have a ton of money to spend, but I wanted the gift to be something personal, and something useful.

One of my resolutions this year was to do all my own pedicures (and manicures, but I always do those anyway). I bought a set of tools and learned to use them, figuring that a couple of at-home pedicures would pay for them. Well, Lyndsay loves to do her nails.  She changes her polish frequently. The other thing Lyndsay loves is saving money. She loves to be treated to a pedicure or manicure, but doesn't spend her own money to get them. And since I'm not going for me, I'm not taking her! She's been using my supplies, and I thought it would be a good idea to put together a kit for her (which is much more inclusive than what I have, but I love putting kits of anything together). She can easily tote it back and forth when she is traveling.

I bought the box at Joann Fabrics. I had a 40% off coupon. I like that it has the three layers that can each be separated. 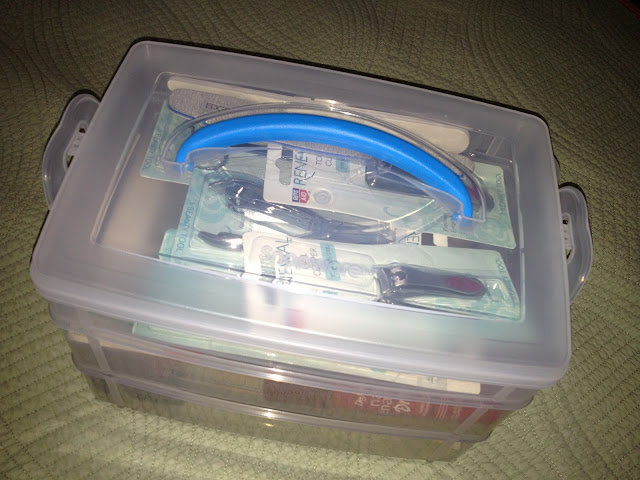 In the top layer, I put all of her tools. Everything she would use for both hands and feet. Well, except the clippers. I thought about putting those in the other layers, but then decided to keep all the tools up here. 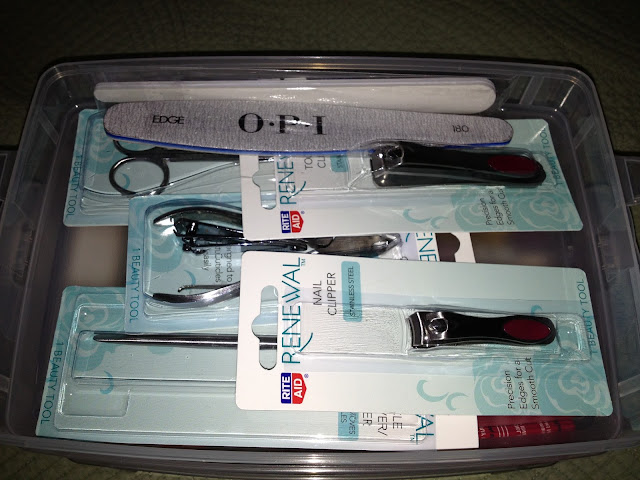 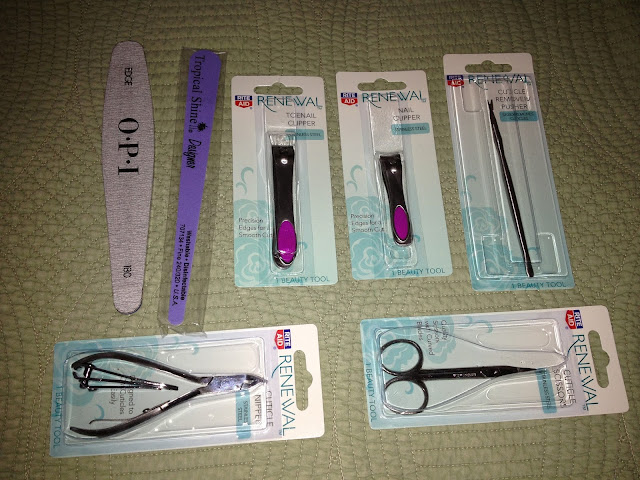 The second layer is for hands. (Mostly. I do use the cuticle remover gel on my toes.) 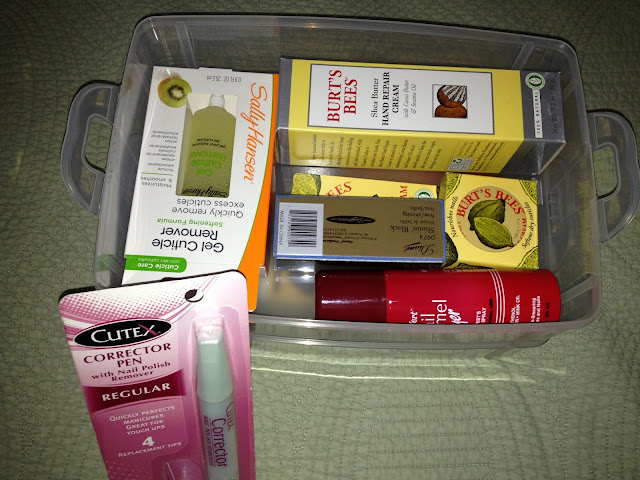 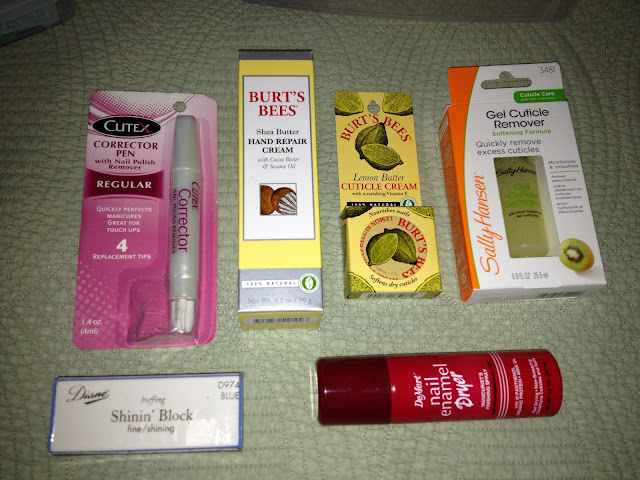 The third layer is for feet. 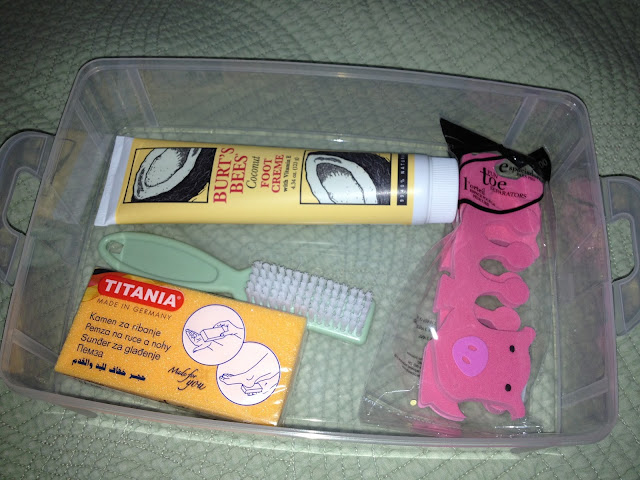 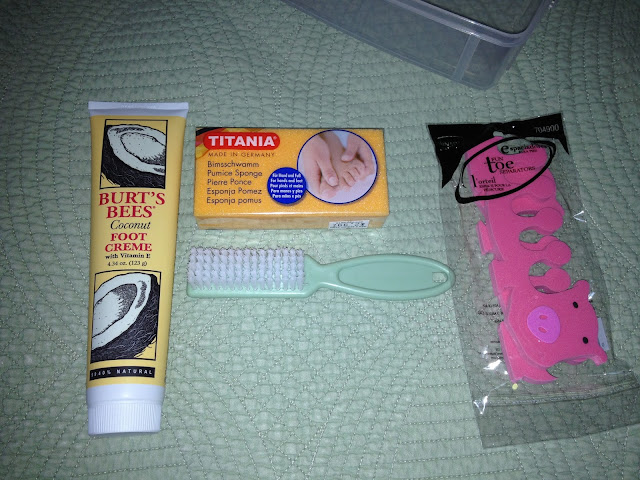 She could tuck a polish or two in there, if she wanted, to tote her supplies downstairs here at home, or over to a friend's apartment. 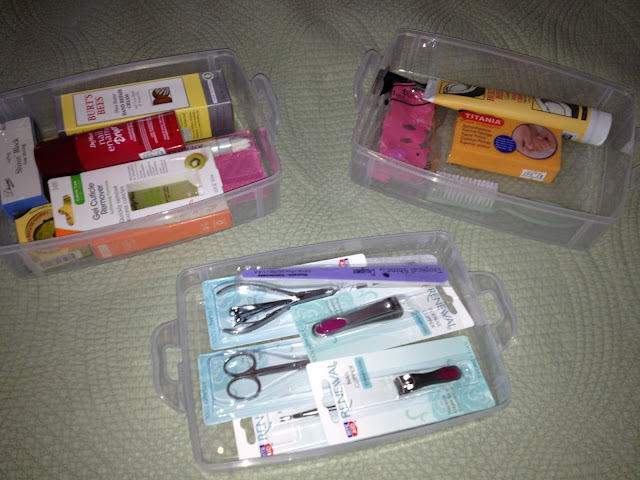 She likes it quite a bit, and I want her to be proficient at caring for her hands and feet. Mani-pedis are such a nice treat, but they should be a luxury, not a have-to. And good girls always know the difference.
Posted by Jenna at 1:02 PM

Absolutely LOVE this idea. I know what Im doing for my girls this Christmas.