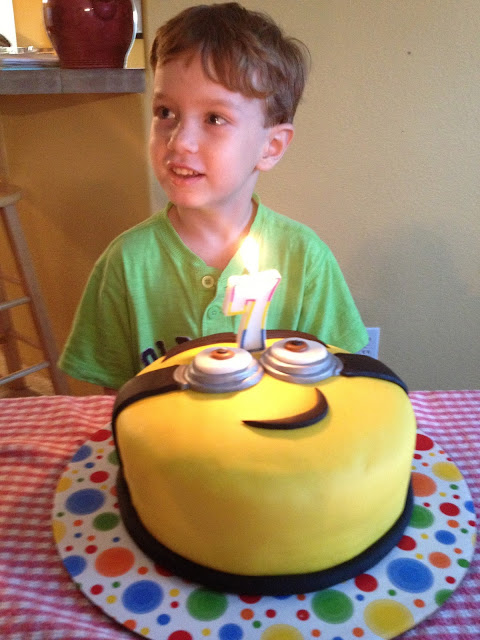 Since Conor's birthday fell on the first day of school this year, we decided to celebrate the little guy on Friday so he could have the day all to himself. Lyndsay had off work that day, and Aiden only worked until noon.

We decided to head downtown to the Natural History Museum, a place I've wanted to go since we moved here eight years ago. I love museums, and I love dinosaur bones! I thought Conor would love it too.

You can see he was eager, as he waits at the top of the steps. 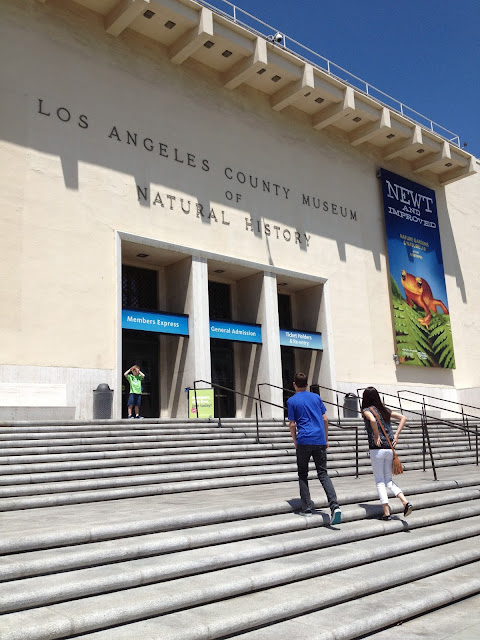 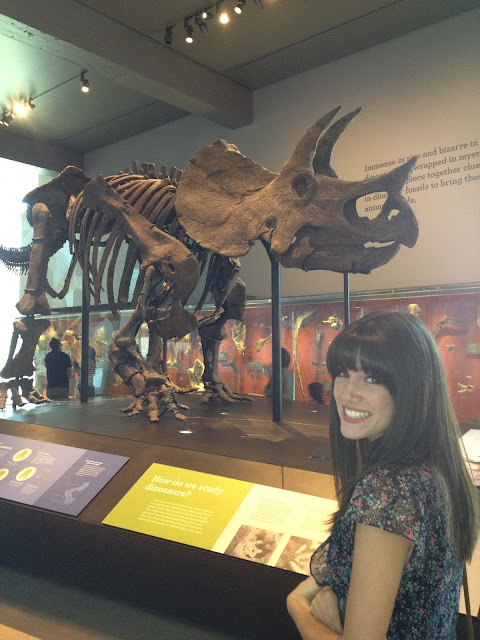 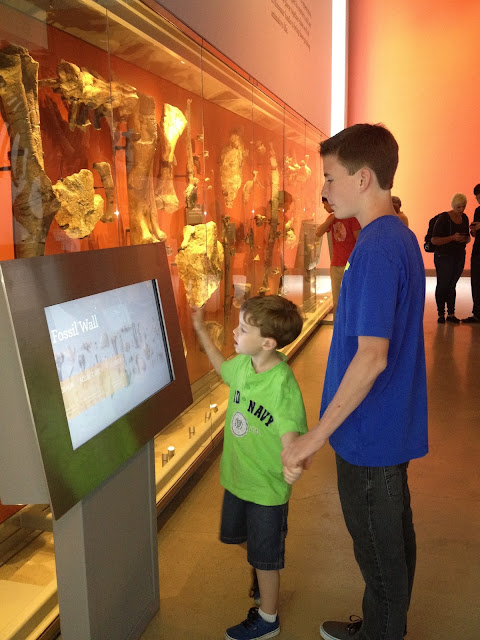 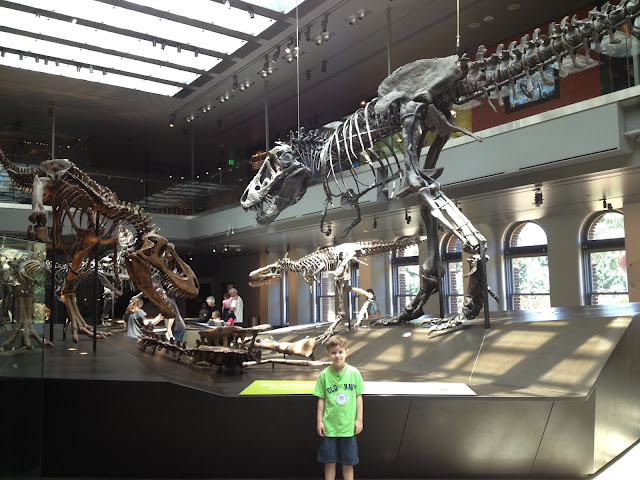 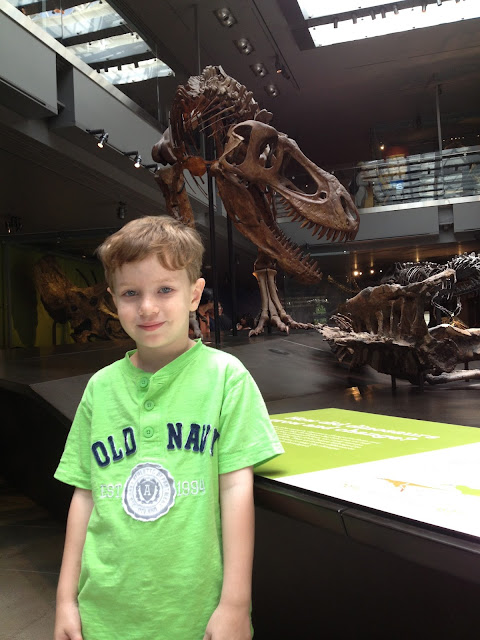 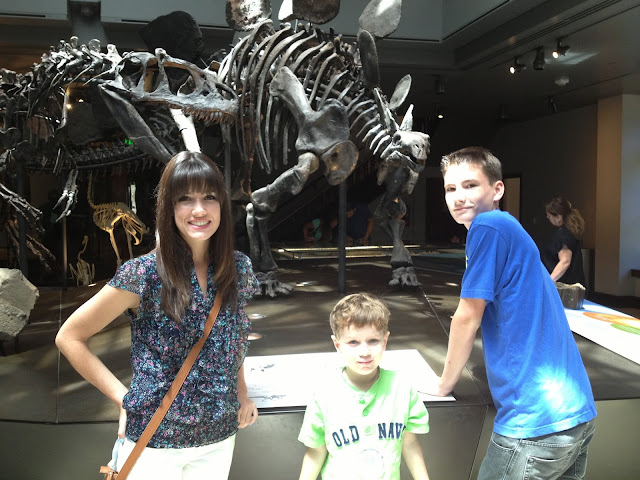 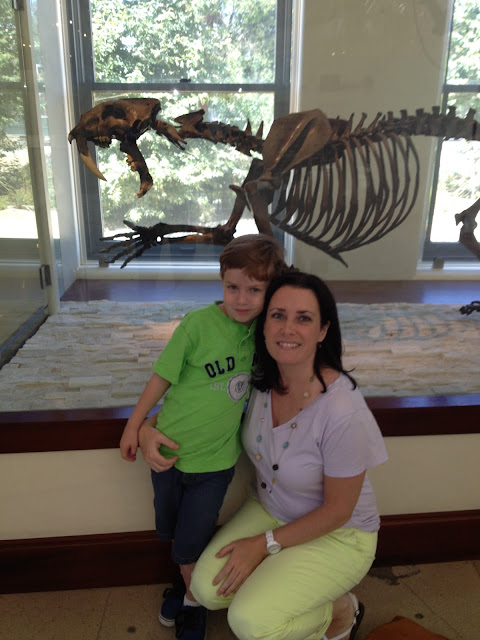 There was also a Butterfly Pavilion that we got access to. Conor was a bit crazy in the museum, running from exhibit to exhibit, but in the butterfly pavilion he was so calm and interested in the little creatures. I taught him how to get a butterfly to sit on his finger. 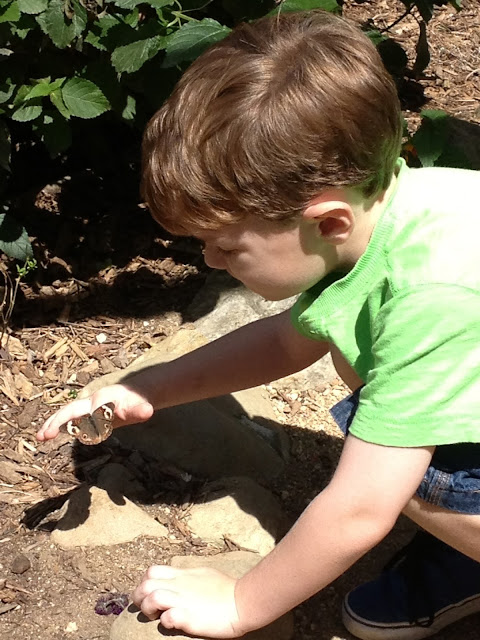 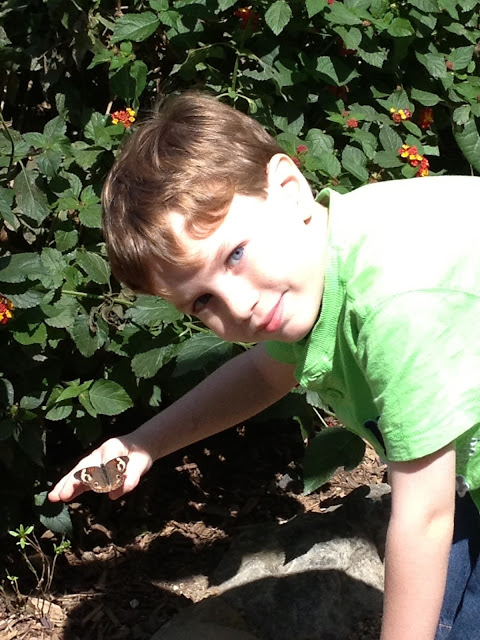 He was so proud! I told him how special it was for a butterfly to trust him, and he was delighted. 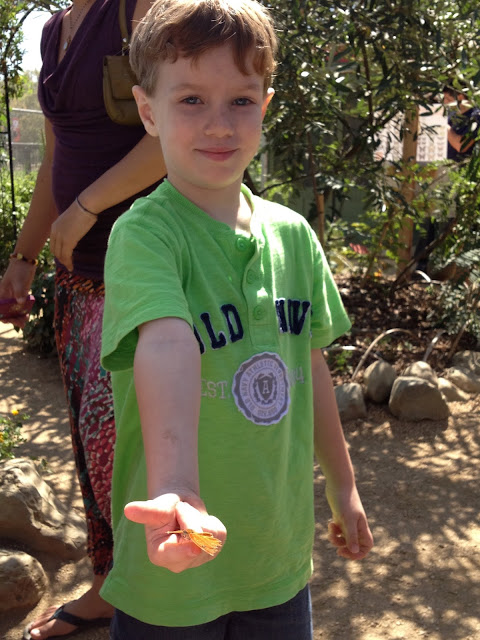 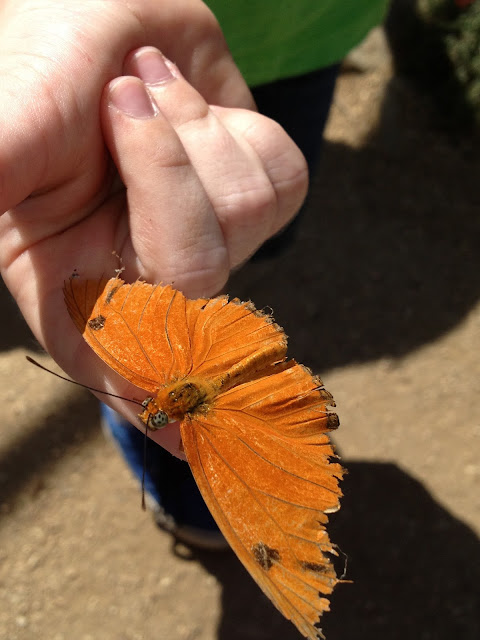 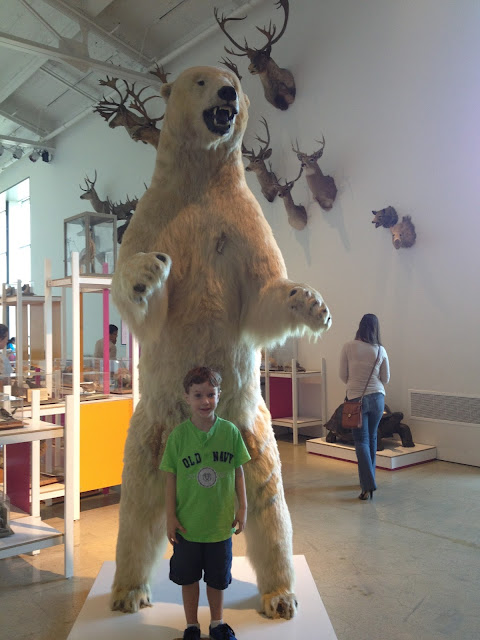 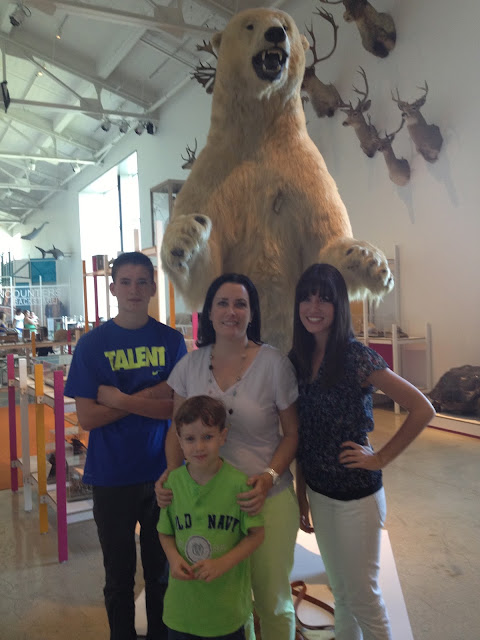 (This is a dolphin skull) 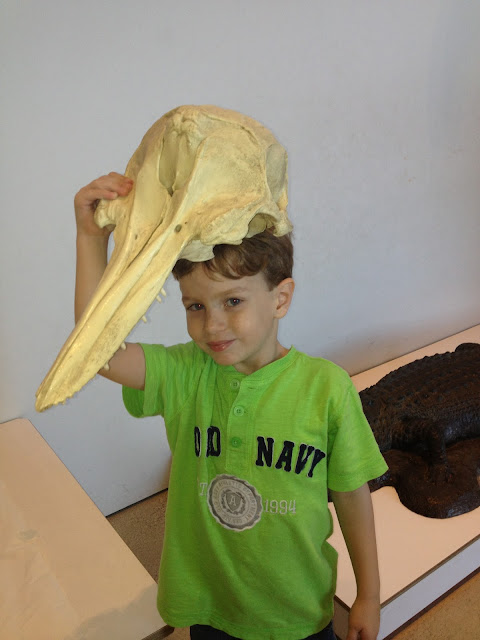 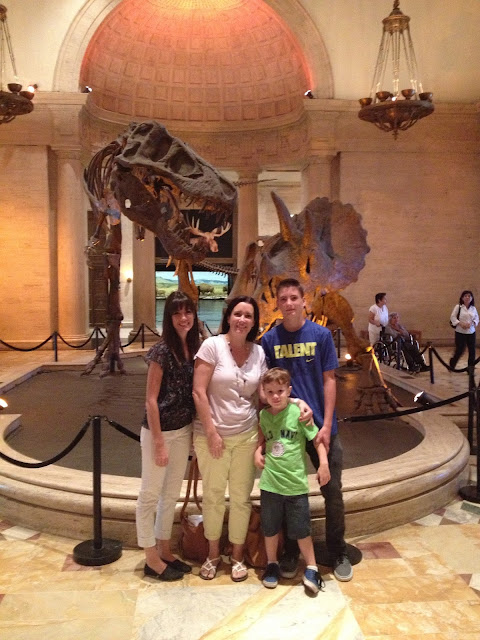 Back at home, we invited Adam and Sean to come for dinner and cake. (Caitlin was working.)
Conor requested Asian Chicken Salad. It's a huge favorite here. 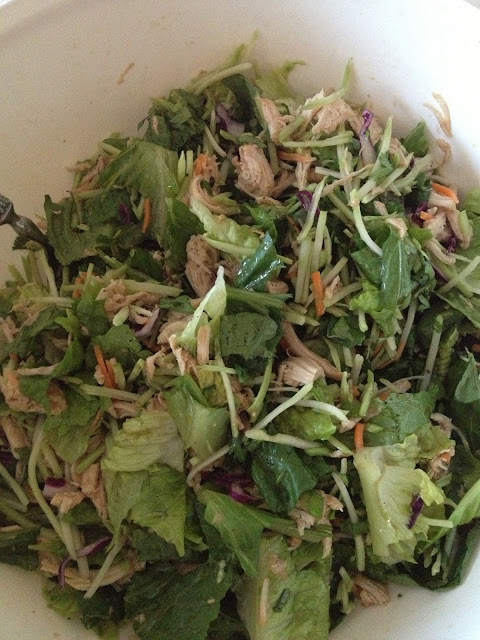 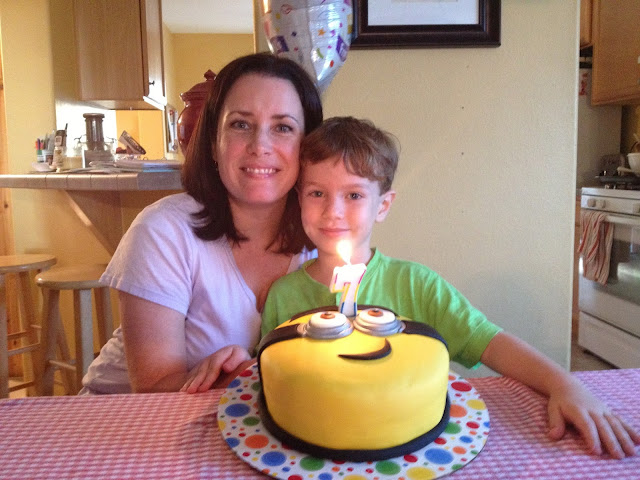 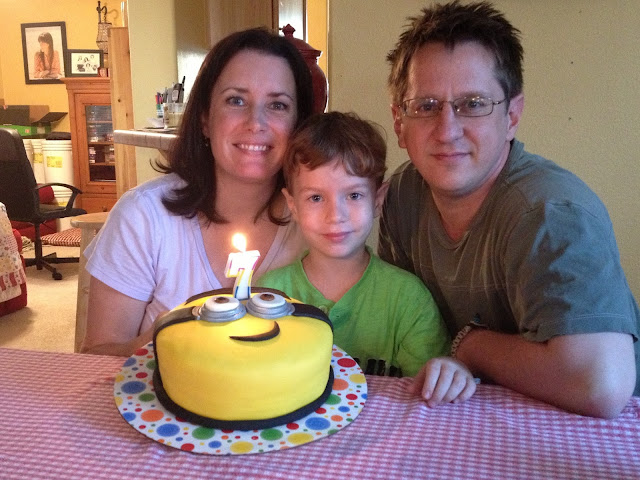 Conor's Minion cake. I really wanted to make a dinosaur cake to go with the museum theme, but he wanted a Minion, so that's what he got. Thankfully, it was pretty easy. 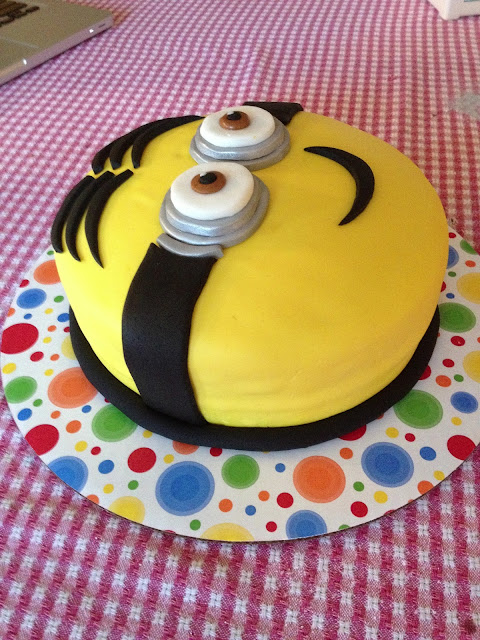 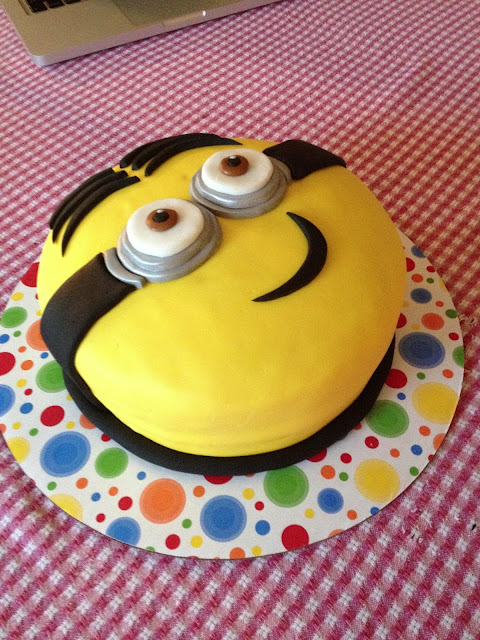 Adam brought Conor this pointer finger, and boy, did he take full advantage of that! Conor loves having authority.

When it's someone's birthday, we go around the dinner table and each say what we love about that person. As soon as we sat down, Conor said, "Are we forgetting something?" And then he proceeded to point to each person. "YOU. What do you love about me?" Of course, it's easy to think of wonderful things about him. I liked how Lyndsay said that Conor shows leadership qualities. (ie, BOSSY.) 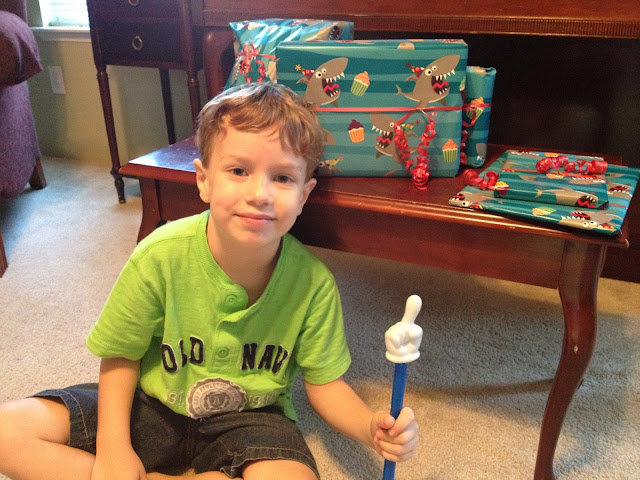 A few gifts that I'd purchased in February and put away for either Christmas or his birthday. 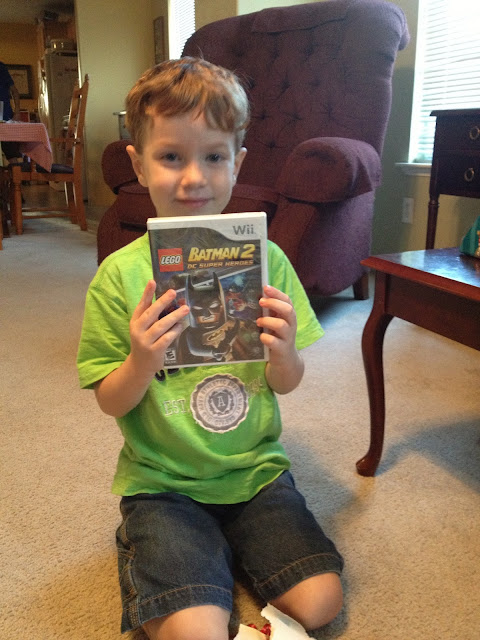 This game is called Perplexus. And it's hard. 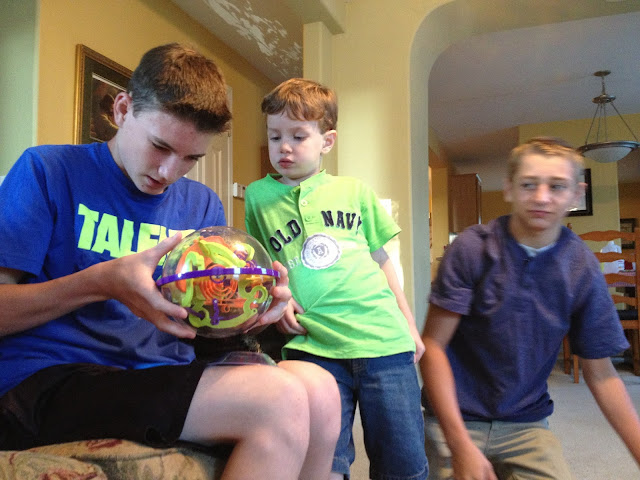 Putting the Lego set that Aiden got him together with his dad. 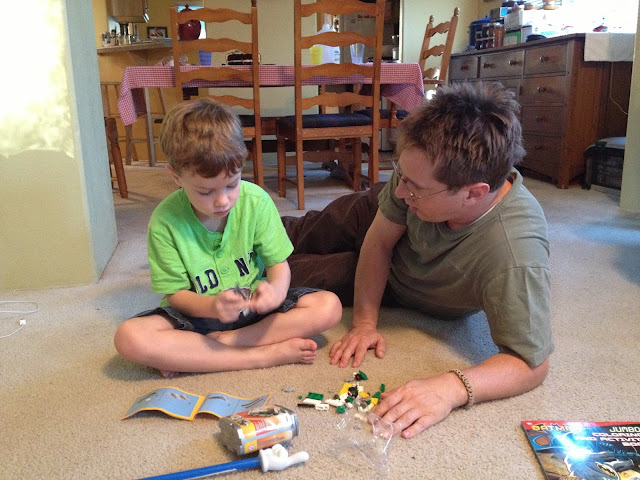 We sure love this boy! And I cannot believe he's 7 already. Still a little guy to me, though. I think about my bigger kids and how I would give anything to have Lyndsay or Dylan or Aiden be 7 again. I will fully enjoy my little Conor at age 7 (even though I miss my chunky baby!). He just gets cooler every year, anyway.
Posted by Jenna at 5:00 AM

Oh my goodness! Look at that cake! That's amazing.

My youngest will be turning 7 next week and we're trying to figure out how to celebrate. I think it's going to be Legoland since the kid is obsessed with Legos. It's such a fun age, isn't it? They're so excited about everything and the world is just one big discovery ground. :)