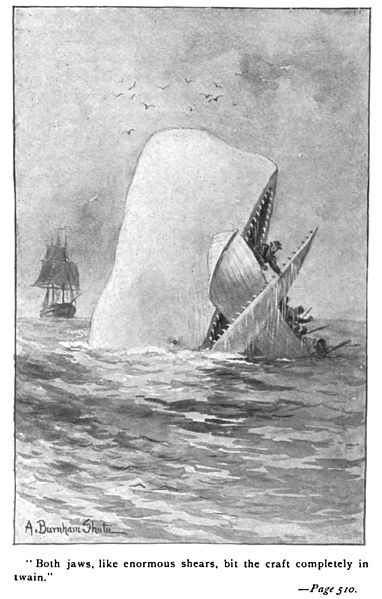 Conor loves Moby Dick. Thanks to my homeschooling years, I have quite a collection of children's versions of classic literature, and one day when he was three or four, he brought me an illustrated story book of Moby Dick. I read it to him. He was totally into it. I can't even tell you how many times I've read that book to him. And he loves to recite the dramatic parts along with me, in his best seafaring voice: "Death! Death to Moby Dick!"

A few weeks ago, I decided to read him a more complex telling of the story, by Geraldine McCaughrean. He already knew the framework of the tale, but this added so much more detail and a few new characters. The vocabulary was rich, so from time to time I'd have to stop and explain, but he just wanted more and more. And when we finally got to the part, near the end, where Moby Dick makes his appearance, he could hardly stand the suspense, even knowing what would happen.

A few days after we finished reading the book (which took us two weeks), I happened to find these simple directions for how to make a paper whale. Perfect!

I called Conor over and we started folding. It was really fun, actually, and I'll admit that I made about eight of them! But they were white, and of course, Conor made one of his whales Moby Dick.
It was bound to happen.

See, there are all the harpoons still stuck in his side, and poor Ahab, who's about to be caught in the harpoon rope and dragged down into the ocean. 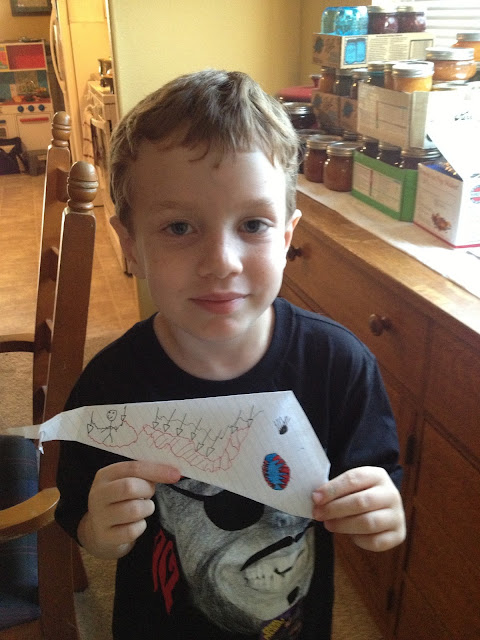 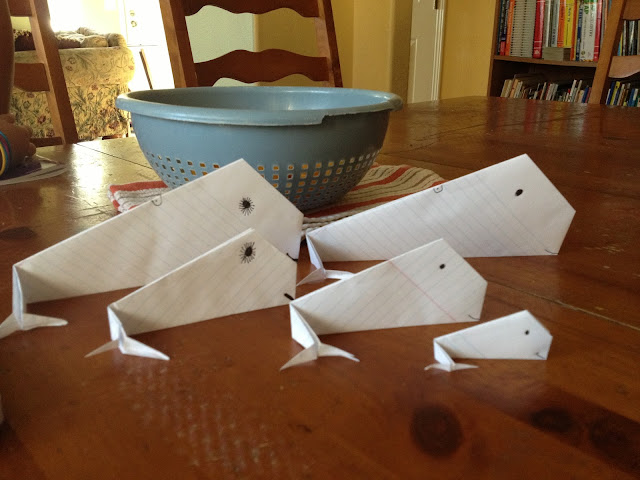 And it was while he was playing with his pod, that he said something interesting. He said, "What if Moby Dick was actually the one seeking revenge?"

I asked him what he meant.

He continued, "Well, it's all about Ahab trying to get back at Moby Dick for taking his leg, but what if Moby Dick took his leg because Ahab and other whale hunters had killed his family and other whales? What if a whole bunch happened even before the story starts?"

I love this kid's mind, I tell you. 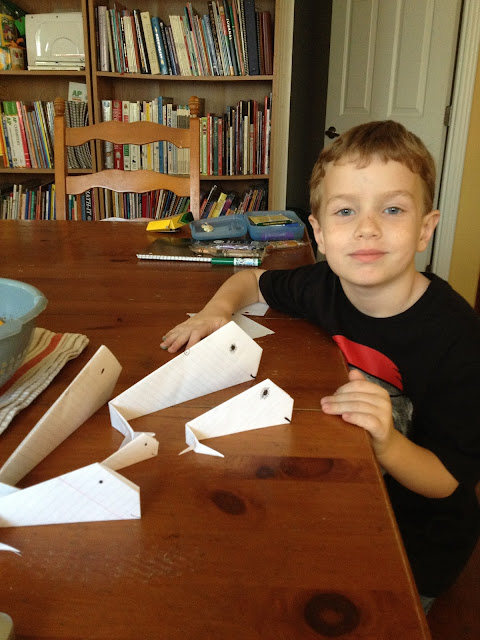 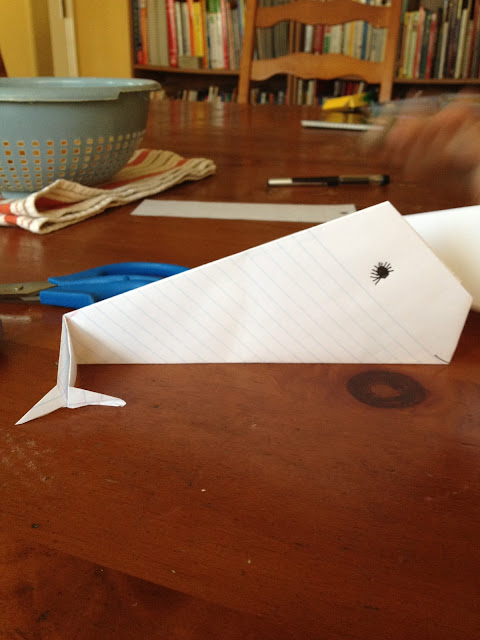 "What if Moby Dick wasn't born mean, but he got that way because of being harpooned and chased and his family being killed?"

Well now, there's something to think about. What if Moby Dick wasn't born mean?

You can imagine the conversation that flowed from that opener. Bullies. Schoolyards. Tragedies the world over.

He listened to all of that and seemed to tuck it away somewhere precious. But his last question forced its way out:

"Someday you're going to read me the "real" Moby Dick, right?"

Oh, Jenna! I love and admire you and your kids sooo much! You are a wonderful mother and have such wonderful children. :)

Wow- some deep insights for a little boy.
Sadly I don't ever remember reading Moby Dick. How sad is that? Must find a copy and get on that.