In January, I took the leap and went back to school, officially, taking my first class at Pasadena City College. Interpersonal Communications.

Also in January, we held a "Scary! Dylan's a Teenager!" party for his 13th birthday. 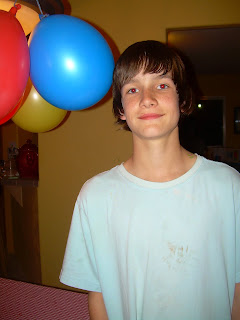 . . .with appropriately scary and creepy treats. 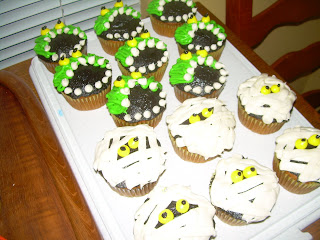 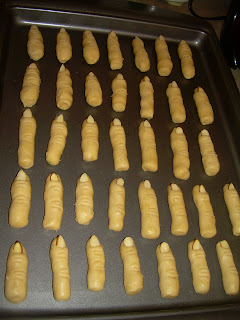 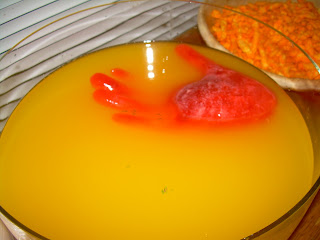 In February, I began my second semester, taking Biological Chemistry and Humanities. I got to sample these (mostly) fine pieces of classic literature, 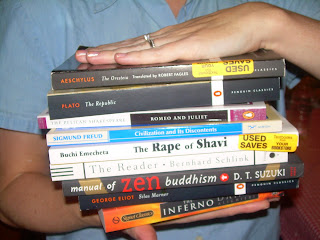 and these fine pieces of chocolate from See's Candies. For research. You remember. 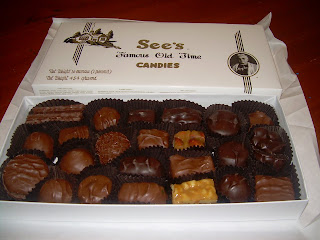 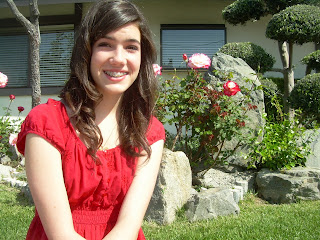 Conor moved from his crib to a big boy bed. 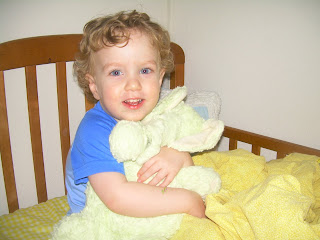 My stepson, Sean, turned 11 and requested I make him clam chowder in homemade bread bowls. 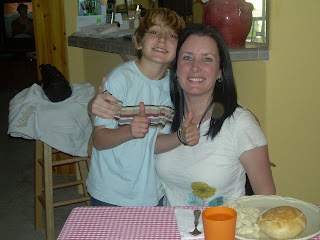 We bought a family membership to the Los Angeles Zoo and took Conor for his first visit. 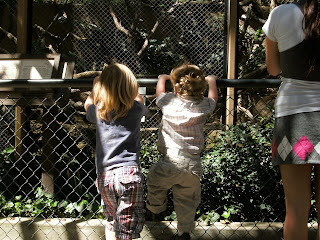 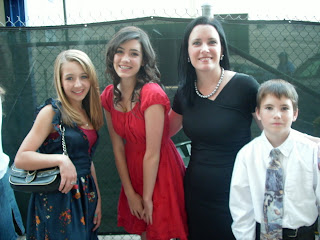 In April, the Easter Bunny came, right on schedule. 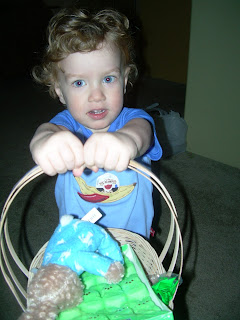 And we had a glorious Easter feast. 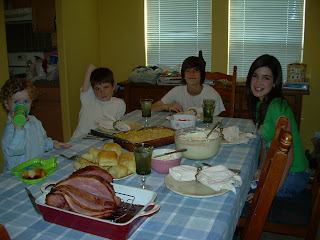 In May, my kids and Adam spoiled me for my birthday, and then for Mother's Day. Oh, and I got my hair cut. 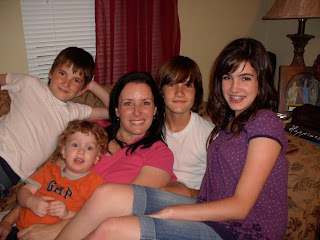 But the biggest event during May, was Dylan running the L.A. Marathon! 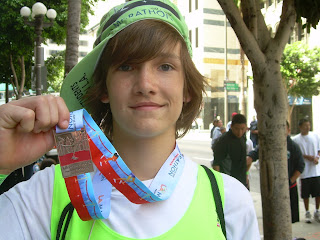 In June, we celebrated an early 15th birthday for Lyndsay with a girly spa party. Remember that? 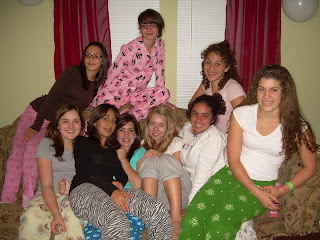 And Lyndsay finished her first year of high school, earning the highest A in Honors Biology in her school, though she had never taken Biology before and had to work very, very hard. (This is her Bio teacher, who is now her AP Biology teacher this year.) 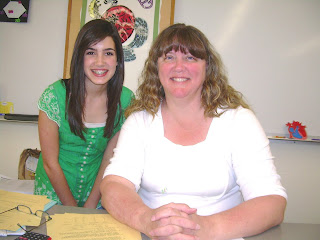 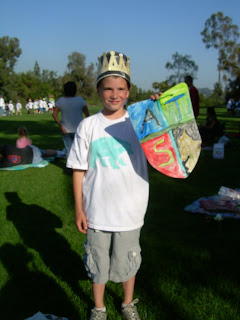 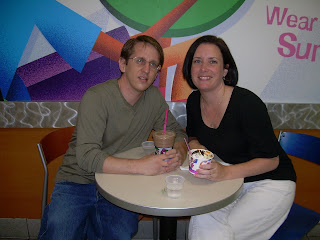 And like every year, I sent my three big kids off to Arizona to spend the summer with their dad. 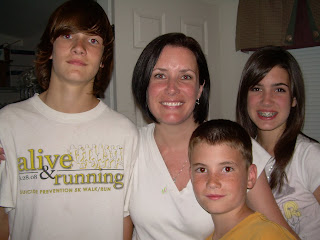 But just before they left, we found this darling baby possum lost from his mama (who was undoubtedly sleeping away the daytime hours). I wonder what became of him. 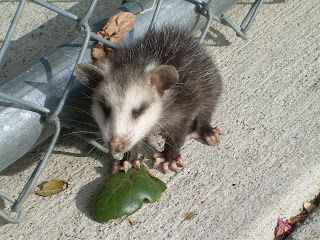 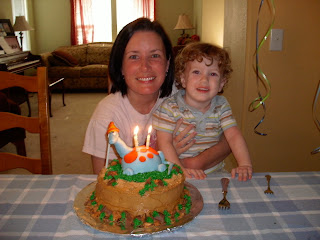 and even though this picture is terrible, we had those scary wildfires in the mountains around us. This is the blurry view behind our house. 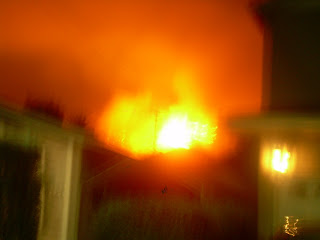 Oh, crap. I forgot September. After uploading all these photos! Well, the fires were still burning in the beginning of September. In September everyone went back to school, including me, taking Anatomy and Physiology A.
In October, Conor won first place in the ward costume contest for the pirate costume I made him in between memorizing every dang feature of every dang bone in the skeletal system. 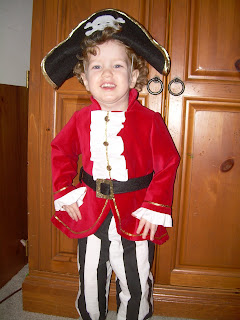 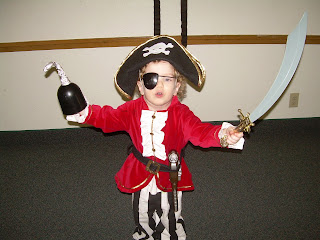 In November, Aiden turned 10! Double digits! And he had a delicious chocolate and peanut butter cake. 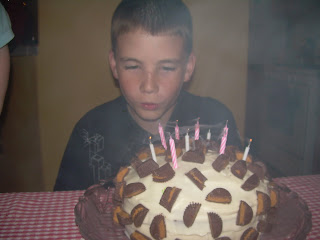 In December, I took Lyndsay and Dylan to see New Moon, as we saw Twilight last year. 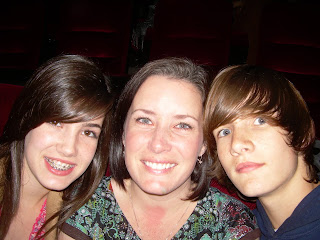 And besides Christmas fun, the best thing that happened in December was having my mom come to stay for a weekend and celebrate with us. I did not want to see her go! Spending those days with her and David were definitely the crowning event of my year. I love my mom. 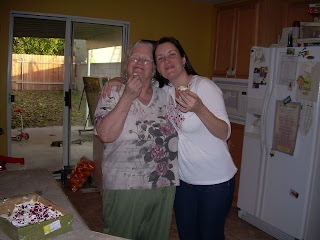 A lot happened in 2009. I like where I stand right now. Even though some ground may be shaky, I feel strong and steadfast. I finished 13 credits of school, still holding my 4.0, and I have a goal. I learned so much about myself, and most of the time, I think I'm doing pretty okay. Many, many friends reached out to me and helped me this year, and I am deeply indebted to you for your belief in me. Thank you. Thank you so much. You make me even better.
Can't wait for 2010!
Posted by Jenna at 1:10 PM

Looks like a very good year! May you continue to enjoy many more with your lovely family.

You are so fantastically inspiring! Happy New Year, my angel.

The impression I get from this entry is that the good far outweighed the bad in your life in 2009. Such beaming good health! So many smiles! Lots of tasty food! Plenty to do! Accomplishments galore! Friends & family all around! I'd have to conclude that you had a fortunate and blessed year on balance. The Lovely One & I are coming to live with you.

Your Mom loves you, too. And that visit was a highlight for us, too -- both of us.

Yes, it was! I really enjoyed visiting and celebrating with everyone.

I am new to the forex market and am looking for a good trading system that actually works. Can someone point me in the right direction please?
[url=http://forexrobot-review.info]best forex software[/url] [url=http://www.bktactical.eu/tcu/forum/viewtopic.php?f=2&t=14610]unlock iphone[/url]

Forex system? For my Ex, I found David Foyt, and he's seems to be working out really well for her, to my great relief.

Your blog keeps getting better and better! Your older articles are not as good as newer ones you have a lot more creativity and originality now keep it up!