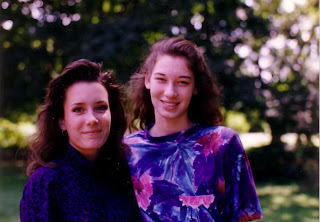 After all these years, she still stands by me. She's the truest form of friend, and I love her. We met in Moorestown Ward in New Jersey when we were eight years old, and there we grew up together, though we never attended the same schools. The above picture was taken just as she had graduated high school, and I was engaged to be married, having graduated the year prior. She went off to BYU, an adventure we'd always planned to have together, and I got married and moved to Arizona, which was at least a closer pit stop to enjoy Thanksgiving breaks in!
My kids know her as Aunt Jennifer, and with no disrespect toward her husband, we all still call her by her maiden name. I just can't shake it. But I'm trying. She's had such an exciting life in my eyes. While I was a young mom, sleep-deprived and wearing spit-up, she was going to school, serving a mission in Costa Rica, living and studying in Spain and Mexico, and traveling the world. We kept in touch through letters and phone calls and occasional visits, but even during long absences of communication, she's just one of those friends that is always there. When we talk, it's like we never didn't. There's no obligation, no pressure, just love. How she can love me so much, when she knows me so well, is beyond me, but I'm so, so grateful that she does after almost 30 years.
Jenn didn't get to attend either of my weddings. The first time she was mid-semester across the country at BYU. The second time, she got married the same weekend, completely by coincidence! So, I didn't get to be there with her either, but now we're both nearly five years into marriage, and Jenn's dream of being a mother has filled her days with a busyness I remember so well. Here she is with her adorable baby boy, Alden, and if you look closely, you'll see that baby #2 is growing within! 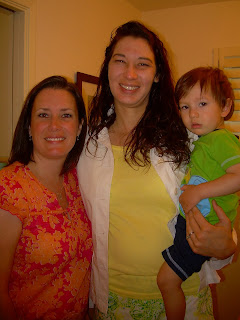 So, it was with Jenn and her husband, Gregory, that we stayed in San Carlos. It was amazing to see her in her life, instead of her always seeing me in mine. I loved her house, her pots and pans, the pictures on her walls, the sheets, the books on the shelves, all the things that are part of her and her growing family. She and Gregory both love to cook, and that's pretty much all they did while we were there. Make food and more food for us. (Which Jenn can put away like nobody's business, seriously. And she's like a toothpick, always!) They fed us so well, and they got to see what it's like to cook for 8 people every day. . .and clean up after feeding 8 people. Yeah, these are hard lessons to learn. But the food was delicious! 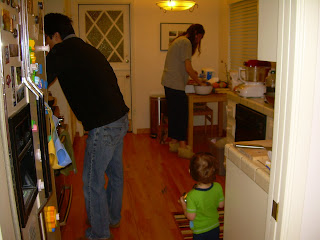 They were so good to us, making sure we were extra comfortable in every way. Besides the hills in her neighborhood, making me never want to leave the house, I could have stayed forever. Alden was thrilled to have so many people around, and my kids loved playing with such a little guy again. The boys mostly sat on the couch and played video games on Gregory's awesome huge screen television, but at least they were quiet and happy. 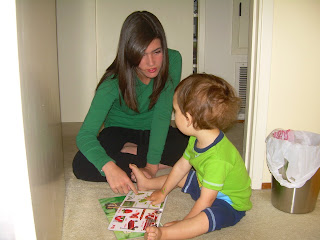 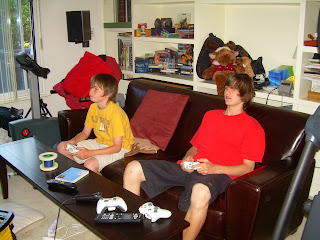 So, that was another benefit to getting to attend Mom's wedding. Time with an old, dear friend. I miss her already. But I know that whenever we should next see each other, it will be like we never parted. 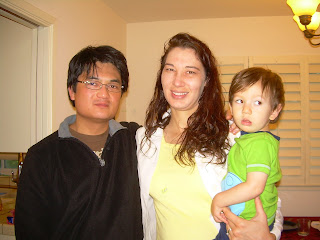 I have a friend like that too. Didn't meet her till I was in my 20's but oh it was worth the wait. Friends like that heal something in us, I think.

I seriously feel sorry for people who don't have that kind of friend. My BFF and I met in Primary when we were 5. And though we don't talk often enough, when we do, it's like nothing's changed. Love it!

I read this and heard echoes of giggling coming from behind me in Young Women's :)