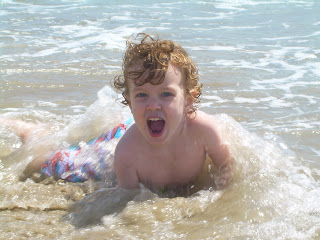 I have an amazing friend named Sara. She lives in Arizona. We met when we both lived there, in the early days of wifehood, both pregnant with our first baby girls, both of us with husbands going to school. Sara would do anything for me, and in fact she has. She was the one I packed up and ran to when my first husband told me he was leaving me. She was the one who called me every single night for, I don't know, years?, when I was alone and trying to figure out what God wanted from me. She and her husband are the ones who helped me get my van so I could go back to school. She even loaned me her amazing house so that my entire family could have a family reunion there.
Sara brought her five children here to visit last week. Her husband, now a physician, had to stay behind to work, and Sara needed to get away, so we cozied up here in California. I was most concerned about feeding everyone, since more than half of the kids are teenagers now. I made up a menu and did some serious shopping. And some serious cooking, for up to 14 people, three times a day, all week long. And I would think to myself, "How does Michelle Duggar do this for her entire life?" But it was very gratifying to see those hungry, growing kids scarf down food, I gotta tell ya.
We spent two days at the beach, just lounging in the sand, while the kids played like they'd been together their whole lives. Kids love the beach, and it is so fun to watch them just love it. Some of her kids got sunburns the first visit, so Sara was the Aloe Police at home trying to heal them super-quick so we could go back two days later. It worked. 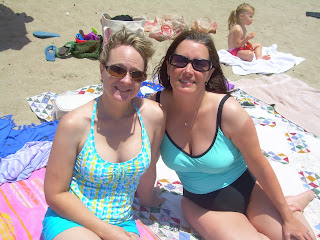 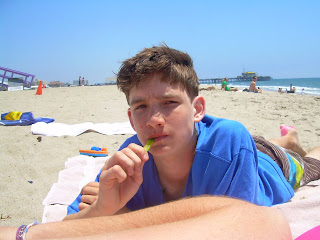 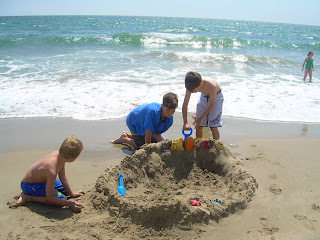 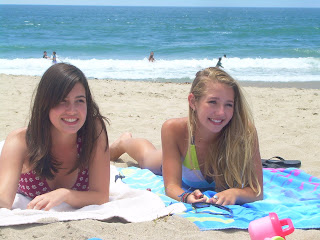 Sara and her troop left on Friday morning, and then I got busy packing up to go to Youth Conference as a ward leader. Three of my own kids were there, Lyndsay, Dylan, and Caitlin, which was fun. But I tried to keep a safe distance from them and let them come to me if they wanted to so they didn't feel like Mom was spoiling all their fun.
I was having fun of my own anyway. Two of my favorite people were there with me as leaders, Stacy (on the left) and Mari (on the right). Mari is in the YW presidency with me in my ward, and Stacy is a Stake leader. She'll be the one teaching me the "Single Ladies" dance this summer--so stay tuned for my upcoming music video. That's all I'm gonna say about that. But we had a great time together. 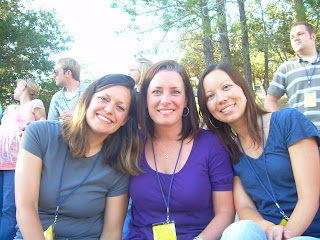 Not sure why this picture is so small, but oh well. The Youth Conference was held at a camp up in the Angeles Crest National Forest. You know, the one that was practically decimated by last summer's wildfires? It was very sobering to drive through the canyons and see the miles and miles of blackened forest. And eerie too, because I already lived through that before, if you remember.
But the Stake leaders had planned an excellent service project for the kids. A group called Tree People is hard at work regrowing the forest. Lots has been cleared, and thousands of new trees have been planted, with 25,000 more scheduled to be planted in the spring. Our job was to water all the new baby trees in our area. 1100 of them. They were less than a foot high, just little baby guys, hanging on for dear life in the heat. We had to give each tree a half-bucket of water, which is all the water they'll receive this year. Sad! It was really great though to see all these teens lugging buckets around the mountain, scouting out baby trees to give drinks to.
And the leaders were not blind to the fact that the Tree People had some pretty hot guys leading the pack. We were expecting some washed-up hippie types, but no. Seriously hot. Which wasn't so bad.
Of course, on the way back, Stacy got her foot run over by a car. The bottom of her foot, if you can imagine (because the podiatrist she called couldn't), but she did a pretty mean backflip trying to get out of it, and the good news is, she can still dance. She'll be fine once the bruising clears up.

It was a lot of fun being up in the mountains with 200 teens. I love teenagers. And we had great speakers, like an astronaut, and Brooke White, who came to speak and sing to the kids. Mari and I were cabin "Moms" to fourteen girls in Cabin 9, and that was a riot. The girls never wanted us to go to sleep! Just stay up and talk with them. They talk about the funniest things! And though I'm still recovering from the sleep deprivation, I am so, so glad that I got to attend. 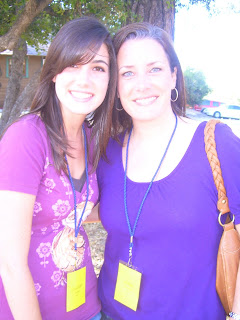 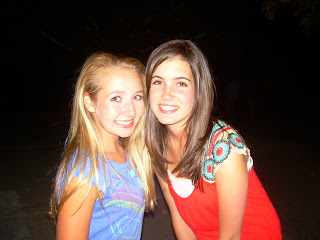 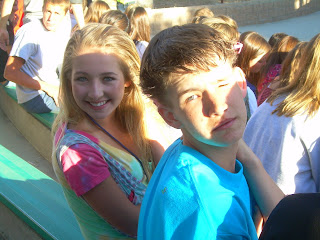 Sounds like summer is off to a great start too! Yeah!

sounds like it was a GREAT week... I am a bit envious, wishing I had a friend like that... love seeing you so happy!