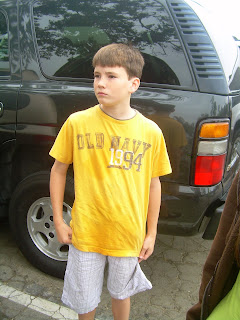 This is Aiden. Right after he barfed all over the back seat of the car. Half a mile from the zoo.
I think only Conor was initially excited about our field trip to the L.A. Zoo. The big kids did some complaining, thinking they were "too old for the zoo," but I cheerfully skipped over them, and took them to the grocery store to pick out our picnic and snack foods. "It's going to be fun!" I promised.
We picked up Lyndsay's best friend, Minely, to come with us, and got on our way. Just before we got to the zoo, Aiden barfed all over the back of the van. One second he said, "Are we almost there yet, I feel like I'm going to throw up." (but not in an urgent way) I told him to stop playing his Nintendo DS, that yes, we were almost there. And in the very next second, I had a very urgent Dylan (sitting next to Aiden in the back seat) yelling that Aiden was throwing up. Oh, brother. I swung into a gas station, and he hurried into the bathroom to wash up. I spent the next half hour trying to scrub/wipe/disinfect the back seat. The girls stood on the sidewalk laughing. Dylan hovered over me, helping where he could while I scrubbed the floor mats, saying, "Mom, I just gained tons of respect for you." Conor was still strapped in his car seat muttering, "This is disgusting! It stinks!" But we did our best, and got to the zoo.
We saw the animals:
Like this cassowary. 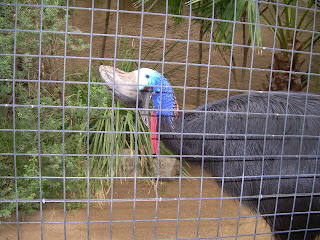 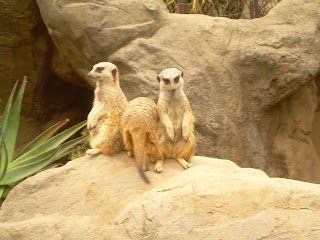 And the cute koalas. 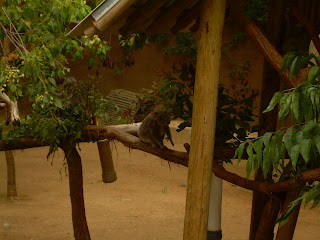 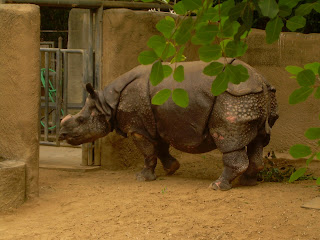 We stopped and ate our picnic lunch, shortly after a horrifying experience with the chimpanzees. One male was apparently "ready to go", if you catch my drift, and had his female cornered. He did a dance with his apparatus on the launch pad, if you're still following me, and then he began his business, all in front of my children. Not only will I be forever disturbed by chimpanzees now, but I'm afraid it will be quite some time before my teenage son stops imitating that dance. Oh, the nightmares. 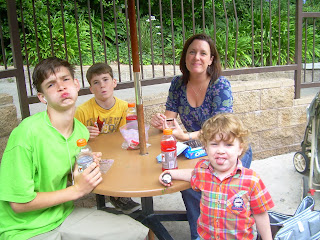 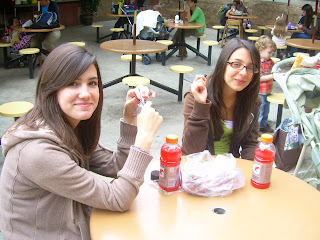 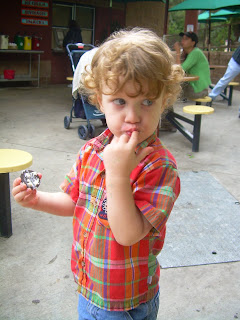 We did some more animal watching. 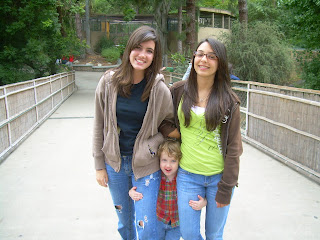 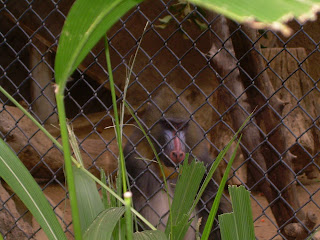 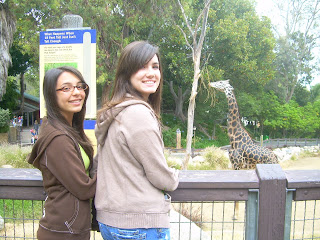 And then we headed back out of the zoo to the van. Which is when I realized that in my attempt to pack lightly, I'd only grabbed my wallet and phone from my purse to put in the stroller. And not my keys. Even the spare key was locked in the van. Perfect.
We flagged down a safety officer, who tried to use his slim jim to open the doors, but it was no use. I had to call Adam back at home who was able to get my other spare key and drive the 30 minutes out to the zoo to rescue us. Thank goodness he was dying to be a hero. A hero he was. 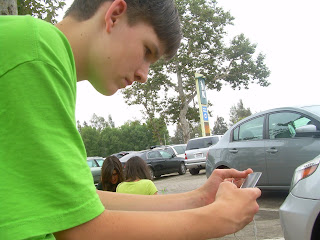 Meanwhile, we sat in the parking lot. I told stories to Conor, trying to keep him somewhat happy. Thank goodness we could all laugh about it. Even then. 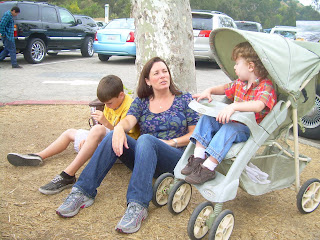 When Adam arrived, he unlocked the door and we were assaulted by the sun-warmed fumes of Aiden's breakfast, which apparently wasn't cleaned up as well as I'd thought. So all the big kids rode home with Adam, and they forced Aiden to endure the smell with me.
Always an adventure.
Posted by Jenna at 3:03 PM

Oh my, you poor girl! How exhausting! And yet, how cool are those animals you saw? I've been to a couple zoos in my life but I've never seen half those animals (Canadian zoos PALE in comparison, seriously).

you are a hero. Looks like a fun time.

I want to hang out with Conor! He says the greatest things!

This cracked me up like you wouldn't believe, Jenna! I feel for you..but at the same time..hahahahahaha! Awww what an adventure! <3