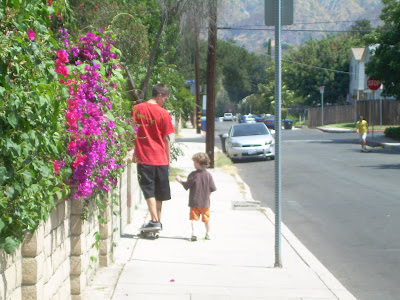 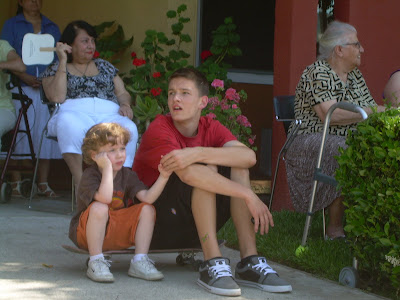 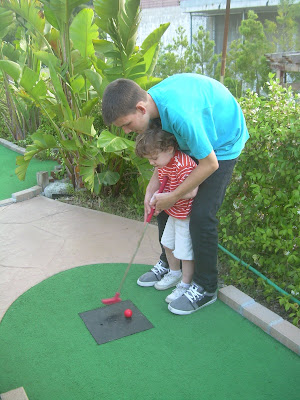 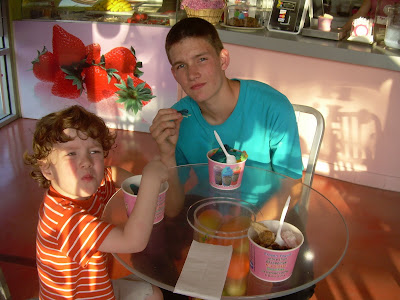 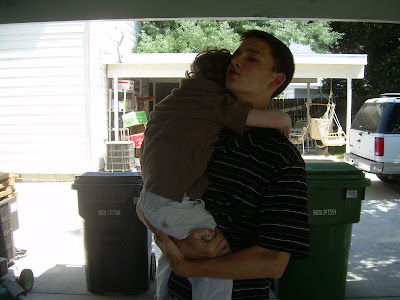 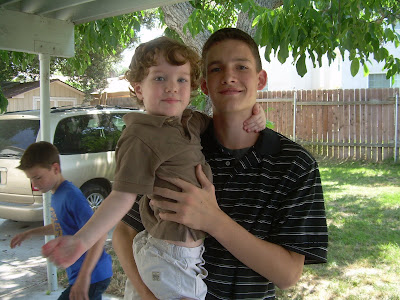 These pictures make me cry. They are the last two days we had Dylan here with us. And they make me cry because though I've been so wrapped up in how Dylan's leaving affects me, I sometimes forget to remember that Dylan's leaving affects each of us, even little Conor.
Conor adores his big brother. Dylan wasn't always the best influence on him, teaching him things for kicks that we would rather he not, for example, but Dylan and Conor have a sweet bond. Dylan was there when Conor was born, cheering me on through the pushes. He has been so kind and patient with Conor and has almost limitless patience with him. Conor feels cool when he's with Dylan. He wants to do the big boy things that Dylan does. In fact, though I was the one in tears the days leading up to Dylan's departure, the only emotional thing that Dylan ever talked about was how much he was going to miss Conor. And they did spend some tender times together those last few days.
I drove Lyndsay and Aiden out to Arizona to spend time with their dad and Dylan on Monday. Conor, of course, came along for the ride. He was so excited to see Dylan. The hardest part came when Conor started talking about his birthday next month and asked Dylan if he would be at his party. When Dylan explained that he couldn't be, Conor's face just fell, and his big blue eyes filled with tears. It broke my heart. He clung to his brother, and when it was time to drive away, Conor sobbed in his car seat back down the I-10 West. When I asked him if he wanted to talk about it, he just said, "I just want my brothers and sister home with me."
Me too, buddy, me too.
I feel sad inside that my children feel sadness. As if my own emotion wasn't enough, I feel all of theirs too. Dylan needs to be in Arizona with his dad right now, I know that. I feel peaceful about that. But seeing how his needs affect the other kids really clarifies to me how important every member of a family is. We need to all be there! It's hard to not be together. Not just for a mom, but for a brother! Brothers need brothers. We all need each other, and when life takes us apart from one another, it's hard.
Dylan only has three years left of living at home before college or a mission or whatever he chooses to do with life. Of course, I had hoped to have those three years here with me, and here with Aiden and Conor. Conor's at an age where he very likely will have no memory of living with Dylan as he grows up, which is very sad to me. We will have to find a way to keep the bonds of brotherhood strong across the miles. After all, we believe family relationships are eternal. Thank goodness for that.
Posted by Jenna at 10:27 AM

looking at your boys making me tear up. such sweetness!

Ok, I just figured it all out. I have the solution to everyone's problem. Are you ready? You guys should just give in and move back here already. It's only seriously hot for like 3 months out of the year and the rest is not that bad. Then we could all see eachother any time we want to.

I stayed close to my siblings even when we were apart under similar circumstances. They will, too. I know that doesn't make it any easier.