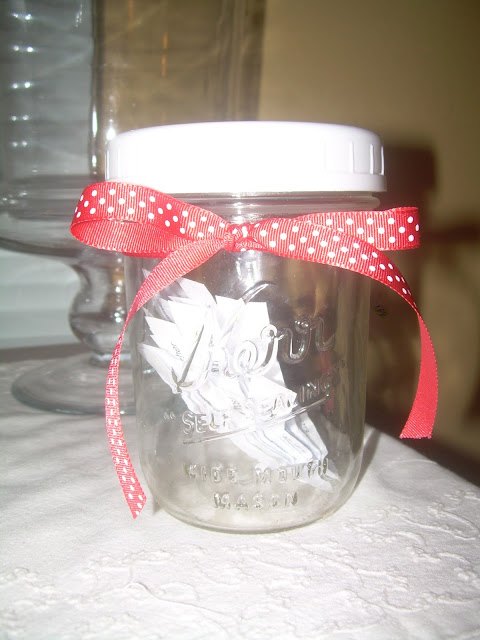 Something had to be done.

Actually, lots of things needed to be done. Around the house, I mean. Life was so much simpler when the children were younger (and I was not a student). Cute chore charts of all sorts have made their way through our household. You name it, we've tried it. And really, any system works provided you maintain consistency. But that's been our problem over here. Consistency takes time. And nobody has it.

I am a believer in chores. By that I mean children contributing to the work of the household. I believe in teaching children to work and working side by side with them. I believe in all of us pitching in to keep things running smoothly. But the reality is, as the children get older they get very, very busy, and things were just not getting accomplished around the house. It's been all we can do to keep bedrooms clean (no biggie for my kids), do laundry once a week (the kids all do their own), and keep the kitchen clean after meals. I've tried to make sure I run the vacuum once or twice a week and hopefully dust, and then we shoot for cleaning the bathrooms on Saturdays. But sometimes we miss. So, I tweaked an idea that I saw on another blog to adapt it to our situation, and thus the Little Jobs Jar was born.

Here's the premise: None of us (even me) has time for a list of chores, or even a "Zone" during the week, but things have just got to be done. So, instead of stressing about nothing getting done, I figured it would be better if at least some things were getting done. I'm sick of laying down and seeing a cobweb in the same darn corner it's been for months and thinking, "I've got to get to that." Or walking up the stairs and seeing fingerprints on the wall and thinking, "I've got to wash those off." So, for about a month, I made a list of all those little things that plague my mind. The things that get forgotten after the basics are finally attended to. The things I would pay a maid to do, if I could have a maid. These are little jobs. By "little" I mean, they can't take any more than 15 minutes, but most take 5 minutes or less. And even though we are all busy, going in a million directions, I know we can each take 5 minutes, or even 15, and do one thing each day.

I gathered my list of Little Jobs and typed them up as I thought of them. I paid attention to all the things I wish were cleaner, like light switches, for example, or cupboard door fronts, or that shelf in the fridge. But they had to be doable in a short amount of time. No big jobs like sweeping the patio. I printed out my list and cut them all up into little slips of paper and put them in a jar. Every day, every person must take a slip of paper and do the job. I don't care if it's done before school or after school, as long as it's done that day. And then that's three (me, Aiden, Conor) jobs done each day. That's 18 jobs done in a week (6 days a week), on top of the regular laundry, kitchen, bedroom jobs that already happen. That's got to move us towards greater cleanliness and order! And what a relief to finally get some of these things done!

The kids are all for it. The love the idea of such short tasks counting as their chores. They appreciate that I'm not trying to overburden them and that I honor all of the other commitments on their time. And, they're helpful little guys with generally good attitudes, and because the jobs are so quick to complete there hasn't been the whining, nagging, crying, threatening scenarios of the past. It's been working like a charm. Once a job is completed, it goes into another jar until all of the jobs have been done, and then we'll start again! And I have added other little jobs as they've come to mind. It feels like an answer that will work for us in this stage of life that we're in.

"By small and simple things are great things brought to pass." Right? I think so. The Little Jobs Jar.

Brilliant. I may have to steal this.

I have my jar ready; we're starting tomorrow!

I love this idea. I think I'm going to have to try this with my kids. I have really enjoyed reading your blog.