All Together Again: Day 4

I had decided well ahead of time not to sabotage this day.  I did not call Dylan and remind him to bring Sunday clothes.  Whatever will be, will be, I resolved.  I'm not giving any more of my Sabbath days to grouchy teens.  I need them too much in order to get through the rest of the week.

In fact, last night I just casually asked Dylan if he'd brought his Sunday clothes and he said no.  Then he said he wouldn't be going with us because he didn't feel comfortable.  I replied that everyone is always welcome at Church, proper clothing or not, current belief or not, and that if he wanted to join us, we would be leaving at 8:45am.  About ten minutes later he said he guessed he'd go.

In the morning, he guessed he'd come after Sacrament meeting.  We left without him, and without hard feelings.  I was a little relieved, actually, because when he came with us during his Christmas visit he was so irreverent and disruptive that I was in tears.

The meetings were fantastic.  One of our missionaries played a viola duet with the piano, a beautiful arrangement of "I Know that My Redeemer Lives."  It was so moving.  And in Primary, where I serve as the chorister, I got to have the entire hour for singing time and we played a Tic-Tac-Sing game I'd prepared to help review our Program songs.  The kids loved it and we all had a great time together.  I always come out of Primary on Cloud 9.

But Dylan never showed up.  And when we got home, he wasn't there.

The kids were concerned that he should "get in trouble" for not coming, for lying.  But I wasn't mad.  I really wasn't even disappointed.  That's where he is right now, I said.  And we can't let his choices bring us down, when we're the ones that went to Church.  Let's just have a happy day.  He came through the door a little while later.  He'd met a friend (who was on his way to Church himself) and they'd gone to McDonald's.

I made a 7-layer bean dip for lunch.  We took naps.  Dylan wanted to leave again to go hang out with some friends, which we normally do not allow on Sundays.  I told him I'd like him to stay for Family Home Evening first (which I'd planned to hold tonight instead of Monday night since we're going to a baseball game tomorrow night) and then he was free to go.

I'd thought hard and prayed long about what we should talk about in FHE.  I didn't want it to be too religious or preachy, because I was sensitive to Dylan's feelings.  But I wanted it to bring us together and create an atmosphere where the Spirit could be felt, if invited.  Family was the topic.  More specifically: What You're Made Of.  I wrote to both of my parents and asked them for ancestor stories that illustrated positive character traits.  I got some great stuff in return.

A World War I adventure/mystery/love story from my dad that takes place on two continents.

Pioneer journal entries from my 3rd great-grandparents who traveled separately across the plains (they weren't married yet) from my mom.

This is my great-great-great grandfather, Edmund Lovell Ellsworth, who led the first pioneer handcart company across the plains.  We read from his diary, as well as from his future wife's, Mary Ann Jones. We talked about the sacrifices they had to make, the courage they had, their great faith to suffer deprivation and loss all because they believed in a living prophet and wanted to be near him.  That's what my kids (and me) are made of.  They can suffer loss and heartache and keep on walking.  And they can turn challenges into victories. 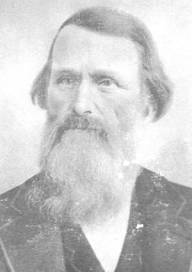 Then my mom sent me this other cool story about her 8th Great Grandfather (my 9th, the kids' 10th), Salvatore Muscoe Sr., who was an Italian stone cutter.  He had moved to London after the great fire of 1666 and his skill as a stone cutter was employed in the rebuilding of the city.  He worked under the direction of Sir Christopher Wren in the construction of St. Paul's Cathedral.  I showed the kids some pictures of St. Paul's Cathedral so they could appreciate the beauty and majesty of that impressive structure, the intricate detail of the stone work.  Dylan, who's toyed with the idea of architecture, seemed interested.  This is who you come from, I told them.  You are made of talent and hard work and an eye for beauty.  This building still stands as a witness of what you're made of.  Salvatore Muscoe Sr. emigrated from London to Virginia in about 1685. 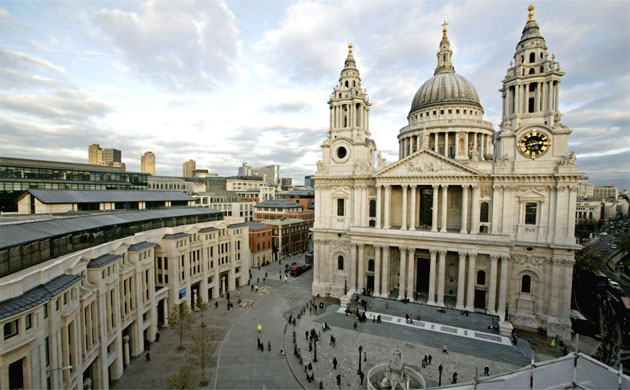 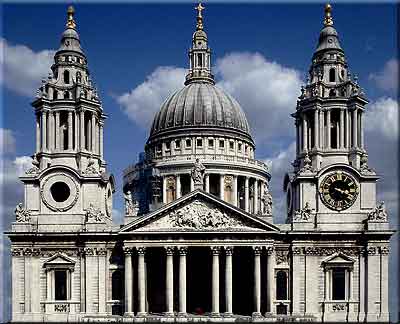 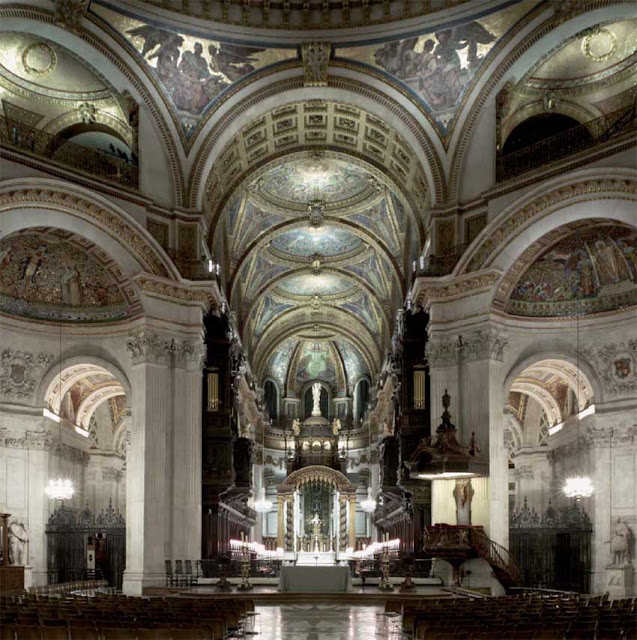 We will be a family living in three different states in just a few weeks.  But my hope is that we will remain connected to each other, and that our choices will reflect that as we go on to do great things in life.

I hope they were listening.
Posted by Jenna at 11:37 AM

Talent, hard work and an eye for beauty! I'm gonna write that down. :) You inspire me, Jenna!

What a beautiful lesson! I felt it!

What an amazing lesson! I'm totally stealing. You approached the Sabbath perfectly. Bless you.