All Together Again: Day 6 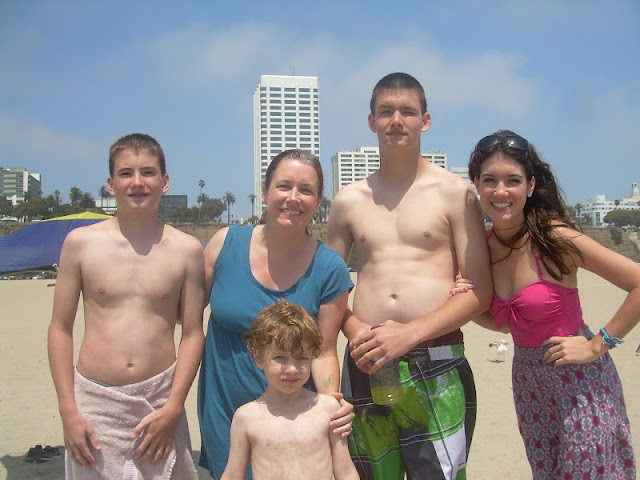 A day at the beach!  Always a crowd pleaser.  (And I don't know why one of my sleeves is up and one is down.  I noticed it's like that in every picture of me.  Guess I'll have one tan shoulder and one white one!)  I got up early to make food.  A double batch of Rice Krispie Treats, piles of turkey and cheese sandwiches (made to each kid's liking), fruit, chips, drinks, etc.)  I packed up our cooler and beach bag, and each kid grabbed a towel.  We headed out the door at 9:30am, picked up Aiden's friend Travis this time and drove to Santa Monica Pier.

I'm really not that much of a beach lover.  I love the view and the sounds and watching the kids have a blast, but I try to avoid the sand (nearly impossible) and water, and too much of the sun.  Increasingly these days I'm even trying to avoid having to wear a swim suit.  Oy.  Must. Get. Back. In. Shape.  So, anyway, we get there and trudge through a mile of sand carrying loads of beach gear.  I set up camp (the blanket, chairs, the umbrella, cooler, food, towels, etc.)  Then I start slathering kids with sunscreen.  Meanwhile, each kid jumps right into his/her beach role: 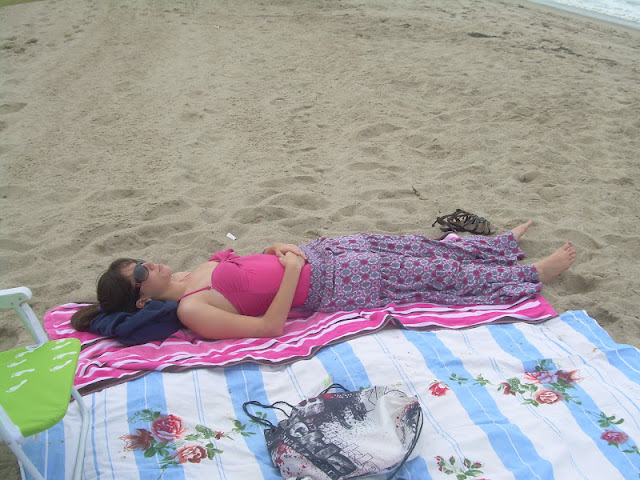 Lyndsay soaks up the sun like a princess, always way more coordinated than anyone else on the beach, and trying to stay pretty.  (Since it was still early, it was a bit cool, thus the skirt.) 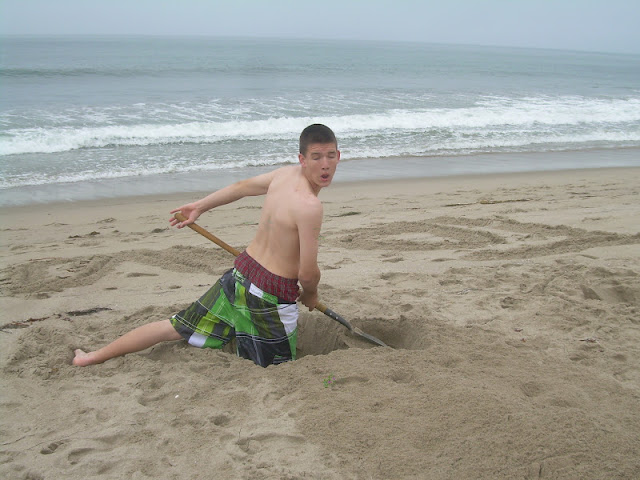 Dylan goes right to digging The World's Biggest Hole.  And invariably, the lifeguards come over to me and tell me about the "new law" that says that no one can dig a hole deeper than two feet on a beach because the sand might collapse and kill someone.  And then he has to fill it back in.  And every time I act like it's the first time I've ever heard that, and oh, my, I'm so sorry, we didn't know. 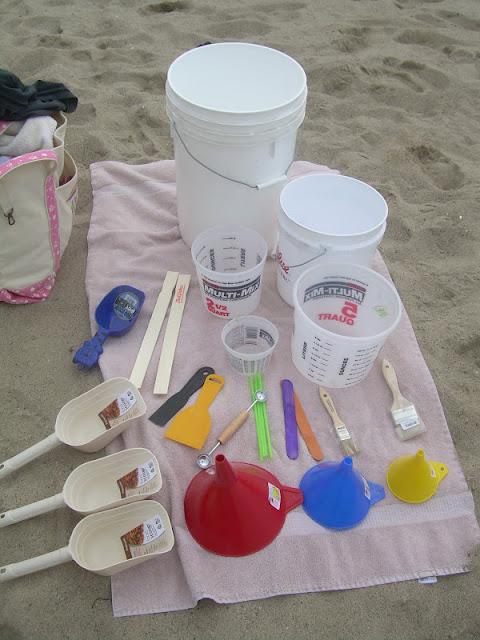 Aiden and Travis were excited to work on sandcastles.  Above is my Sand Castle Kit.  I got the idea from a Martha Stewart episode on her Summertime Favorites DVD that I rented from Netflix back in March.  She had a competitive sandcastle sculptor show some techniques for sandcastle building and tools that are great for adding details.  I've been so excited to take it to the beach and give it a try. 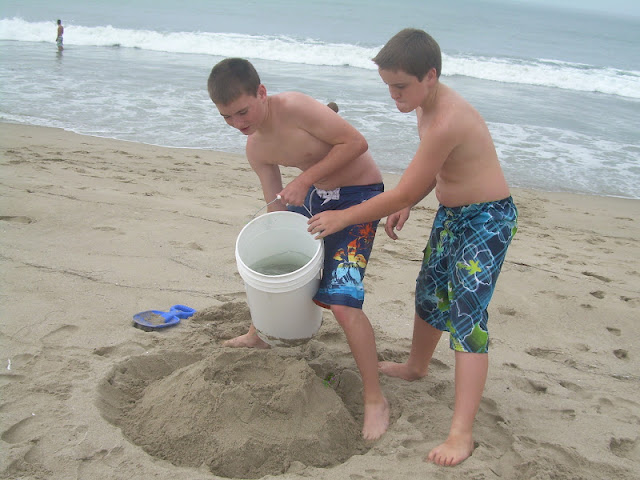 Here are Aiden and Travis getting started on their foundation.  Turns out though, that the sand at this particular beach kinda stinks for construction.  It's not fine enough and it doesn't stick together well.  But they had some good trials, and practiced some of the techniques. 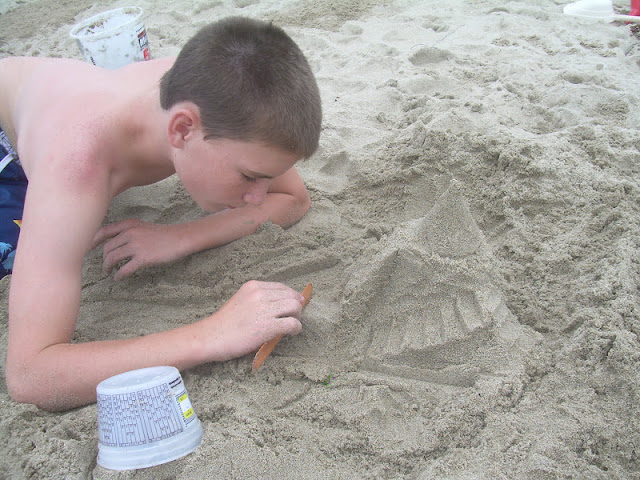 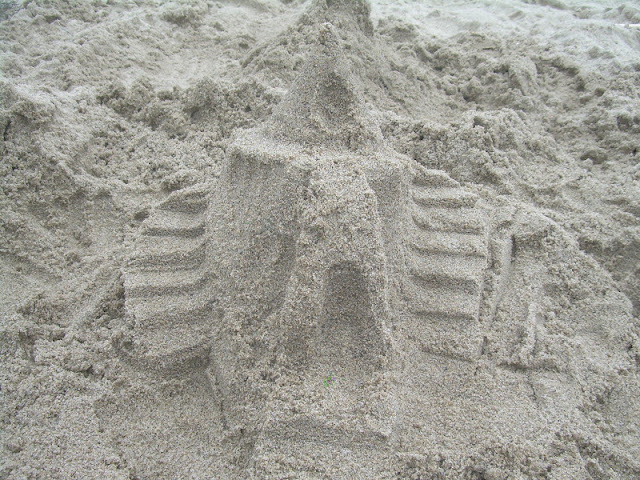 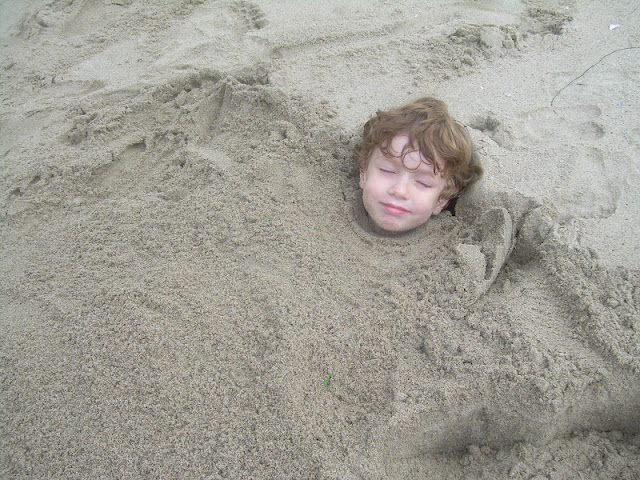 Of course, Conor always wants to be buried, and truthfully, it's much easier for the other kids if he is. 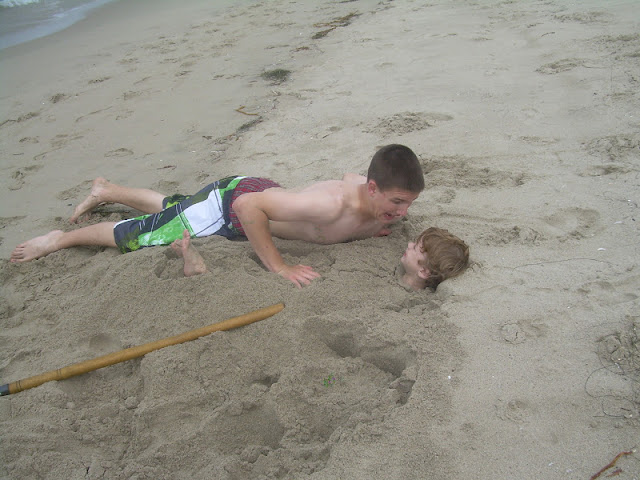 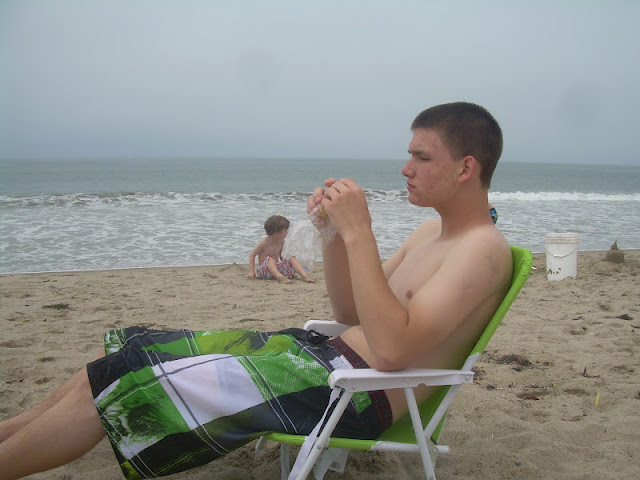 Now, here it looks like Dylan is just casually eating some lunch.  But he's not.  He's secretly throwing pieces of bread and Doritos over Lyndsay, to attract seagulls. 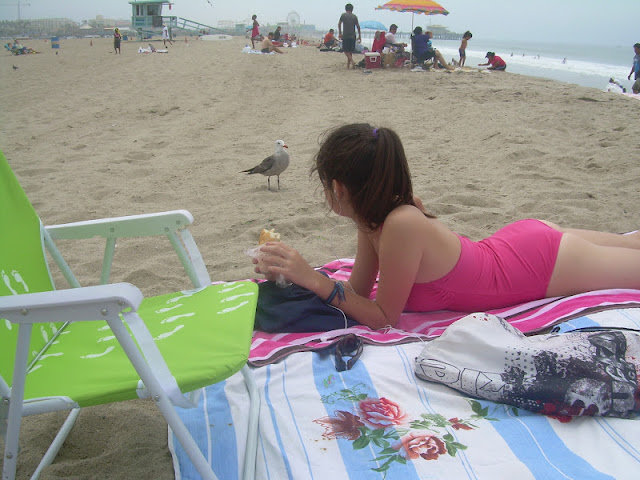 First there is one bird. 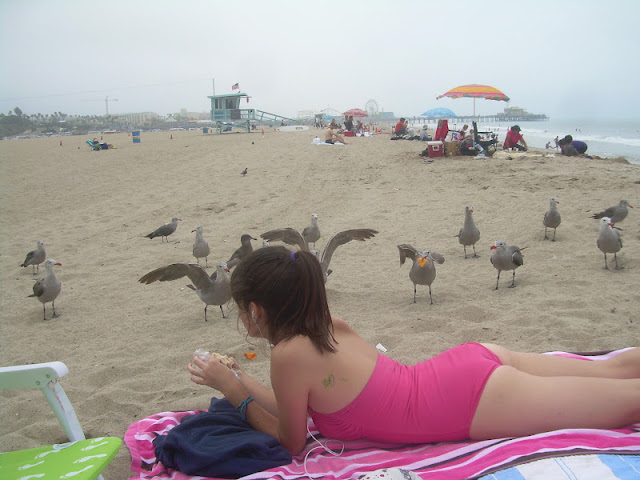 Then there are many! 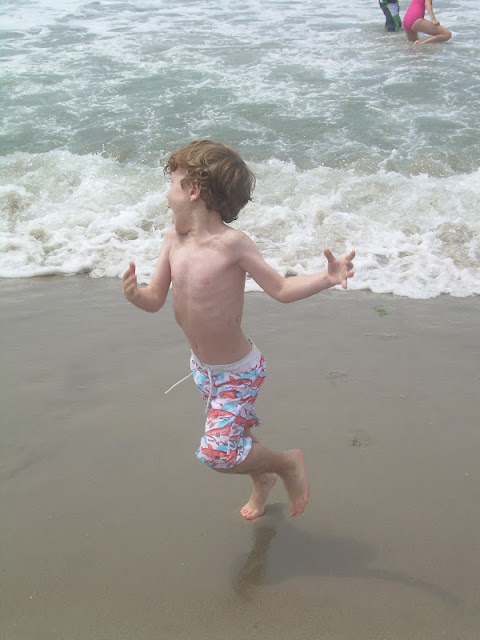 Conor's favorite part is "playing in the sea."  That boy loves the beach like nobody's business.  Always has. 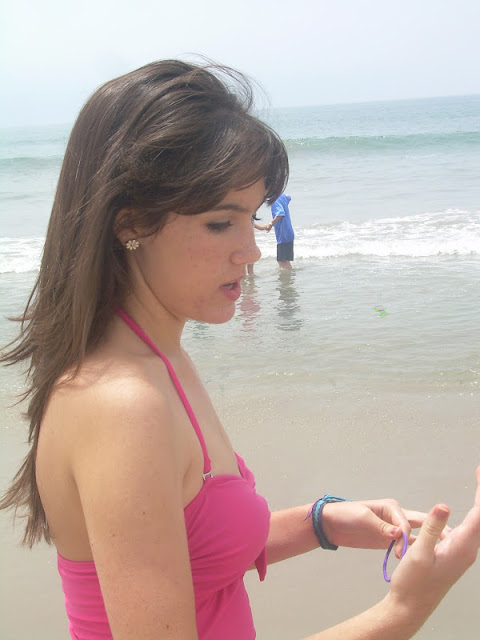 Lyndsay is deciding she'll go in the water with the boys.  Actually, she didn't have much of a choice.  Dylan told her if she didn't, he would drag her on her towel down to the water. 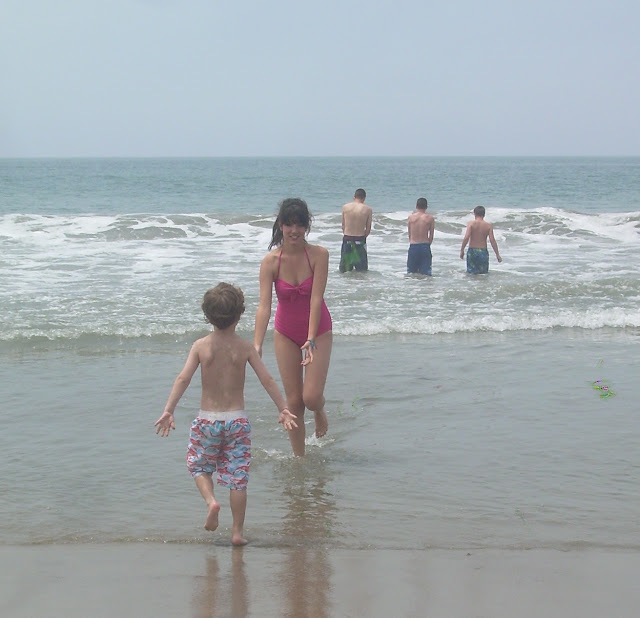 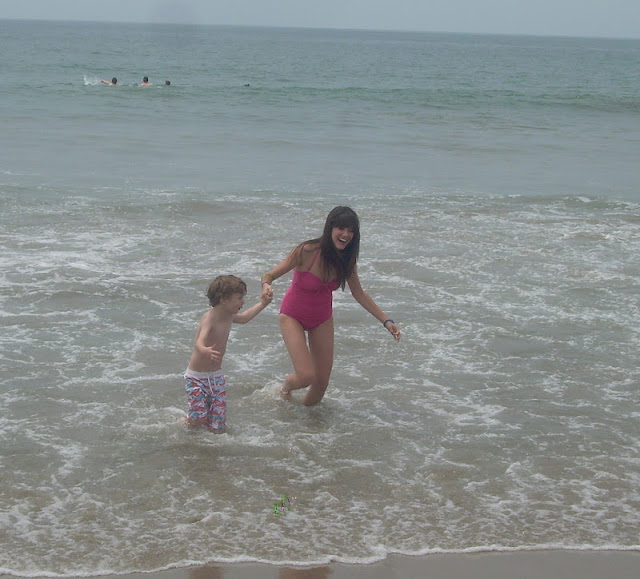 But she mostly plays it safe with Conor in the more shallow water.  The boys out there, see them?  They were just hanging out there, jumping the waves, when a sea lion came just a few feet from them and popped his head up to look at them!  It was so cool! 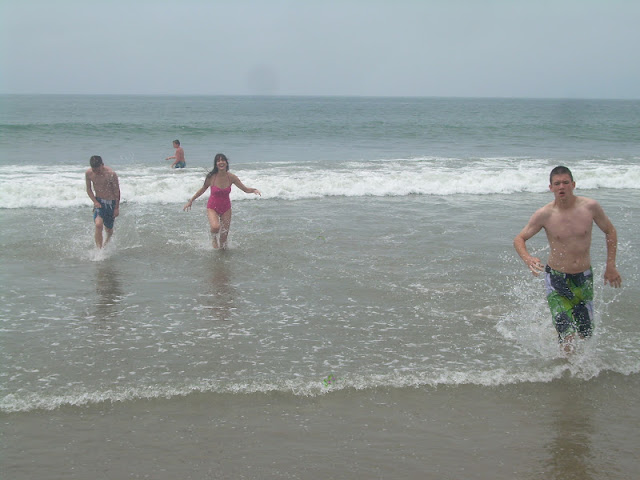 I think the water was pretty cold. 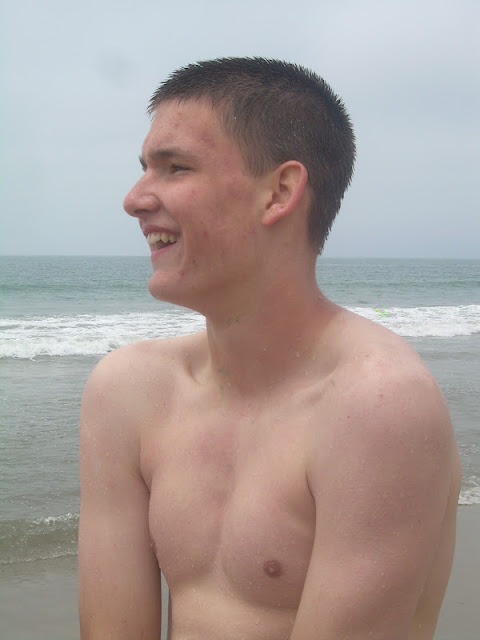 I love this picture of Dylan. 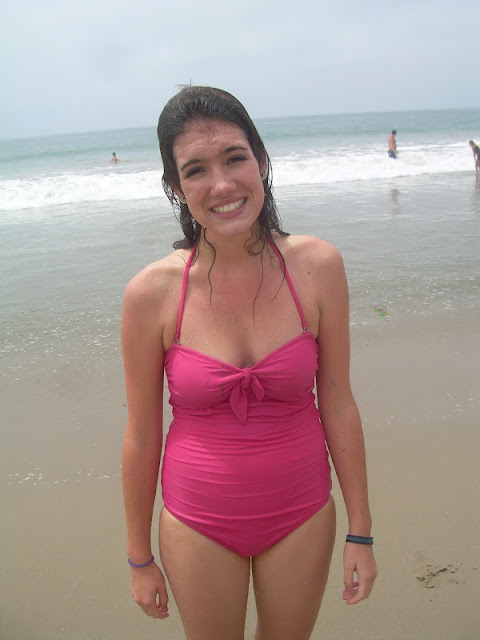 This is Lyndsay after she "drowned."  She finally went out deeper with the boys, saw a huge wave coming, turned to run, with a look of terror on her face, and then she was gone.  When she came back up, she was Not. Happy. 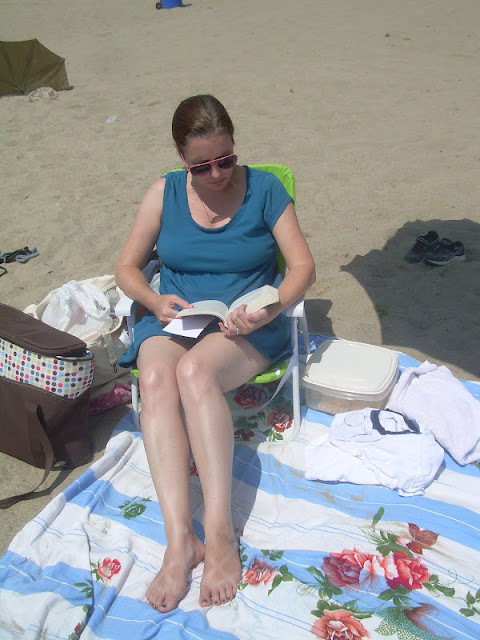 And here's what I did, besides take pictures and pass out food: read!  Love a good book on the beach, especially when it's not too hot.

Another great day together.
Posted by Jenna at 5:11 PM

It all looks grand! I want to do a day like that soon. What was the traffic like?