A Whole Lot of Produce Goin' Down 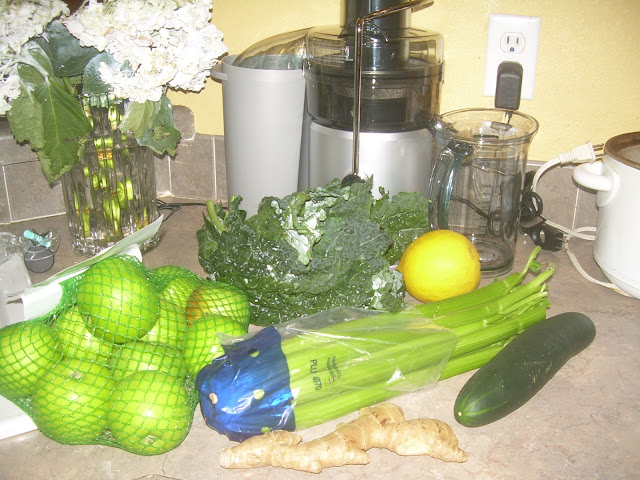 I've always been slightly obsessed with getting fruits and veggies into our bodies. Going to nursing school has only heightened that obsession. Bodies need living food, and so, so many of the diseases and ailments we are plagued with (especially in this country) are a direct result of poor nutrition. I know people who swear by Paleo, or low-carb, or high-protein, or grain-free, or yada-yada-yada. I say, stop making things so complicated and eat more produce! Just start there. Get as many fruits and vegetables in your diet as possible. When you do that, it doesn't leave much room for fast food, processed, highly-refined, loaded with chemicals and preservatives, deep-fried, nutrient-barren food.

Aiden has become the new Juice Man, since Dylan isn't living here anymore. First, he washes all the fruit and vegetables. 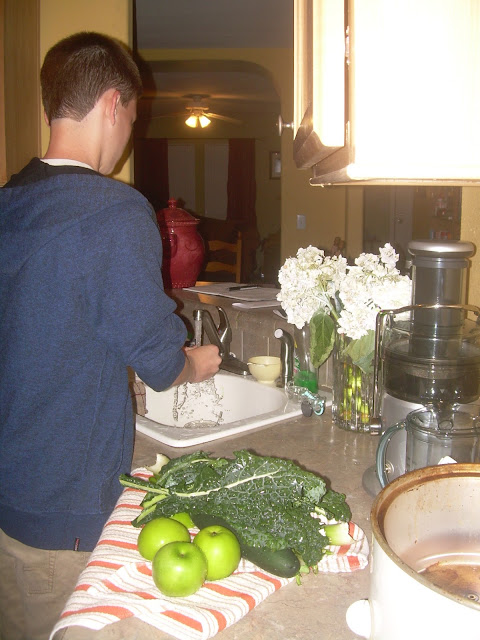 Then he starts juicing away. I invested in a new juicer recently. It's the Breville JE98XL Juice Fountain Plus. This is the juicer used in Fat, Sick, and Nearly Dead, the documentary that I love so much. Our other juicer was getting very, very tired, and would get stuck too often.

There are a limitless number of juicing recipes you can use, or just throw in whatever you have and add an apple to sweeten things up. This morning we were using Joe's Mean Grean Juice.

The recipe for 2 servings (so we added a bit more of everything) is: 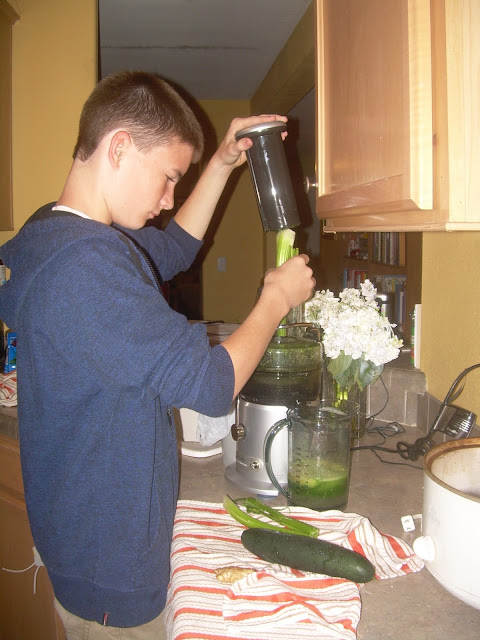 Initially, Conor was not a fan of the lemon and ginger flavor. But here's how Conor works: Today in school they are collecting coins for the homeless and poor people. He told me yesterday about how he was going to take some pennies and some of his "silver coins" to give to the homeless. When he first tasted his juice, he said, "No, I'm not drinking that." I said, "If you drink it, I'll give you $1 to give to the homeless." And down the juice went. Love that kid's heart. (I'm sure he also knew he was drinking it anyway, cause that's how we work around here.) 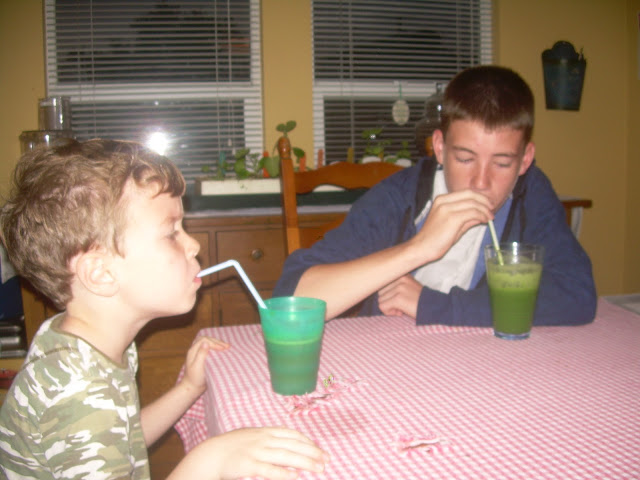 After the green drink, we each ate a bowl of steel-cut oats with berries. Yum. What a great way to start the day! 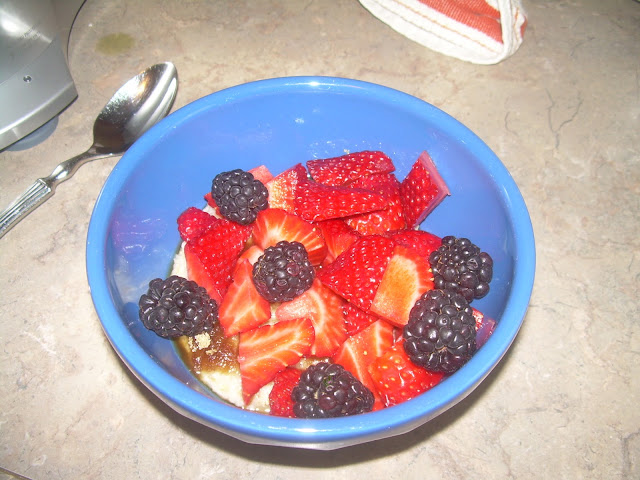 I have several juicing recipe books, but I'd love to know what some of your favorites are. I will keep juicing for the kids in the morning, but I want to do some more juicing for me throughout the day, at least for a while. I am planning to do a "Reboot" for several days (only juice) very soon. I am wondering if it will help with some joint pain that I've been having, as well as my allergies that are becoming almost unbearable.

Working in the medical field, I see a common pattern: complaints of Pain/Sickness/Disease leads to pharmaceutical medication and lots of it. There's not enough emphasis on diet as the first and best place to start in healing the body. And prevention is definitely the best cure.

My husband does the juicing. He saw the same video and was all about it. He tried the reboot and did really well on it for 5 days. He decided at that point to do juice all day and eat a healthy dinner and he has done wonderful on it. He has lost some weight and he no longer has high blood pressure. Good luck on your journey and let me know how you like the juicer. The one we got over a year ago is not going to last much longer.

Your an amazing person.

I got a Champion juicer after I saw that movie and juiced a lot for months. The juicer has something wrong with it now; I've got to get it fixed.

How long are you doing this? A week?