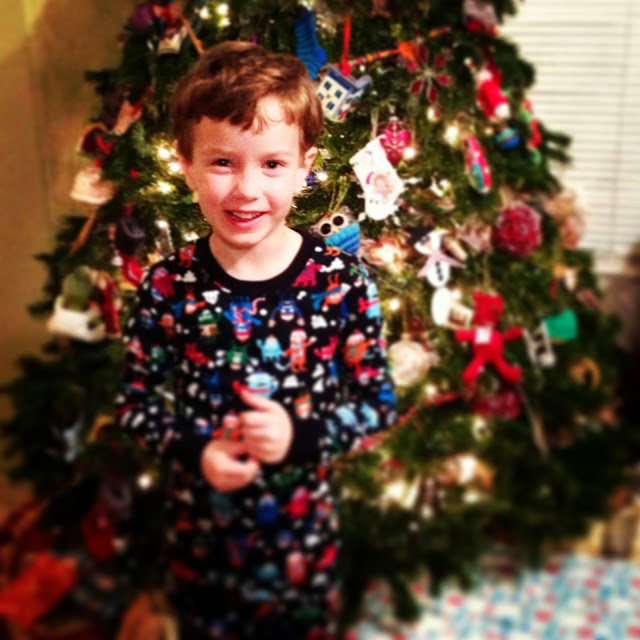 Christmas Eve was cozy, even though the weather was unseasonably warm outside. We stayed at home and just enjoyed time together. The boys had a great game of Settlers of Catan going. At first we told Conor he could only play on someone's "team" but he fought for the right to play solo and eventually won when he could answer every question about the rules of the game that was thrown at him. 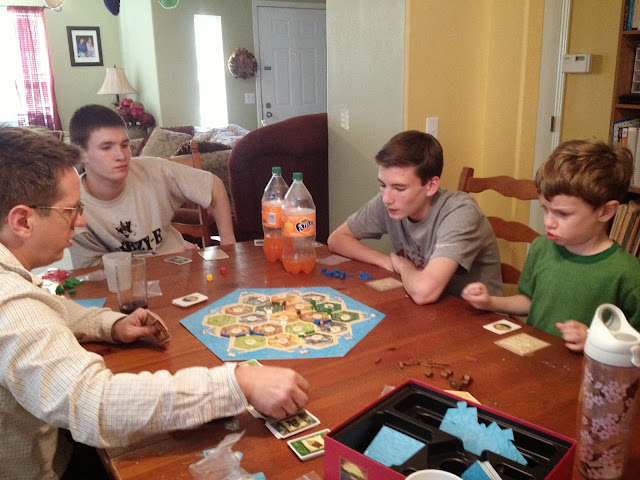 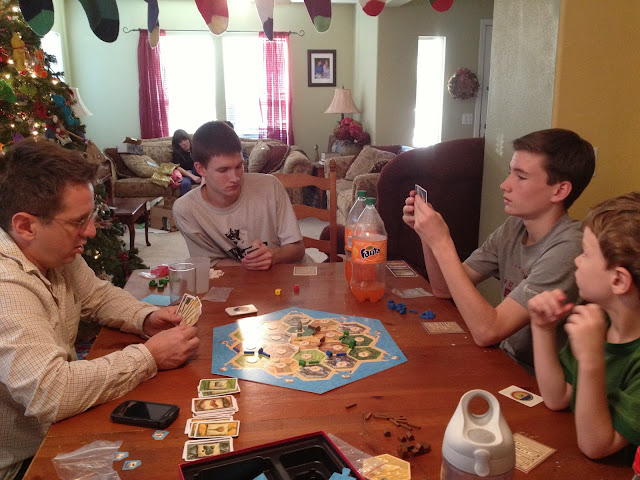 Back there in the livingroom, Braulio was giving Lyndsay her Christmas present. 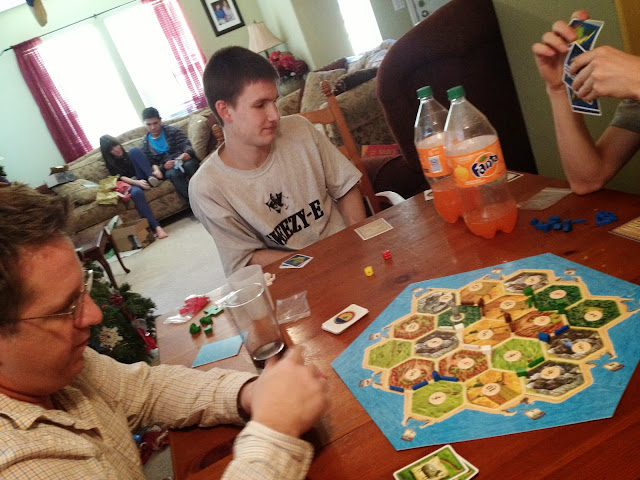 Some Tom's! He was so proud of himself. 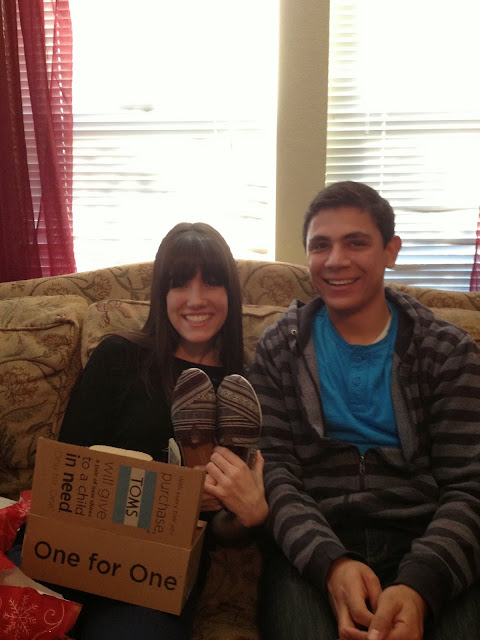 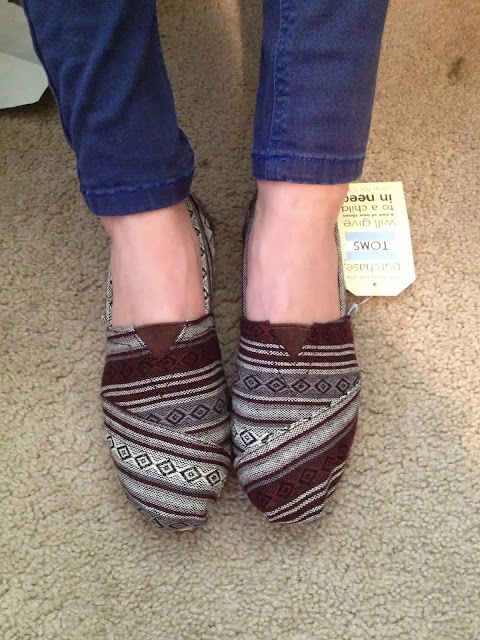 I was in the kitchen baking Brown Butter Snickerdoodles for Santa. He loves those best. 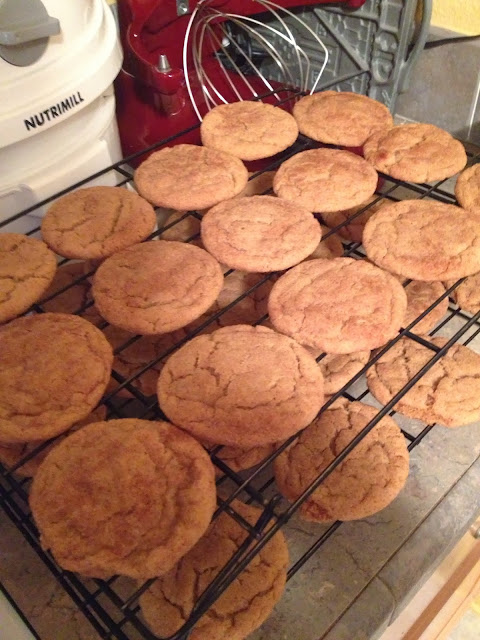 The kids put their presents under the tree and I was so happy to see this: Not only did he get me presents this year, but he even wrote "LOVE" on them! I had to take a picture! (He said, "I knew you would.") 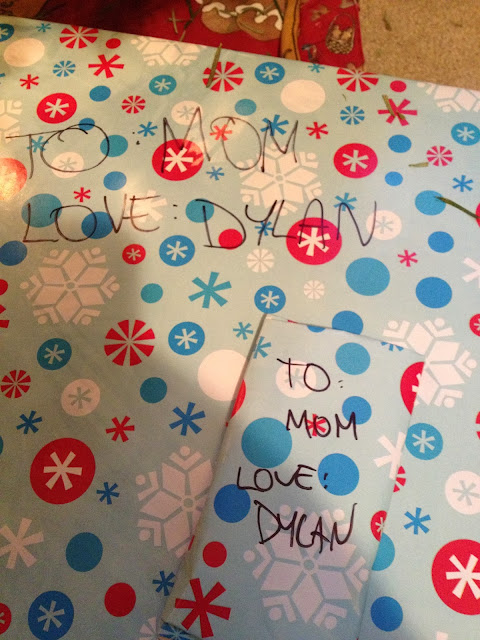 After singing a Christmas carol and reading the account in Luke of the Savior's birth, it was time to open the traditional Christmas Eve jammies. 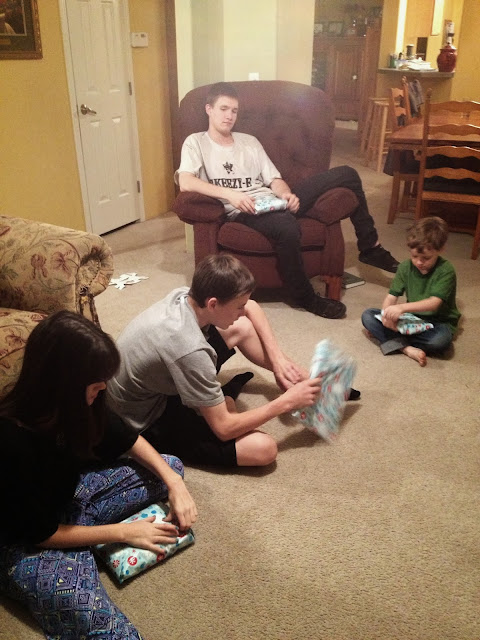 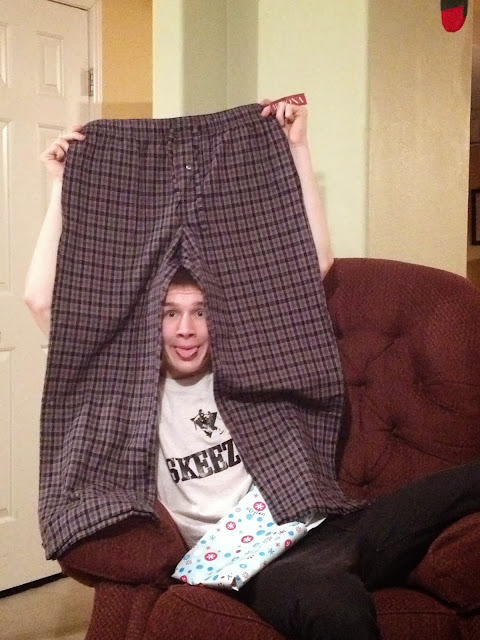 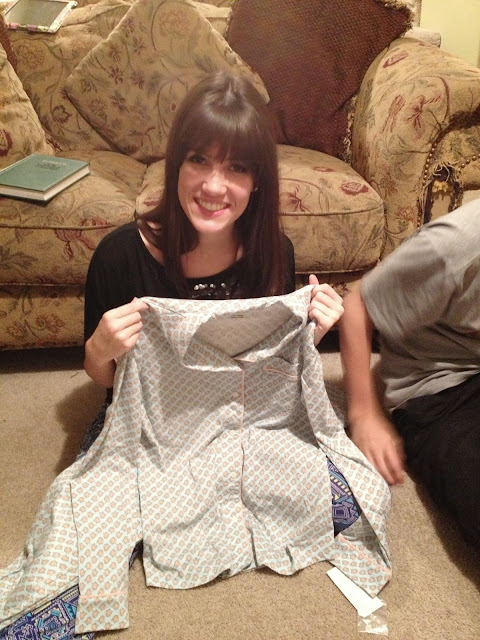 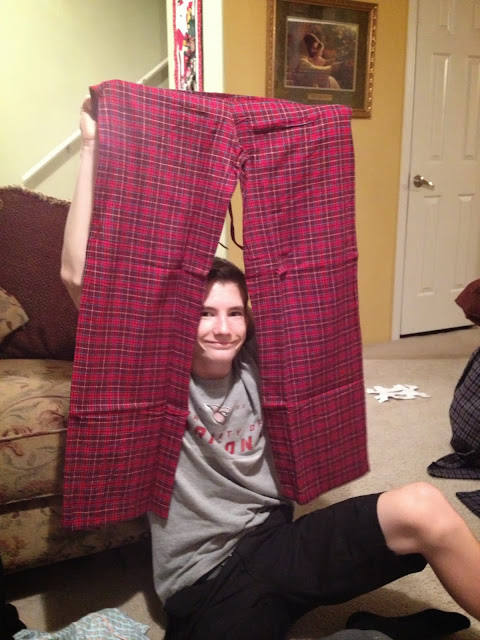 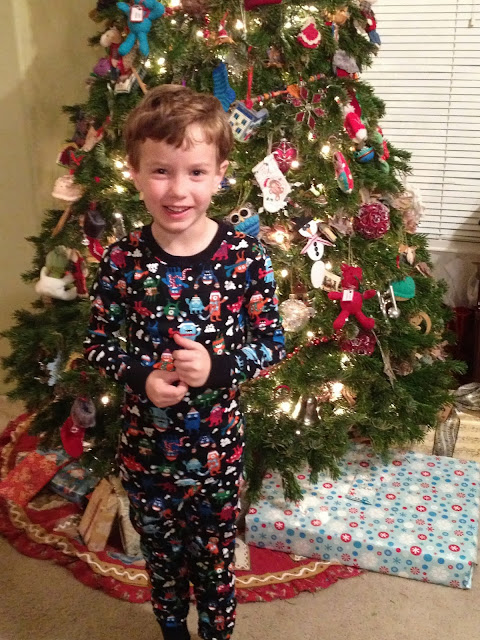 My jammied big-kids block the tree. 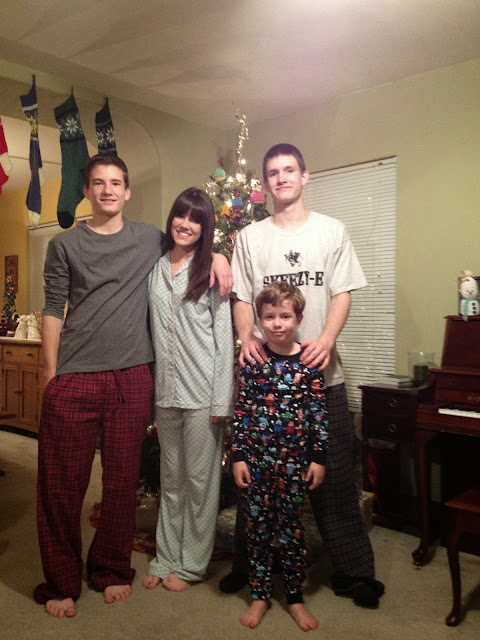 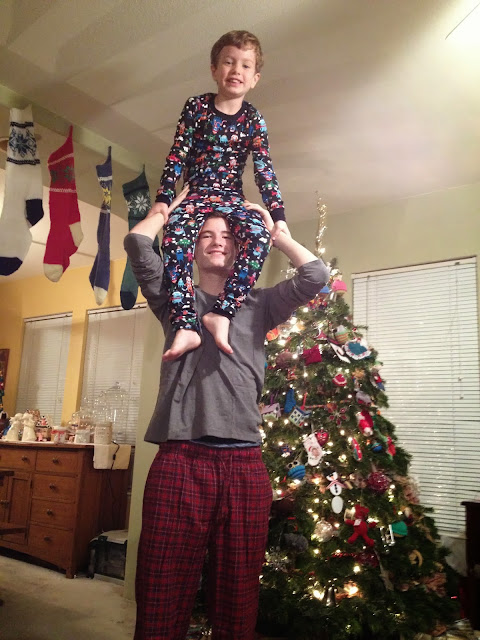 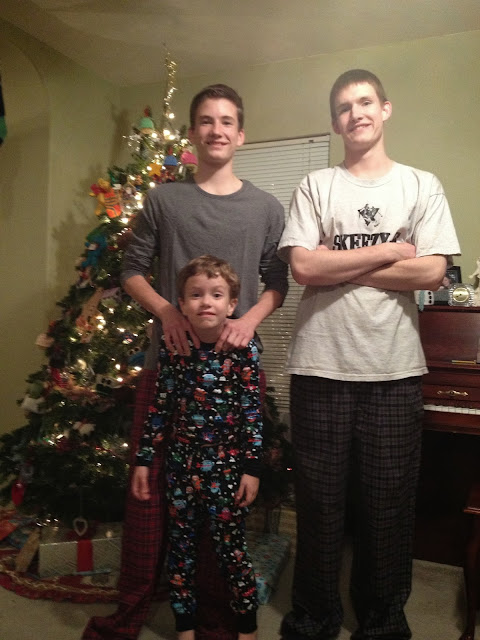 And one awesome girl. 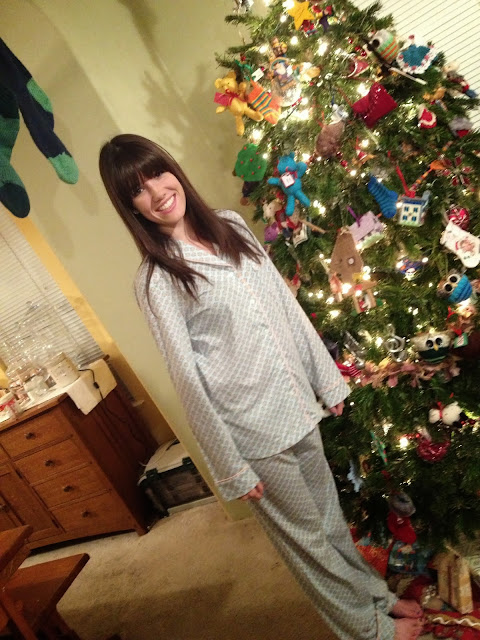 I'd baked cinnamon rolls for Christmas morning, but Dylan couldn't wait. He didn't even care how he cut them, he just plopped a pile on a plate and went to town. 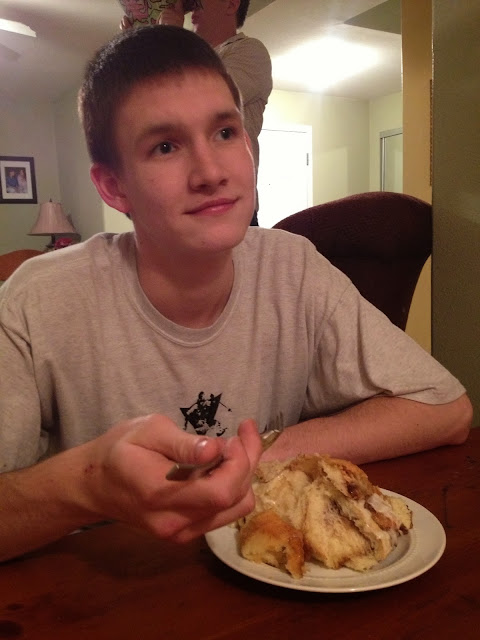 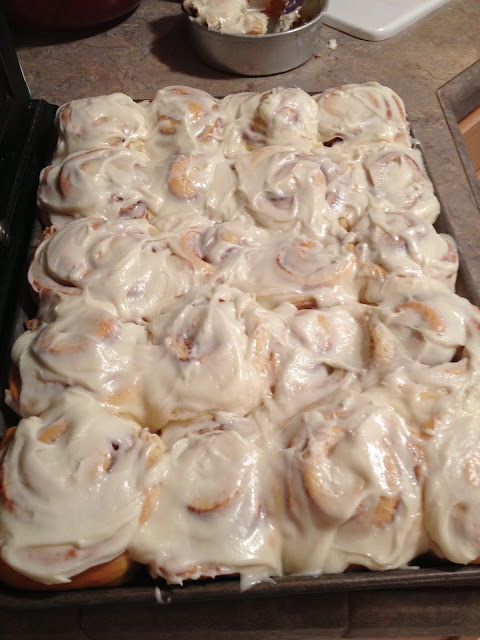 And then Conor wrote his letter to Santa. His first one was unsupervised and contained a list of things he wanted. I had to intercept that one to tell him it was too late for requests. This letter was to be nothing but 'thank yous', so he wrote another one and kept it short and sweet. 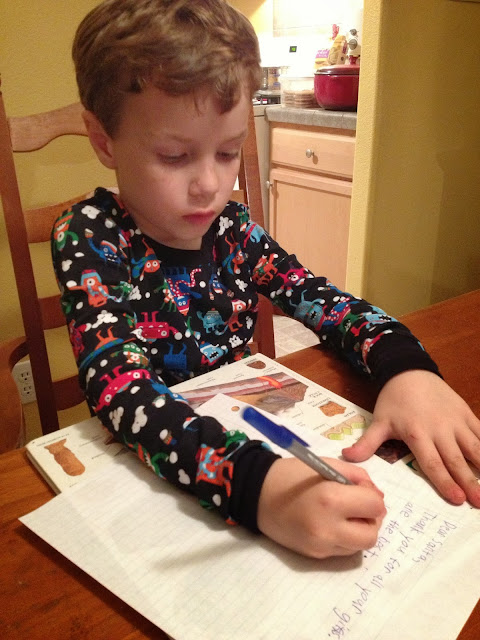 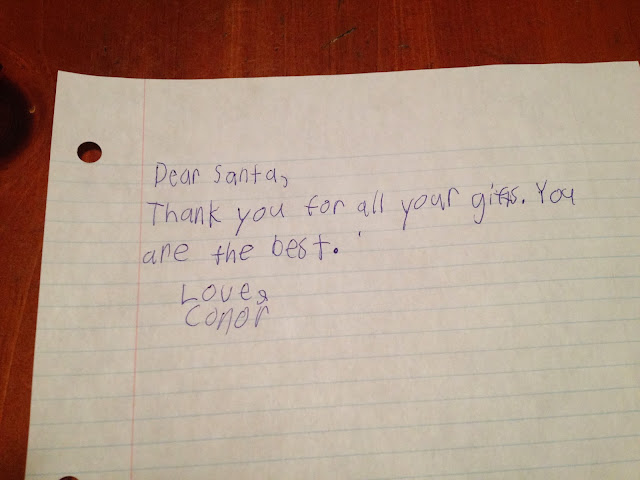 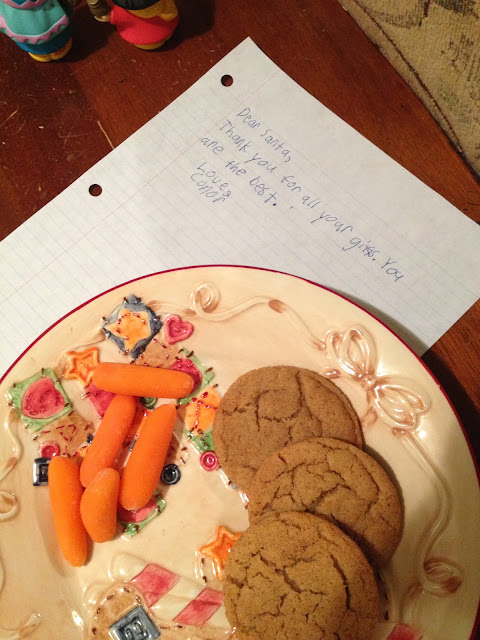 And when the teenagers were finally in bed around midnight, Santa came to visit.
Posted by Jenna at 8:17 PM