We have Family Movie Night most Friday nights. Choosing movies is often tricky because we have such a wide age-range of children, and the older kids crave something other than "kid movies" from time to time. We very, very rarely ever make it to the theater, but through the convenience and affordability of Netflix, we have still found some movies worth recommending for family viewing.
I didn't put The Blind Side on this list, but only because I'm sure most people have seen it. But if you haven't, don't rent it, buy it. It's that good. 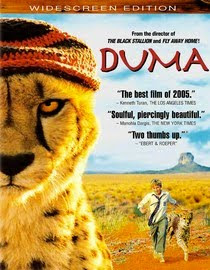 Duma. Rated PG. This movie, by the director of Fly Away Home (another of my absolute favorites) takes place in South Africa and is about a boy named Xan and his parents, who find an abandoned cheetah cub and take it home to raise. They name him Duma, which is the Swahili word for 'cheetah'. An illness forces the family to move to an area where Duma and Xan don't fare well, and the decision is made to return Duma to the wild. It is a journey that Xan must make himself. Adventure for the boys, emotion for the girls. Feel-good all around. 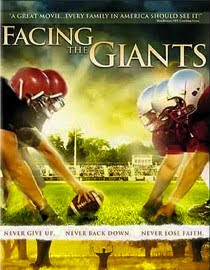 Facing the Giants. Rated PG. I loved this movie so much I bought it, and I bought one for a friend as well. My boys loved it, which thrills me since it has such a great message. It is a movie with definite Christian themes. It is done by the same team that did Fireproof (a must-buy as well) and Flywheel (loved this one as well). Grant Taylor has been the high school football coach for six years, but has never led his team to the championship. After learning that he and his wife are facing infertility, he also discovers that a group of fathers are plotting to have him dismissed as head coach. He cries out to God in desperation and after receiving a message from an unexpected visitor, Grant tries to find a stronger purpose for his football team. So, so inspiring. 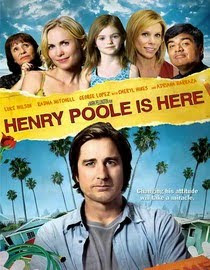 Henry Poole is Here. Rated PG. This is a kind of strange movie, and maybe not for young kids (because of Henry's drinking and they may just not be entertained as much), but my children (ages 10, 14, 16) really liked it. Henry Poole has purchased an old house that he doesn't intend to live in for very long because he's been told he only has six weeks left to live. He lives as a loner who binges on junk food and booze. But his neighbor, Esperanza, thinks that she sees the face of Jesus Christ in a water stain on the side of Henry's old house and it sets in motion a chain of unlikely miracles. It's a touching film, and the message is subtle. 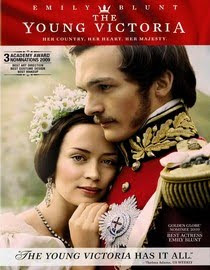 The Young Victoria. Rated PG. There are so many things working for this film. It is beautiful, for one thing, and Emily Blunt is a magnificent Victoria. This film tells the story of Victoria, who has been raised as a lonely child growing up under strict rule, and then becomes a young queen who seeks to establish her authority over those who have been ruling in her stead while she is still young and inexperienced. She seeks counsel and friendship in Prince Albert, played by Rupurt Friend, and their romance blossoms. Victoria becomes the longest reigning queen in all of British history. This story will pull you in. I wanted it to never end. 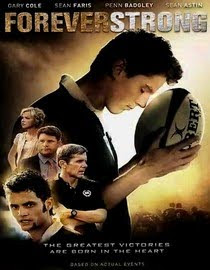 Forever Strong. Rated PG-13. I know this one is rated PG-13, but I still let my 10 year old see it. I think the rating is because of the subject matter that fuels this true story. Rick is a star player on his dad's rugby team, but gets himself in trouble with his bad-boy partying which includes alcohol and drug use--and also the consequences of that behavior, like a drunk driving accident that lands him in reformatory. He is given the choice of going to jail or playing rugby for a man who is known not just for his championship teams, but for the men he makes of the boys who play for him. This is a great, great story. 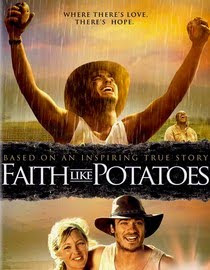 Faith Like Potatoes. Rated PG. Not my favorite title, and it doesn't even make sense until the end, but the movie is really great and also based on a true story. This is a Christian-themed film again, but such an inspiring story that it's worth watching no matter what you believe. Real-life farmer, Angus Buchan, accepts Jesus Christ after a series of trials and then begins to experience miracles like putting out a raging wildfire and raising a woman who has been struck by lightning. The transformation in Angus from a man who is short-tempered with his Zulu farm workers and his wife, to a lay minister who ends up preaching peace in a huge stadium is a testament to the power of God in anyone's life. 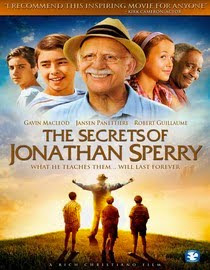 The Secrets of Jonathan Sperry. Rated PG. My kids chose this one, and we all loved it. It is a Christian film about a 12 year old boy in 1970 who befriends an old man named Jonathan Sperry. Mr. Sperry, who has recently lost his wife in an automobile accident, asks if the boy will mow his lawn for him, and over time they develop a friendship. He has his friends meet Mr. Sperry, who soon has the boys bring their Bibles to his house so that he can teach them about his faith. The effect that has is remarkable and it shapes the lives of many who live in the neighborhood. This is also a true story, and the lesson of faith and forgiveness is very touching. It got me right up until the very end. Tears!
So, go watch a film, and let me know how you like it! And pass on any other recommendations you might have for me!
Posted by Jenna at 8:21 AM

This summer we've enjoyed some good Netflix picks:
* The Thief Lord (based on a book)

* Booky (use that as a search term and then watch them all. Megan Follows... need I say more?)

Thanks for the suggestions. I really appreciate it!

I loved Facing the Giants. My favorite scene was where they had to do those suicide crawls (or whatever they're called) while blindfolded. Totally gave me chills!

We love facing the giants!!!!! I'll have to check these other movies out as well.