Guest Post: A Journey of a Thousand Miles, Part 1 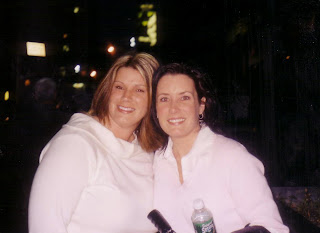 What an amazing honor it is to be able to share my story with those of you who follow Cranberry Corner! To be honest with you, this is a daunting task. Not because I wouldn’t do anything for my dear friend Jenna, but because of my personal worry that somehow I won’t be able to express myself with the insight and keen observation that Jenna so aptly gleans from her life experiences, and so succinctly and insightfully shares with her blog followers. I’ve put this off again and again, but promised Jenna that I would do this.

So, here is the story of the journey that began nearly two years ago – a journey that has brought on a both a physical and emotional transformation for me that began with a simple decision – I needed to lose weight. 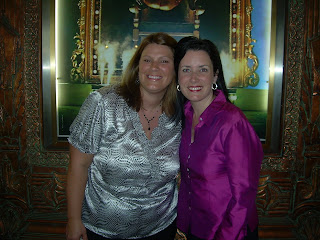 Before I get into all that, let me introduce myself. My name is Amber, I am 39 years old, happily married to the love of my life, Kevin; mother of four wonderful children, Alex, Kamryn, Allie, and Kenedie; and currently enjoy the pleasure of being a full time stay at home mom. I haven’t always had that luxury; I worked for five years as a very successful Mary Kay director – yes, pink Cadillac and all. I have no regrets walking away from a $100,00+ a year job while I was on top. In fact, in hindsight I recognize it as having been one of the more critical factors in freeing me to re-take control of my life.

I also want to make it clear that I am not a doctor, nor am I certified in anyway in the field of weight loss. I am also not a professional comedian. My purpose here is only to share with you the steps of my journey - the successes, the failures, the achievements, the setbacks, the physical and emotional roller coaster I encountered on the road to losing 122 lbs, and keeping it off, with my own self-deprecating brand of humor. So I don’t mean to offend or give advice that is in anyway to be construed as a panacea for weight loss. And just so you’re aware, and to also remind myself, the journey isn’t over. Many of the things that I share with you worked for me, and may not be for everyone. Caveat lector – let the reader beware! 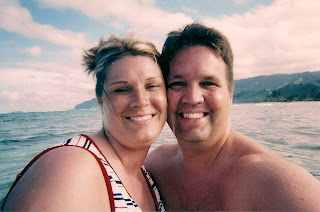 The Decision to Lose Weight

I hadn’t always been fat. In fact, all through high school I had a great figure, was a cheerleader, and kept in great shape. I was about 125 lbs when I got married, and like most of us, saw, what I thought, were normal weight fluctuations over the course of my married and childbearing years. It’s amazing how those pounds slowly creep on – not all of a sudden like.

After almost twenty years of marriage, raising four small children and a husband (I’m not done!), cooking, cleaning, working, running around crazy like we all do (well, maybe not RUNNING), one day I stood looking at myself in the mirror and was shocked: What in the world had happened to my body? I felt like I was living the movie “Invasion of the Body Snatchers”, and something had gone terribly awry in the switch! I got the wrong pod! That a 250+ lb body that had no semblance of the person had somehow replaced 125 lb body I had started out with!

Okay, to be honest, I wasn’t completely shocked: I had seen it coming, but like many of us, when I caught glimpses of unwanted cellulite, I resolved to shed the extra weight. I was successful, multiple times. I lost plenty of weight over the years. The problem was, it seemed to be the same 10 – 20 lbs over and over, and they always seemed to bring a few friends with them! At one point, I lost sixty pounds, and kept it off for a while, but several years later I found myself again – larger than life! 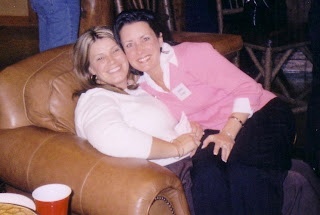 Amber and me at a Mary Kay convention, October 2003ish

I was also acutely aware that carrying that much weight was beginning to cause me serious health problems. I didn’t like the heartburn. My shoulder ached so badly I truly believed that I was going to have to have rotator cuff surgery. Diabetes runs in my family, and I suffered from thyroid problems. I began to get scared that as I grew older, the medication that I would have to take to control the health issues I was beginning to face would become overwhelming.

And to be honest, I was tired of not looking good for my husband. I think it’s important that you know that while my husband never ever made me feel bad about my weight gain, and loved me for who I was, I was not happy nor confident with my body, and hated that I had morphed into something I thought that he would not nor should be attracted to – and psychologically, that can be brutal. I felt he deserved better.

But you know, all of us can have experience after experience, advice and advice thrown in our face and still do nothing about it. There has to come a point in our lives that pushes us over the edge of inaction into action: The proverbial last straw.

As I contemplated the things that I would write here, I bounced ideas off of my husband, Kevin. He attends Weight Watchers, a program that I went through ten years ago (it taught me the secret of losing weight – portion size combined with exercise). While I no longer participate or attend, it taught me the fundamental principles behind losing weight and keeping it off. Kevin turned to me as we were mulling over ideas, and said, “What was the last straw?” When he went to his first meeting, they handed him a straw. It represented the last straw – what event or moment pushed him off the couch and out the door to his first meeting.

We all have a last straw. I don’t believe that it is only one straw that motivates us to get out and change our lives, but rather the cumulative effect of many experiences that builds until we hit that moment – that last straw.

Mine came on a hike. It was 2008 and my daughter Allie begged me to go on a 5th grade class outing to Zion’s National Park as a parental chaperone. I was hesitant, but knew several of the teachers and parents going, and several were in at least as bad a shape as I was, or so I thought, and so I agreed to go. How bad could it be? Let’s just say…BAD!

I was fatigued from the outset. The hike was several miles long, and I immediately decided that I didn’t like hiking for a reason – the walking and sweating! I quickly fell behind, and Allie, being the sweet daughter that she is, stayed with me while her classmates went on ahead. It got to a point where I couldn’t go any further, and I had to stop. I told Allie that she should go on with her friends. She refused and wanted to stay with me. We turned around, and went back down the trail to where we thought the group would meet. I thought that we could subtly rejoin the group without much fanfare, and none would be the wiser that I couldn’t finish. But NO! Apparently they became aware that we were no longer with the group, and were frantically searching for us, and it became quite a big deal – not the subtle approach that I had hoped for. Needless to say, the personal embarrassment of not being able to complete the hike and the public shame of being looked for and having to fess up that we had to turn around was…my last straw!

Just to be clear… I don’t take defeat like that well. A year later I went back on that hike with my family and completed it with no difficulty. And to turn defeat and humiliation into victory, I returned a year later with my daughter Kenedie’s 5th grade class and quietly turned that personal humiliation into a quiet personal victory and achievement. 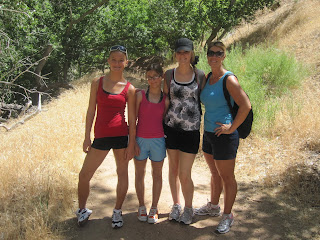 July 2010, Amber completes the hike with her girls

Fantastic! I can't wait for more! SOOOO proud of and inspired by you, sweet Amber!

Ok. I am bawling... Jenna, I love you ~ thank you for sharing Amber with us. And thank you, Amber! I feel like I have 3 or 4 or 15 or 20 last straws, and they are hidden at the bottom of the bag of Cheetos that I am seriously eating as I read this. I am praying for the strength to begin my own journey... for good. January of 2000 I had gastric bypass surgery. I was 320 lbs. I lost 160 lbs in 10 months, had a tummy tuck and stayed thin for several years. Then cancer, a divorce, etc... It creeped back on and I am now 260 lbs. I don't know how I let this happen. You are beautiful and amazing and I can't wait to hear the rest of your story! I am throwing the rest of these Cheetos away...

Can't wait to read the rest!

This is a great story Amber. I think it's something a lot of people can relate to. You look great by the way. I love hearing what it is that motivates people to make a change. Can't wait to hear the rest of the story.

Boo on putting this story in installments. I know Amber and can hear her voice as I read her writings. Can't wait to hear the rest of the story. She looks great! SO proud of her. I like your blog too Jenna. Good stuff!