Guest Post: A Journey of a Thousand Miles, Part 3 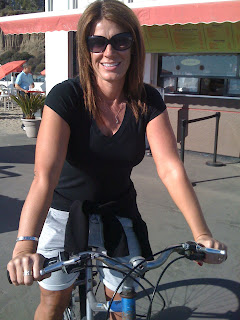 Step No. 4 – Physical Movement. Now, I want to be clear that what I am about to share with you is my own personal belief, and is based on my own experience. But I learned throughout the past year that exercise is not the key to losing weight, caloric consumption is. Ever see anyone who regularly exercises and doesn’t lose weight? I see people who consistently run around my neighborhood, rain or shine, and don’t look any different!

Now, I am not advocating a couch potato attitude, in fact, anyone who knows me knows that I exercise. I am currently training for my first half marathon this month! But I strongly believe that exercise is not the panacea for weight loss. It is a key component, but without watching what you put into your mouth, exercise alone will not do the trick!

I decided that I needed to do some form of exercise everyday, consistently. You know what the best exercise in the world for you is? THE ONE YOU WILL DO. For me, I decided one exercise that I could do at 250 lbs was WALK. Now, I knew I couldn’t walk very far, but I had to start somewhere. I was also realistic. I wasn’t going to walk all this weight off in one exercise session. I’ve known so many people who get an incredible resolve to exercise or work out, go give their first workout 150%, and never go back. Failure.

I started out by walking around the block. Not great, but it was a start. Each day I tried to go just a little bit further than I did before. Before long I was walking a mile. I bought some decent walking shoes (Rewards – I’ll talk about that later) and before long was walking four miles. I felt great and looked forward to my walk everyday. I dedicated myself to making this walk a priority in my routine.

One day Kevin mentioned that I should try running. I thought to myself, I can’t run! Then it dawned on me that as far as I knew, I never really saw a fat runner! And I didn’t want to be fat! So I began to run. Well, jog or trot. I can distinctly remember my first run. It was to the end of the block. Wow! Not far, but 500 yards further than I had run before. I was 500 yards further into my journey of a thousand miles.

I gradually increased my run/walk regiment. Slowly, I began running longer stretches and walking shorter ones. I kept to the four miles, because I didn’t want to be exercising all day! I occasionally got frustrated because I didn’t feel like I was progressing. I would get discouraged. But if I did, I would change my route or change my music (a must to keep motivated) or change the time I got out the door.

I can remember one discussion where Kevin mentioned that if I slowed my pace, he thought I would be able to run the full four miles. I thought that this was impossible! I had only been able to run a mile or so without walking. So I tried it. I slowed my pace way down – and voila – I did it. I ran four miles.

Right now I am currently training for my first half marathon. Two Saturdays ago, Kevin and I went out for our long run of the week. We have been intensely training for the eight weeks leading up to the event. We got up and started our training about 10am. Approximately two hours later, we wobbled up to our car where we had left it. I was deeply disappointed that the run had not gone as well as I had hoped. My knees ached, my toes had blisters, and nothing seemed to have gone as planned. I was discouraged when I realized that we had not gone as far as I had hoped or that we had planned. I was down on myself and at that point Kevin got a little pointed with me, and in a sarcastic tone, said, “Ya, I can see how you would be disappointed in running 10 ½ miles without stopping. How pitiful.” As I write this, I realize, that is a long way from that initial walk around the block.

I learned that exercising was conditioning my body, and helping my metabolism. To do this in such a way that it would have the greatest impact, I knew that I needed to push myself. I had to exert myself, but not to the point where I didn’t want to exercise the next day. When I got bored, I changed my routine.

I joined a local gym. I purchased good shoes ($100+) to work out in. Maybe you are thinking in your head that it’s easy for someone to lose weight when they have money to do all these things. I’m telling you, I didn’t always have the money to do these things. But I found it. I traded things I used to do for things that would help me in my journey. Even when I was my poorest, there always seemed to be money for fast food. Having given that up, I used some of that money to join a gym – one without more than a month-to-month commitment. Couldn’t afford it? At this point, for my own well being and the good of my family, I couldn’t afford not to! 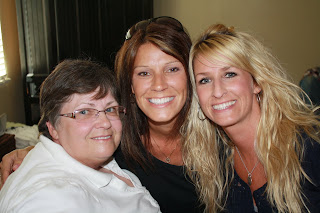 Amber with her mom and sister, Tiffany

As I continued to lose weight, I decided that I wanted to tone along the way. As I mentioned before, I joined a local gym. But before I did that, I visited my sister Tiffany for a week.

My sister Tiffany, besides my husband Kevin, has been one of my biggest cheerleaders along this journey. She has been there every step of the way, only a phone call away, willing to listen to both elation and tribulation!

My sister is also very fit herself, and developed a workout regimen at the gym that worked for her. I spent a week with her and she taught me some techniques and exercises that would help me work on the areas that I wanted to improve on. That week I spent at her house was a turning point for me; I look back on it with fondest and the greatest appreciation for Tiffany. My cup was refilled, and I was ready to continue the journey.

When I joined the gym, I developed a regimen that combined workouts with cardio, for those days I wanted to do something different. I also hired a personal trainer for several sessions. He helped me with my technique, and taught me other things that would help me tone along the way, as I continued to lose weight.

I know this seems like a lot, and may be overwhelming, but remember, this all happened gradually over time. I didn’t start off running 10 miles and working out at the gym five days a week. I grew into it, and as I felt better about myself, I added things that would push me and get me results. These are steps along the way. And some steps are just that – steps. They are left behind. But they are steps along the way, nonetheless. 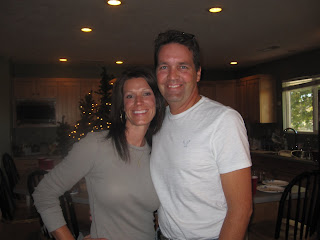 Step 5 – Recognize Accomplishments and Minimize Impact of Setbacks. I knew through this long process that the only way I was going to make it through this journey was to recognize accomplishments along the way. I knew there were going to be setbacks, and they would discourage me. So knowing that, I knew I had to celebrate the victories, no matter how small they were. I also had to get past the setbacks with minimal impact to my long-term goal. Short-term rain clouds and thunderstorms can often obscure the long term forecast. I didn’t want to lose sight of my goal.

Some of my accomplishments that marked my path along the way:

These were some of the major accomplishments along the way. The little accomplishments were what kept me going, and were numerous! I know it sounds like many of my accomplishments were clothing-related, but clothes were a great indicator of my weight loss. It was visual evidence that all of the hard work I was doing was paying off. Plus, I love nice clothes!

Some of the setbacks that I had to put into perspective: 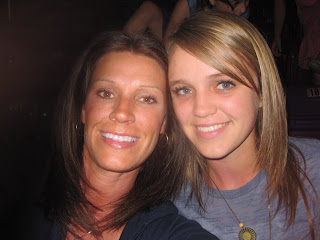 Amber and her daughter, Kamryn
(To be concluded tomorrow!)
Posted by Jenna at 6:12 AM

This is so very inspiring to me. I'm going to go put on my walking shoes right now and get started. Thank you!

This is just an amazing story, Amber. Love your perspective on your journey. So honest, but so positive.

Wow! She is truly inspiring! I am currently working on losing weight and have done things very much the same as what she mentions here. I hate the word "diet" and have never "dieted". Eating healthy is definitely a lifestyle change. Looking forward to the rest of her story!